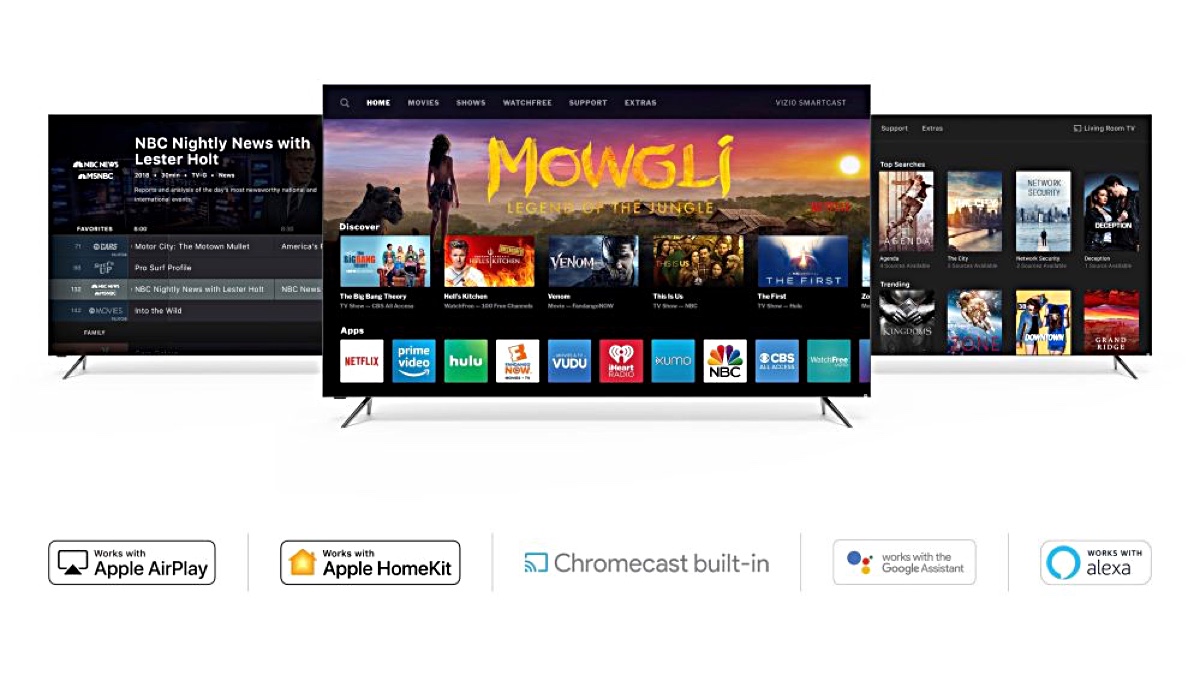 Apple wasn't kidding when it said that AirPlay 2 was coming to more devices with VIZIO now joining the bandwagon set in motion by Samsung.

Earlier today it was revealed that Samsung would bring AirPlay 2, iTunes Movies and TV Shows to its Smart TV range for 2018 and 2019. But alongside that news was an interesting tidbit that AirPlay 2 would be coming to even more devices and is not limited to Samsung at all. Lo and behold, VIZIO has revealed that it will be adding AirPlay 2 and HomeKit support to its existing and new range of SmartCast TV sets.

“At our core, VIZIO is committed to delivering value. SmartCast 3.0 is one of the ways we’re doing just that. By adding support for Apple AirPlay 2 and HomeKit, users can play content from their iPhone, iPad, and Mac directly to SmartCast TVs, and enable TV controls through the Home app and Siri,” said Bill Baxter, Chief Technology Officer at Vizio.

Coming in as a software update in the second quarter of 2019, AirPlay 2 will allow iOS and Mac users to instantly beam images, videos and any other content onto the big screen wirelessly. But what's more interesting here is the fact that the SmartCast TVs will add support for HomeKit.

Basically, when the software support arrives, the TV set will appear in your Home app on the iPhone, iPad or Mac. From there, you can turn the TV set on or off, change sources, adjust volume and more. Basically, if you ever thought that your VIZIO SmartCast TV isn't 'smart' enough then this little update is going to fix that wrong in no time.

Even if you're not an Apple user, the SmartCast range of TVs are extensive when it comes to streaming options. It even comes with Chromecast built right in if that's the route you wish to take for streaming your favorite cat videos. Also, the TVs are also compatible with Amazon Alexa and Google Assistant, meaning that you have multiple assistant options at hand in order to take control of your media.