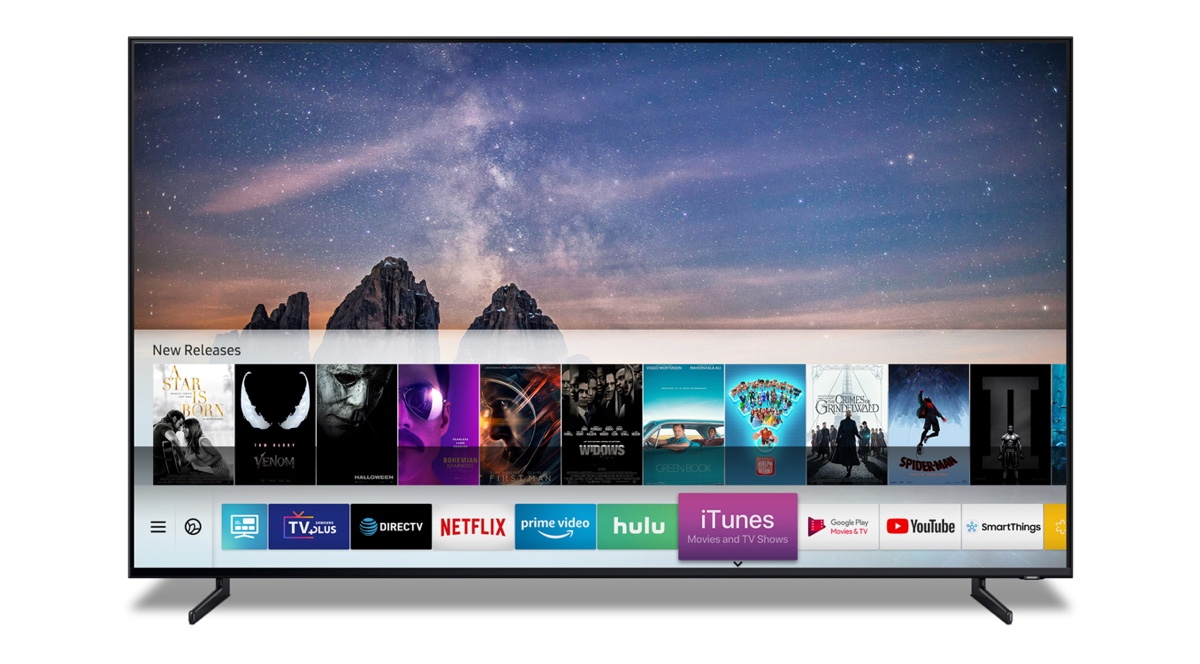 Here's an interesting one: in a rather unforeseen move, Apple is bringing iTunes Movies, TV Shows and AirPlay 2 to Samsung's latest lineup of Smart TVs.

Apple is generally thought of as a closed system by many. But if the latest news straight from Samsung is anything to go by then it's safe to assume that things are changing really fast in Cupertino and South Korea both.

According to an official announcement from Samsung, Apple is bringing iTunes to Samsung TVs, which includes 2018 and the latest 2019 models that are set to ship in Spring. Interestingly, the 2018 models will receive the iTunes blessing via software update which is expected to arrive some time in Spring. The 2019 Spring models will ship with iTunes out of the box, obviously.

What's more interesting here is the fact that Apple is also bringing AirPlay 2 to TVs meaning that you can skip on buying an Apple TV altogether since you can just beam stuff from your phone or tablet to your TV using Cupertino's legendary wireless broadcasting protocol. This is a rather interesting move as it paints a really bad picture for the Apple TV itself. Is Apple going to axe its set-top box altogether or cut down on its development in some way? We'll know for sure later this year.

Last but not the least, Apple's AirPlay 2 page suggests that the expansion of the company's services is not limited to Samsung TVs either. It's likely that this expansion will continue to other brands as well, with hopefully Sony, TCL and others soon to join the iTunes and AirPlay party.

With the new iTunes Movies and TV Shows app on Samsung Smart TVs, Samsung customers can access their existing iTunes library and browse the iTunes Store to buy or rent from a selection of hundreds of thousands of movies and TV episodes — including the largest selection of 4K HDR movies. iTunes Movies and TV Shows will work seamlessly with Samsung’s Smart TV Services, such as Universal Guide, the New Bixby and Search, to create a consistent experience across Samsung’s platform.

Although this move might not sound like 'Apple,' but it's a big win for the consumer as they will be able to enjoy their iTunes content without having to invest in additional set-top hardware. What's more interesting here is how Apple will be able to boost its services devision down the line with this announcement.

Guess we'll have to wait until Summer for that one.