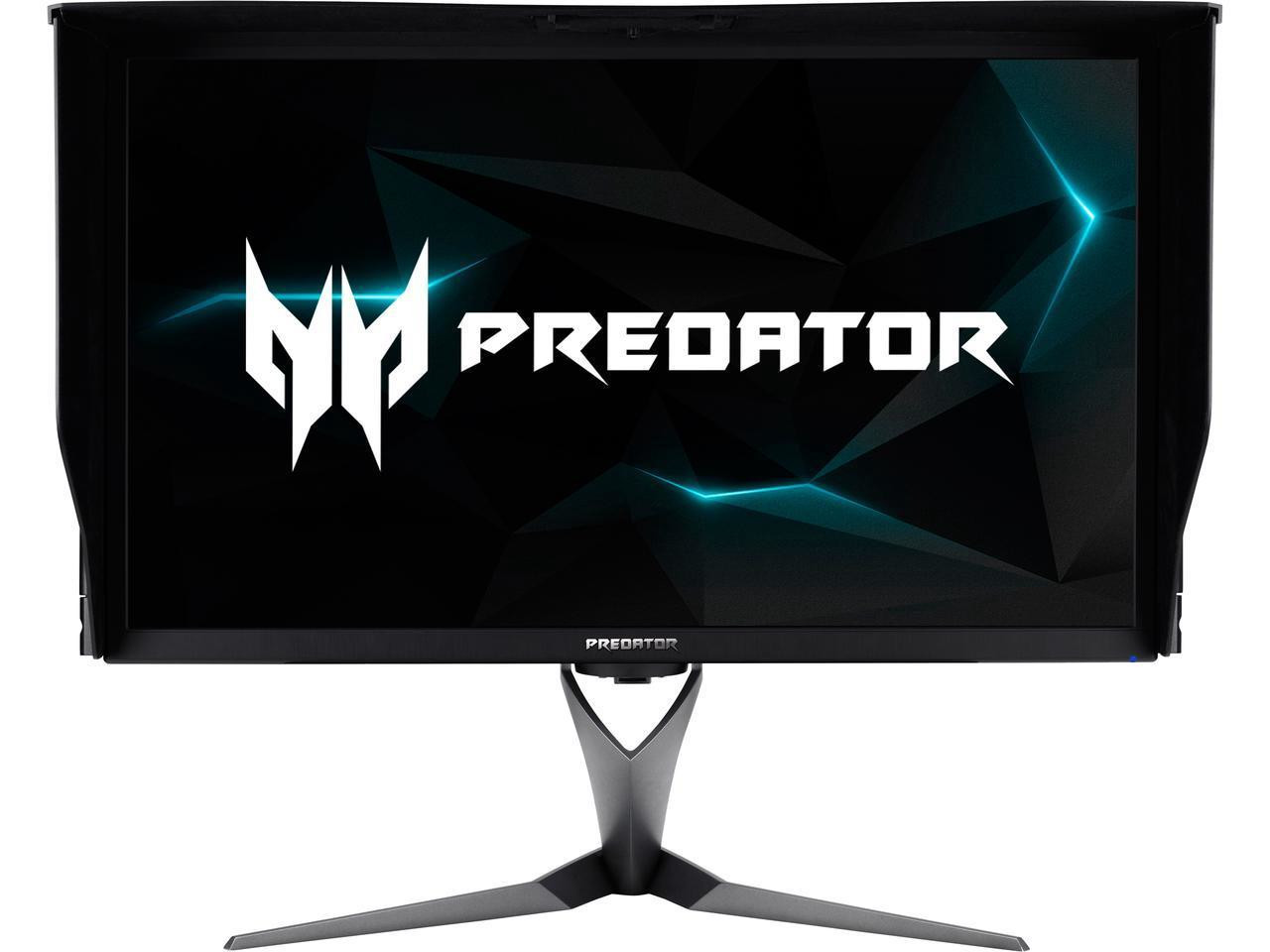 Many have asked "When will we see 4k 144Hz G-Sync Monitors" like the one's Nvidia showed off at CES 2016, well your question has been answered as the Acer Predator X27 is now available for pre-order at Newegg for a whopping $2,000.

The monitor has some incredibly impressive specs (As it should for that price!) with a 4k AHVA IPS Panel with 178°/178° horizontal/vertical viewing angles, a response time of 4 ms, and a refresh rate of 120Hz with G-Sync out of the box but 144Hz being achievable through overclocking according to Acer. It also is capable of reaching a brightness of 1,000 nits with full 10-bit HDR support, as well as the aforementioned Nvidia G-Sync. For connectivity the monitor has a single HDMI 2.0 port, a DisplayPort 1.4 and 4 USB 3.0 Ports in case you want to use the monitor as a USB Hub.

It's no slouch in the professional environment with 99% Adobe RGB coverage for the 2nd job with the work you'll have to do in order to pay off this monitor.

Gordon Mah Ung from PC Gamer recently took a look at the monitor in the above video and was thoroughly impressed with it. Our team is also looking forward to taking a look at it during Computex. This seems to use the same panel as the Asus ROG Swift PG27UQ which was found on a European site for over 2,500 Euros, though the Predator is cheaper than the ROG Swift, we were still hoping it would be a bit under $2,000 but it's acceptable due to how cutting edge these monitors are. We imagine a lot of time and money went into the production and designs of these panels.

TUF Gaming VG249Q is a 24″ inch monitor from ASUS, with FreeSync enabled