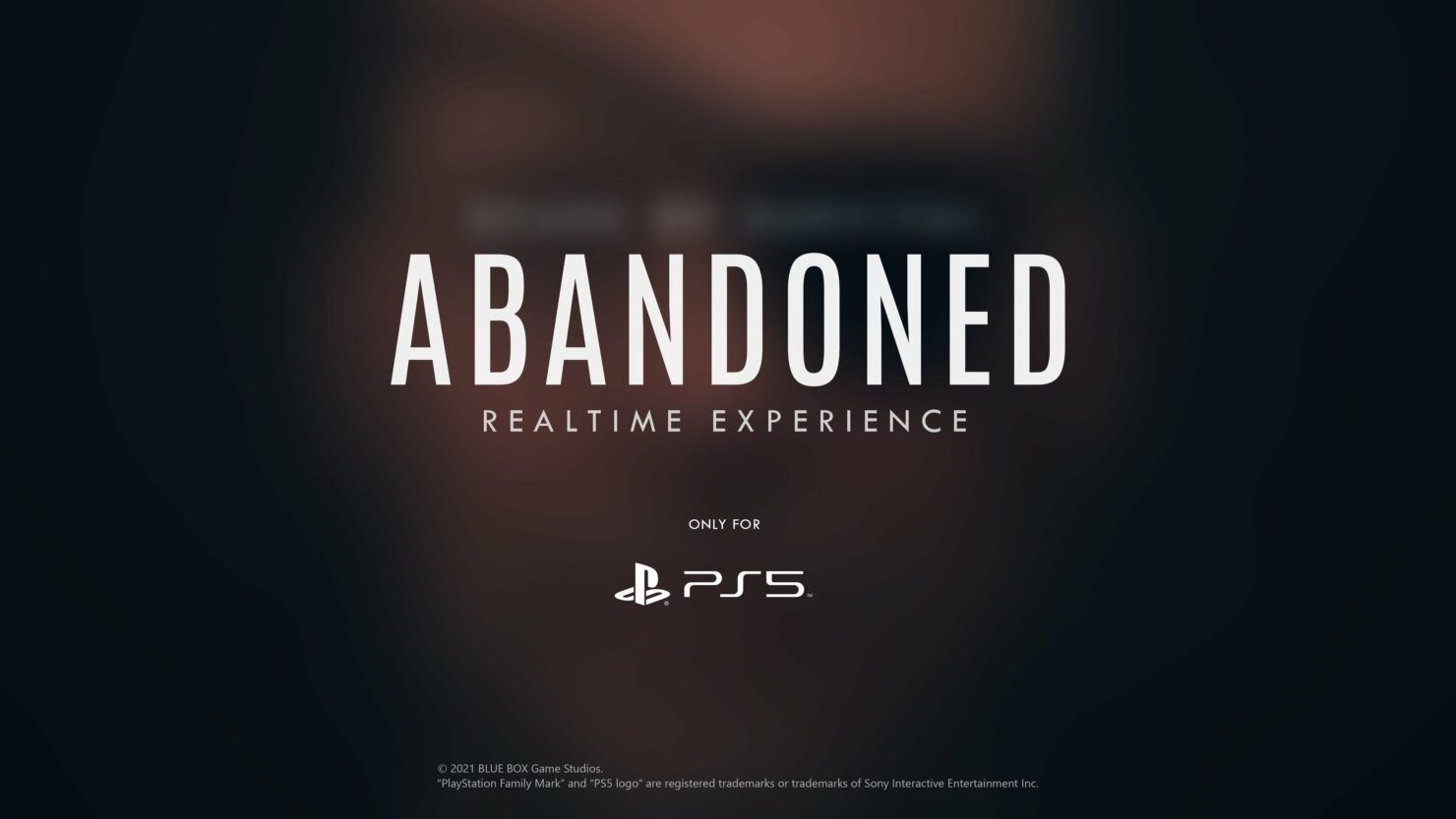 Ever since the game’s announcement earlier this year, rumors and theories about Kojima’s involvement and the title being a new Silent Hill installment have been popping up like mushrooms after a rain. Partly, these ‘theories’ have been fueled by the developer’s own teases and rather clumsy (or brilliant?) marketing techniques. In a recent interview, Kahraman expressed that Abandoned’s development has been negatively affected by the Kojima rumors, and while Kahraman already stated on several occasions that his studio is in no way associated with Kojima, the conspiracies continue.

"We received several emails regarding the Hideo Kojima rumor", Blue Box wrote earlier. "We have no association with Hideo Kojima nor do we claim to have any association nor was it our intention to claim such a statement."

Talking to NME, Abandoned’s creator wants to make it clear one more time that Hideo Kojima isn’t involved in any way and that the game is not a Silent Hill or Metal Gear game. NME was provided a breakdown of the game, including plenty of details, to state this is indeed the case with Abandoned.

“In fact, we know exactly what it is. Hasan gave us an exclusive rundown of Abandoned including plot details, how it plays – just about everything we could ever want to know”, the outlet writes.

“We can finally debunk those rumors – it’s not a Silent Hill game. It’s not Metal Gear.”

“After giving us a lengthy breakdown of the game’s plot, Hasan asked us to keep it to ourselves. But one thing we can say is that Abandoned is absolutely not what you think it is. Not even close.”

When asked about Kojima’s involvement, Kahraman was quick to debunk this ‘false’ rumor.

“No,” he said when asked directly about Hideo Kojima’s involvement. “No, absolutely not.”

“A few days ago, Hideo Kojima posted on Twitter a doll of himself where he was standing with a zipped shut mouth on a blue box and he was really vague with it,” Abandoned’s creator added. “Because of that, a lot of people assumed that he was working on our Realtime Experience. This was after the delay, and he said ‘I wanted to change a few frames on the trailer, but everyone stay calm’. I think it was his way of trying to manage the craziness, to keep everyone calm, but other than that, we don’t really work with Kojima.”

The rest of the interview provides additional details about the studio’s upcoming shooter survival, and the unfortunate troubles surrounding its Realtime Experience Application on PlayStation 5 – an app that was supposedly plagued by several issues.

We highly suggest reading NME’s full interview in case you want to learn more about Abandoned and Kahraman’s thoughts about being labeled as a scammer.

Abandoned is slated for a release on PS5 later this year. The game is also arriving on PC later on.