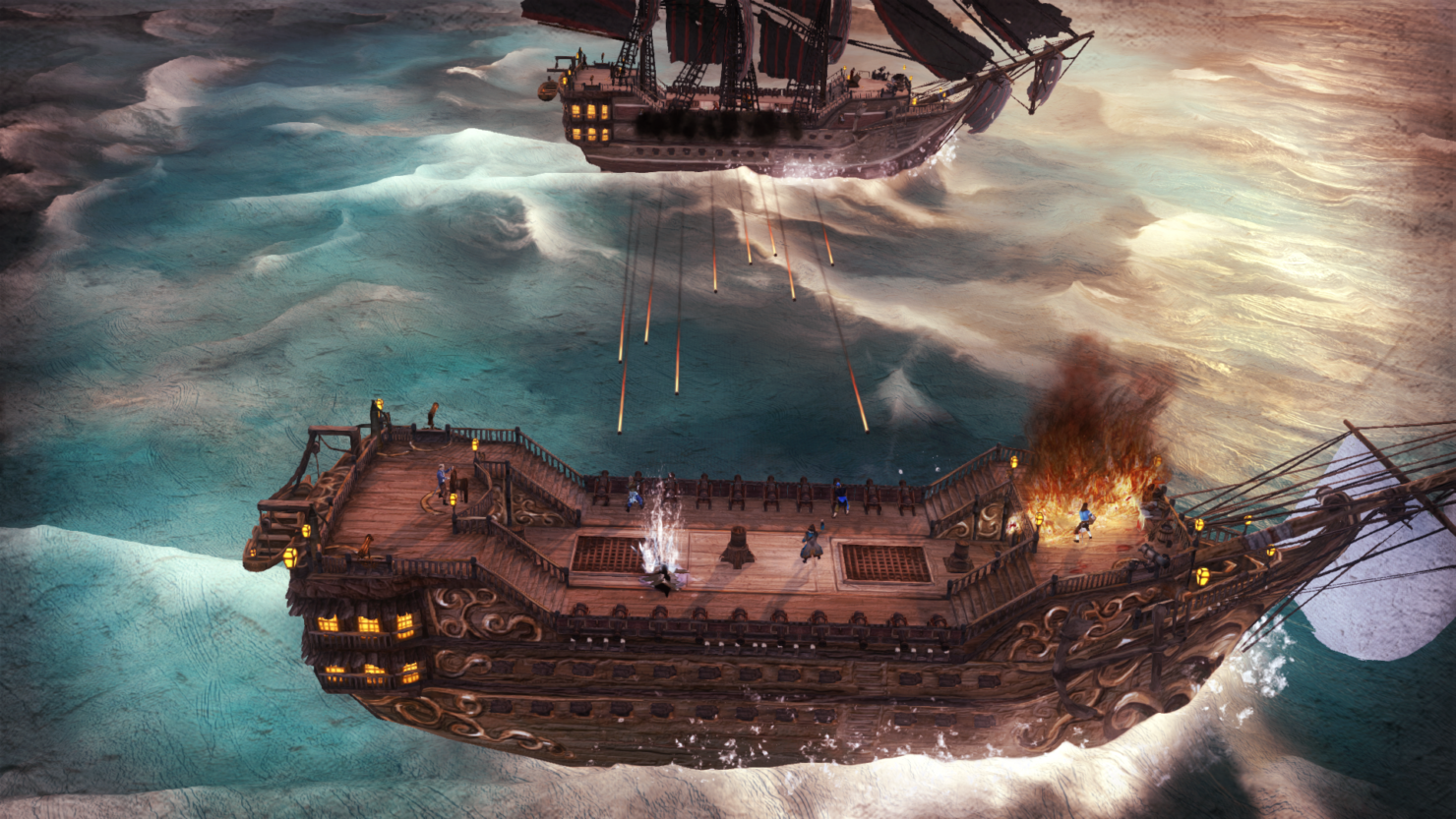 You might recall our previous coverage of Abandon Ship, the single player procedurally generated game set in a fantasy version of the Age of Sail.

Fireblade Software recently shared a new trailer focused on how the Exploration Mode ties into the rest of the game. They've also revealed many additional gameplay details, too.

Abandon Ship is still due to launch this year on PC. Meanwhile, you can add it to your wish list on Steam.

Players can travel along Sea Routes that allow Captains to move to new areas for a Supplies cost. These are behind locked gates that can be opened by completing a set number of events, so players need to balance how much they take on before they are forced back to port to repair and upgrade their ship before venturing out again.

When moving to new areas, a destination is chosen from the Region Map. This shows information on adjacent areas such as the weather or if there are ports to be found. Because each exploration map can only be reached through Sea Routes, Captains must choose how they unlock paths through the world. While each region contains many individual exploration maps to explore, the trailer provides a glimpse of the World Map, with over a dozen regions. Thus viewers should begin to understand the scale of the world and how much there is to explore.
Procedural generation determines the placement and routes of exploration maps within a region, while the islands, ports, events and environmental modifiers are also procedurally generated, ensuring the world is different for every player.

While the main story – centred around thwarting a Doomsday Cult – will drive the player to certain locations, the open world is a diverse one to explore thanks to its wealth of variety – be that through the differences in biome, weather, time of day or water roughness – not to mention the myriad of strange places to explore that are completely separate from the main story.

In addition, each Region within the World Map has a theme which influences what players may discover there. All of these factors tie into the gameplay, affecting the choices players make – whether that is on a strategic level or the moment-to-moment tactical decision-making process in battle. Life in Abandon Ship is about surviving on the edge, snatching victory from the jaws of defeat. Because of this, ship destruction is a very real possibility. The trailer also shows what happens in these circumstances. If the Captain goes down with the ship, then they must survive with deteriorating health. If they make it to the Lifeboat, then they must cope with dwindling supplies and morale. This will be a low point in the nautical career of Captains, and death may still lie in wait. However, survive for long enough and they can be rescued and continue their journey. As long as the Captain is alive, there is always hope.