A Quake Reboot Is in Development by Id Software – Rumor 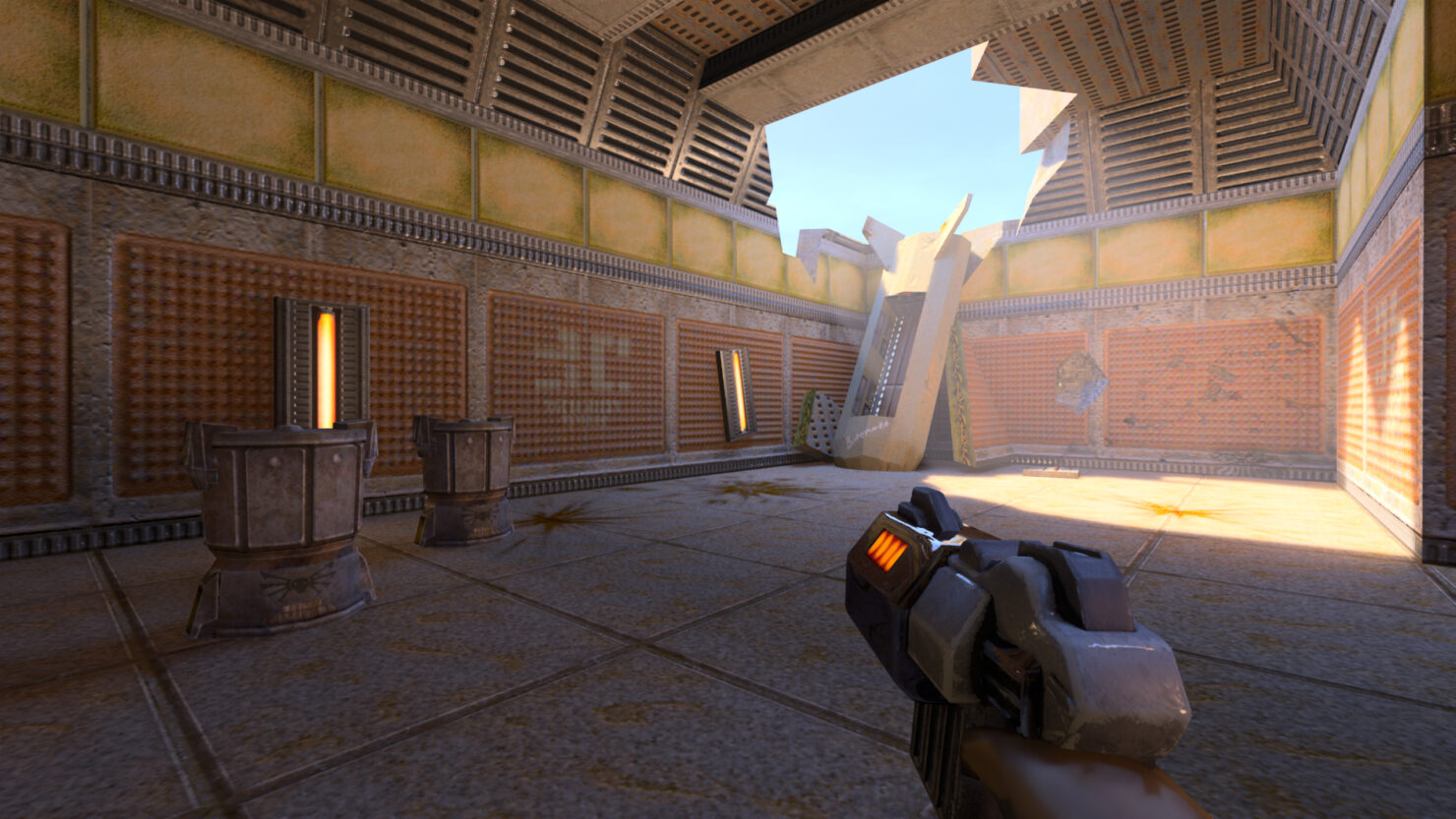 A Quake series reboot is rumored to be in development, and it will feature both single-player and multiplayer modes.

Speaking on the latest episode of the XboxEra podcast, Shpeshal Nick, co-founder of XboxEra, revealed that a reboot of the now-classic first-person shooter series is currently in the works by id Software, with Wolfenstein developer MachineGames helping. According to Shpeshal Nick, the game will feature both single-player and multiplayer modes, and the main character will be a woman.

While Shpeshal Nick may not be as known as other insiders, he did reveal correct information regarding a variety of games, including Hades coming to Xbox Game Pass this year and the PlayStation Plus April game lineup, so there may be some truth in what he has revealed on the Quake reboot.

It has been some time since we have seen a brand new Quake game release on PC and consoles. The latest release for the series is Quake II RTX, a ray-traced reimagining of the classic first-person shooter.

Shortly after landing on an alien surface, you learn that hundreds of your men have been reduced to just a few. Now you must fight your way through heavily fortified military installations, lower the city's defenses and shut down the enemy's war machine. Only then will the fate of humanity be known.

Quake II RTX builds on the work of Christoph Schied and the team at the Karlsruhe Institute of Technology, who added ray tracing to Quake II to create Q2VKPT (in turn building upon the Q2PRO code base). NVIDIA has introduced new path-traced visual effects, has improved texturing, and has made dozens of other changes and improvements, resulting in an experience that rivals games created today, and pushes your RTX hardware to the limit.

We will keep you updated on the Quake reboot as soon as more come in on it, so stay tuned for all the latest news.