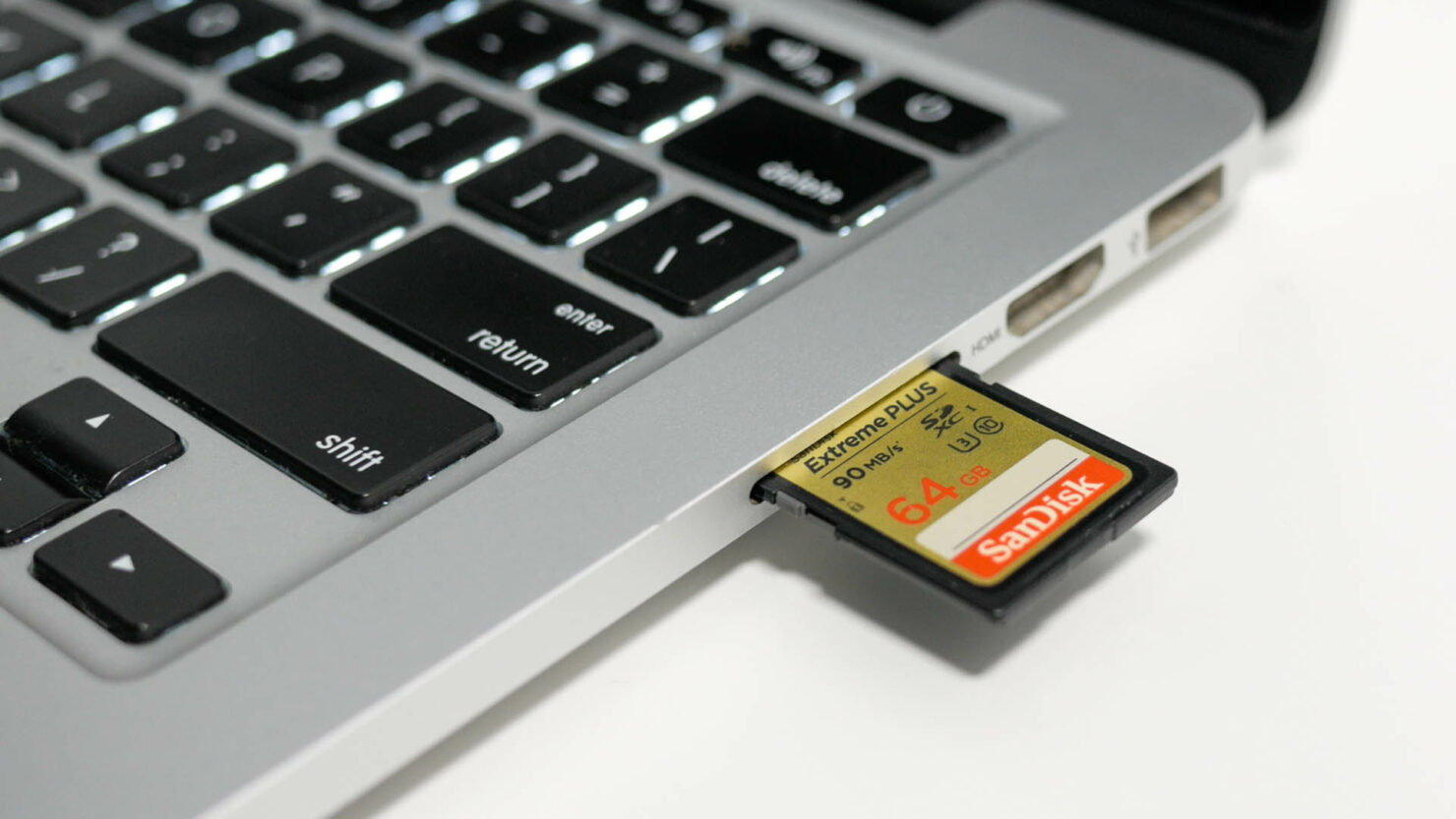 Apple is expected to unveil its 14.1-inch and 16-inch MacBook Pro models during the second quarter of 2021. While we should expect a redesign of the two models, another reason to be excited for is Apple reportedly bringing back MagSafe and a bunch of other ports to the machines. According to the latest report, one of them that could make a comeback is an SD card slot.

No MacBook Pro has had an SD card reader ever since Apple introduced a redesign back in 2016. Customers got Thunderbolt 3 ports in return, which deliver more throughput, but you would have to adopt the dongle life, inhibiting portability as more accessories needed to be carried around. According to Bloomberg, that no longer will be the case. It looks like Apple wants to appease the creative market once more.

Keep in mind that both MacBook Pro models are reported to arrive with mini-LED screens, along with Apple’s in-house silicon. One tipster earlier said that the next Apple Silicon would be a 12-core part, suggesting it will be more powerful than the 5nm 8-core M1 chip. More performance is exactly what creative professionals will look forward to, and adding an SD card slot will be the cherry on top.

We can expect to see USB 4 ports on the new models too. Side by side, Apple could remove the Touch Bar, possibly to reduce manufacturing costs and make the MacBook Pro models more compelling price-wise. According to a previous report, the sales of these two newer models, along with the M1 Macs, should raise Apple’s market share to 7 percent, up from a measly 0.8 percent. If these machines are a little out of your budget, the company is also prepping a new MacBook Air, which is said to be thinner, lighter, and will feature the MagSafe connector.

Depending on Apple’s decision, the MacBook Air could arrive in H2, 2021, or early 2022. If it’s the latter, the notebook could also feature a mini-LED upgrade. These will be some exciting few months, and we look forward to what Apple has in store for its customers. Like always, we’ll update our readers with the latest info in the future.

If you wish to see what the new MacBook Pro models can look like, there’s a beautiful concept that shows both the 14.1-inch and 16-inch versions below.