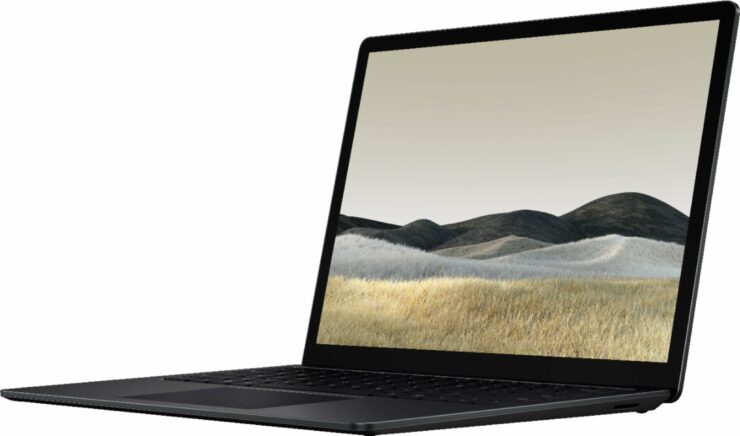 Before we get into the numbers, here are some specifications for the configurations we compared:

Note that the 16-inch MacBook Pro is a base model, without any upgrades, while the Surface Laptop 3 is the best configuration that you can buy.

When you pit these beasts against each other in terms of CPU performance, here is how they compare on Geekbench 5:

To put things into perspective, the base-model 13-inch MacBook Pro, which sells for $1,299, scores 976 and 4169 on single-core and multi-core benchmarks, respectively.

These are the 3D Mark Fire Strike benchmarks cores for the AMD Radeon 5300M and AMD Radeon RX Vega 11 GPUs in these systems (from Reddit).

As per Laptop Mag's benchmarks, which involves copying some files and measuring the speed, the SSD in the Macbook Pro is almost 8 times faster than Surface Laptop 3.

It is not the case that the Pro is blazingly fast here, the fact is that Microsoft has put an SSD that is too slow compared to any other competitor in 2019, for a similar price range.

Benchmarks do not always reflect real-world performance, but these numbers are good indicators of what to expect from a computer, when compared to another one. Based on the above numbers, it is evident that the 16-inch MacBook Pro provides much better performance per dollar, compared to the Surface Laptop 3. Microsoft has made some odd compromises with their laptop, specially in terms of the slow SSD, which does not justify the premium they are charging.

It is also important to bring up the following claim by the company from the product launch day:

Microsoft claims that its latest Surface Laptop 3, courtesy of the Ryzen 3780U, will outperform a similar MacBook Pro by 70%.

In the end, if you prioritize maximum value, larger screen-size, and your budget falls in that $2,000+ range, the base-model 16-inch MacBook Pro is a no-brainer, despite some shortcomings like last-generation CPU, no high refresh-rate display, and lack of Wi-Fi 6. However, If you are a hardcore Windows user, you might want to look at better options from competitors like Dell, Razer, HP and Lenovo, who are selling better performing systems for these prices.