[Updated]: 12-inch MacBook Teardown Reveals One Stunning Device From the Inside Too

First ever 12-inch MacBook teardown is finally here and shows quite a spectacular sight of the new MacBook's innards. Released in March, Apple announced the new MacBook as the lightest and most compact MacBook ever made. Which essentially means cutting down on the size of various components and changing the way they perform the tasks - for instance, the new butterfly technique employed in the keyboard. Once inside, all you notice is batteries and hardly anything else. 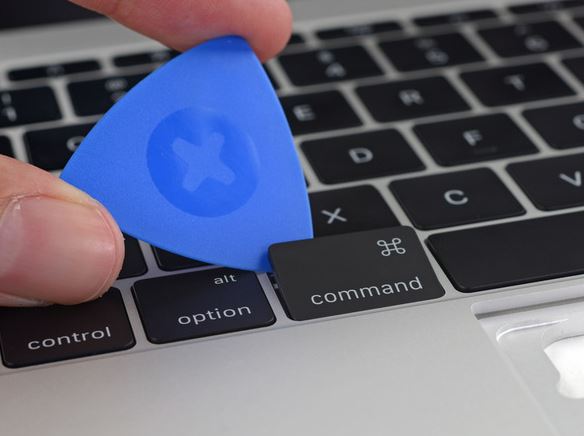 The first ever 12-inch MacBook teardown is here thanks to a user from Feng.com who has revealed what the MacBook looks like from the inside. Apple reduced the size of motherboard by more than 65% as compared to what it fits inside a MacBook Air. The batteries, while large, have a terraced design helping make the new MacBook light while filling up its space inside too.

Here are the 12-inch MacBook teardown images to show the sleek designing that Cupertino technology maker has employed in this gorgeous new laptop.

Following are the specs of this new 2015 MacBook to help you decide if you are looking forward to get one for yourself:

Proprietary pentalobe screws continue to make opening the device unnecessarily difficult, and new cable routing makes the procedure even trickier. The USB-C port is secured by tri-wing screws, and buried under the display brackets, complicating replacement. Also, being the only port, it will experience more use and wear than a typical single-purpose port.

The battery assembly is entirely, and very solidly, glued into the lower case. The Retina display is still a fused unit with no separate, protective glass. If the display needs replacing, it’ll cost a pretty penny. The processor, RAM, and flash memory are soldered to the logic board.

The brand new 2015 MacBook teardown by iFixit gets the lightest MacBook lowest score of 1 / 10. Here are the images of the teardown: