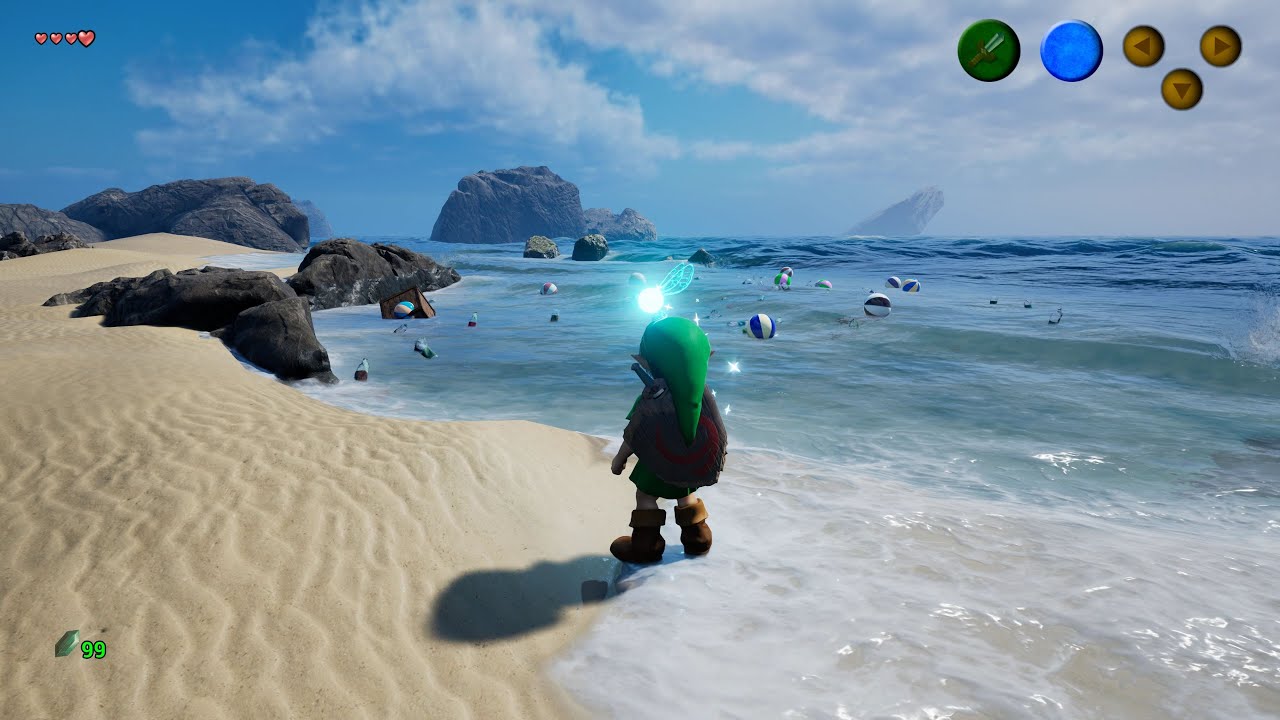 Courtesy of YouTube channel ‘Digital Dreams’, a new graphical showcase has now been released, showing off this impressive fan recreation in Epic’s new game engine in 8K resolution and with some mesmerizing water effects, and some footage from the Temple of Time (as also featured in last month’s demo). Check out this new showcase down below:

“Finally ported to UE5 and I don’t regret one bit”, ‘CryZENx’ wrote last month. “There [are] so many new features that can boost up the development. Can’t wait to take advantage of it. Also, I present the new feature from UE5 called Lumen. That stands for Global illumination ( dynamic lighting ) without baking any light.”

He added, “also the project support DLSS from NVIDIA. To the people that have [an] RTX [graphics card] you can take advantage of it and get a 20% performance boost using it from Quality to Ultra Performance without any Loss of quality.”

Those interested can download The Legend Of Zelda: Ocarina Of Time Unreal Engine 5 demo featuring water physics via Patreon. Unfortunately, this demo is only available for Patreons.