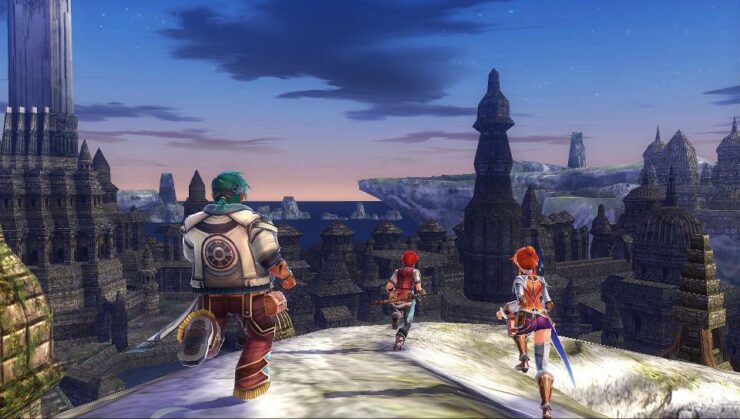 Three months ago, Falcom and NISA confirmed that Ys VIII Lacrimosa Of Dana, the latest entry in the popular action RPG series, will finally hit North American and European PCs and PlayStation consoles sometime this year. Now, the publisher has revealed precisely when players will be able to enjoy Adol's latest adventure.

Ys VIII Lacrimosa Of Dana will release on Steam, PlayStation 4 and PlayStation Vita on September 12th in North America. The European PS4 and PS Vita release is scheduled for September 15th.

Alongside the announcement, NISA also released the game's opening movie, which you can check out below.

Embark on a new Ys adventure with Adol and discover the mysteries behind the mystical maiden Dana in Ys VIII - Lacrimosa of DANA -, coming to PlayStation®4, PlayStation®Vita, and Steam® (Windows) on September 12, 2017.

Ys VIII Lacrimosa Of Dana has been released in Japan on PlayStation Vita last year. The Playstation 4 version has been released only yesterday in Japan, including content not found in the handheld version as well as improved graphics and more.

Ys returns with a brand new adventure for the first time in 8 years! Adol awakens shipwrecked and stranded on a cursed island. There, he and the other shipwrecked passengers he rescues form a village to challenge fearsome beasts and mysterious ruins on the isolated island. Amidst this, Adol begins to dream of a mysterious blue-haired maiden living in a unknown world.

Join Adol as he unravels the riddle of the cursed isle and the bluehaired maiden Dana in Ys VIII Lacrimosa of Dana.

Ys VIII Lacrimosa Of Dana launches this September on PC and consoles in North America and Europe.

The Legend of Heroes: Kuro No Kiseki Announced; Developer Is Making Preparations to Support PlayStation 5

The Legend of Heroes: Trails of Cold Steel IV Launches In October On PlayStation 4