XFX has officially launched their top of the line, Radeon RX 5700 XT THICC II graphics card. The card comes with a very thick and surprisingly gorgeous design scheme while offering an impressive OC out of the box.

XFX Radeon RX 5700 XT THICC II Makes Sure It's The Thickest RX 5700 XT In Town - Excellent Design, Overclocked Out of The Box

XFX has now launched two new custom graphics cards based around the Radeon RX 5700 XT, one is the APAC-aimed RAW II which we saw here and the other is the THICC II which is intended mostly for EU and US markets. The THICC II design is a completely revamped version of the XFX double dissipation design that we back during the Radeon R200 series era. 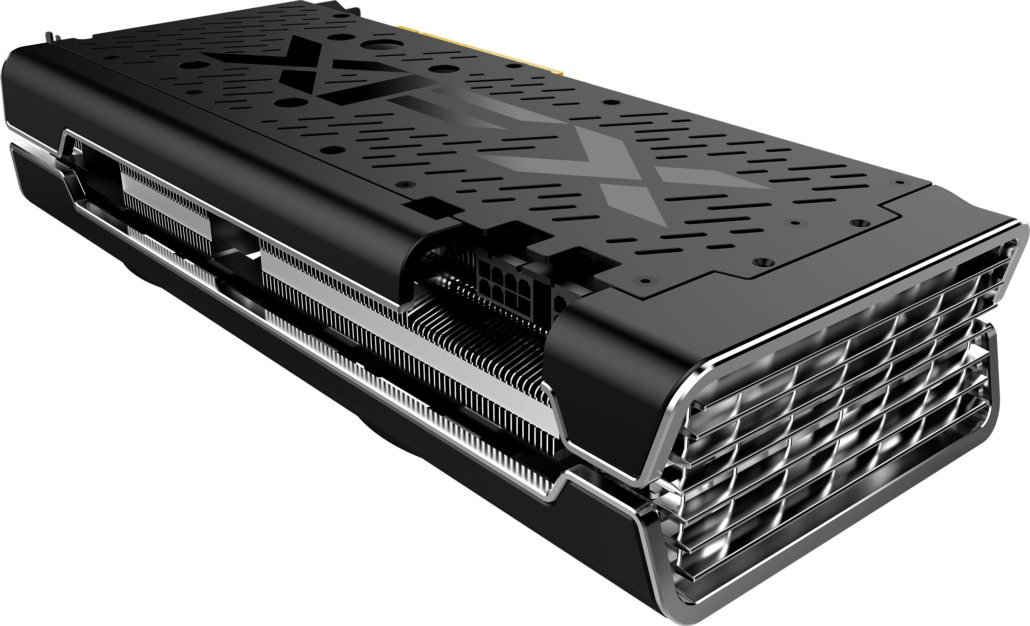 The Radeon RX 5700 XT THICC II graphics card features a 2.7 slot design and a black colored shroud with silver linings along the sides and around the fan cutouts. There are more fan blades than the previous variant (11 vs 9) with the fans being 100mm in diameter. These fans come with ZeroDB fan technology which means that the fans will stop spinning if the card is under idle GPU operation or hasn't hit a certain temperature threshold. We can spot the XFX branding on almost all ends of the graphics card. Back with the older R200 Double Dissipation variant, XFX featured LEDs behind the XFX logo on the front but this time, they are going for a plain black logo texture. 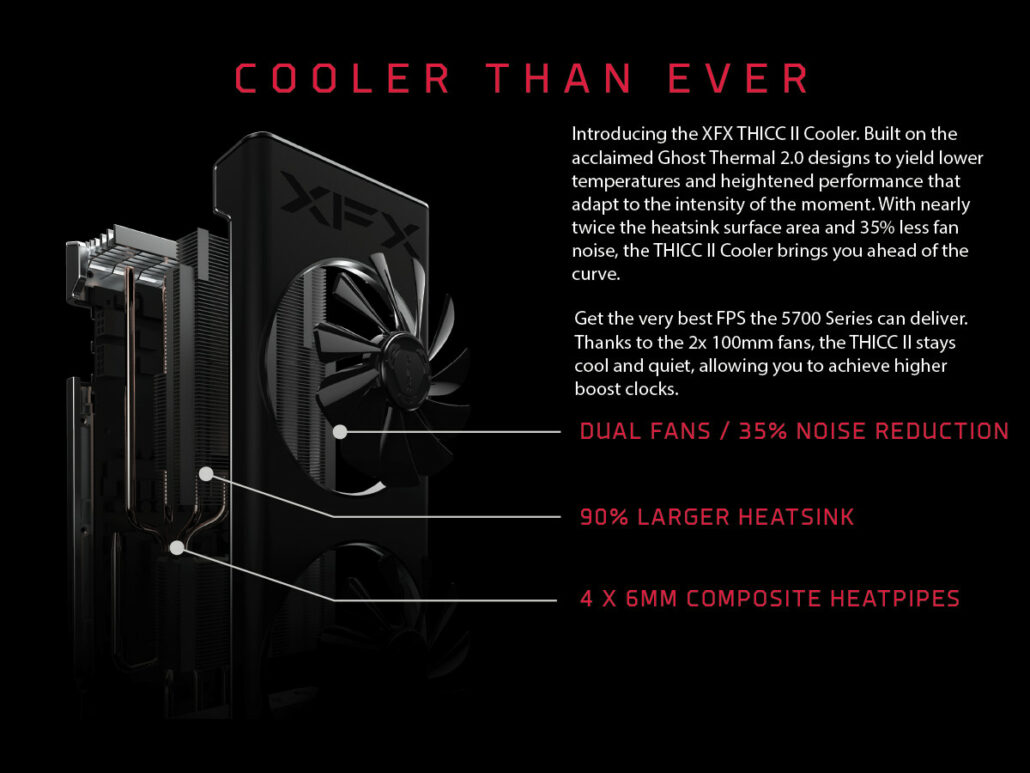 The card features a solid backplate with a much larger XFX logo branding and there's also a logo cutout around the I/O ports. Display options include triple DisplayPort and a single HDMI port. It looks like the card would feature a massive fin-based aluminum block with 4 x 6mm copper heat pipes. There's also a uniquely styled grill on the rear of the card which seems like an exhaust out port to ventilate hot air out. The whole card looks surprisingly good in its enclosed shroud design, giving a very premium look.

The XFX Radeon RX 5700 XT THICC II is powered by an 8+6 pin connector configuration and I/O includes triple DisplayPort 1.4 and a single HDMI 2.0 port. In terms clock speeds, the card is rated at 1605 MHz base, 1755 MHz game and 1905 MHz boost clock across the 2560 stream processors. Other specifications include an 8 GB GDDR6 VRAM interface that runs across a 256-bit bus to deliver a sustained bandwidth of 448 GB/s. All XFX Radeon RX 5700 XT THICC II graphics cards are backed by a 3-year warranty and expect the pricing to be around the $450-$500 US range.