Yesterday, XFX leaked out its own Radeon RX 5600 XT THICC II head of its launch at CES 2020. The graphics card which leaked out on XFX's product webpage was later removed but not before the internet got hold of the goodies such as the specifications and the pictures of the mentioned card which will be introduced soon.

Videocardz managed to get a hold of the pictures and specifications of the Radeon RX 5600 before XFX took them down. We have seen various reports about the AMD Radeon RX 5600 XT such as its specifications and possible release date. We are currently expecting AMD to unveil the card at their CES 2020 keynote, tomorrow. With that said, let's take a look at what XFX's variant has to offer over the reference specifications. 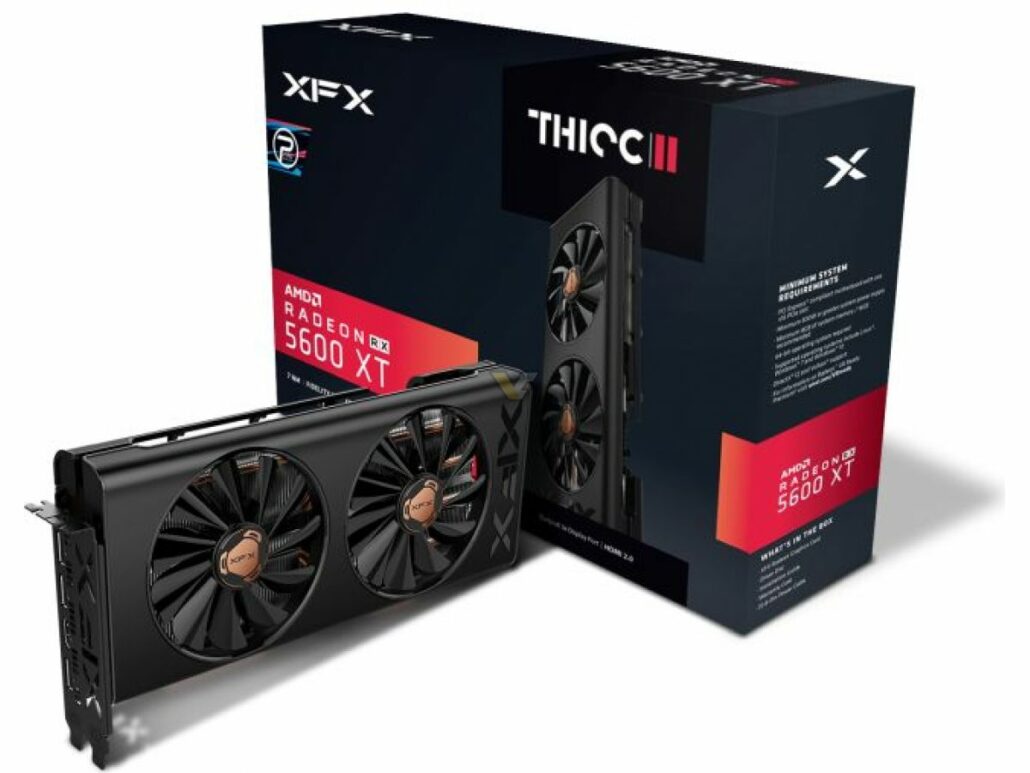 The card features 2304 stream processors clocked at 1460 MHz (reference model is around 1400 MHz), 6 GB of GDDR6 VRAM (12 Gbps) running across a 192-bit bus interface with a total bandwidth of 288 GB per second. The Radeon RX 5600 XT THICC II graphics card features a dual-slot design and a completely black color scheme. There are more fan blades than the previous variant (11 vs 9) with the fans being 100mm in diameter. These fans come with ZeroDB fan technology which means that the fans will stop spinning if the card is under idle GPU operation or hasn't hit a certain temperature threshold.

The card features a solid backplate with a much larger XFX logo branding and there's also a logo cutout around the I/O ports. Display options include three DisplayPort and a single HDMI port. It looks like the card would feature a fin-based aluminum block with multiple 6mm copper heat pipes. Unlike the grill design, we saw on the RX 5700 XT THICC II and THICC III graphics cards, the XFX Radeon RX 5600 THICC II rocks an extended shroud which features fins on the back. The fins may offer extra cooling but they also appear to be made out of plastic which would mean they are there for looks only.

Other things about the card include an 8-pin connector which is pretty standard of mainstream graphics cards these days. The card would definitely be rocking a custom PCB layout along with a nice factory overclock. The AMD Radeon RX 5600 XT graphics card is expected to feature a price of around $279-$299 US. Expect more information on the card by AMD at their CES 2020 conference.