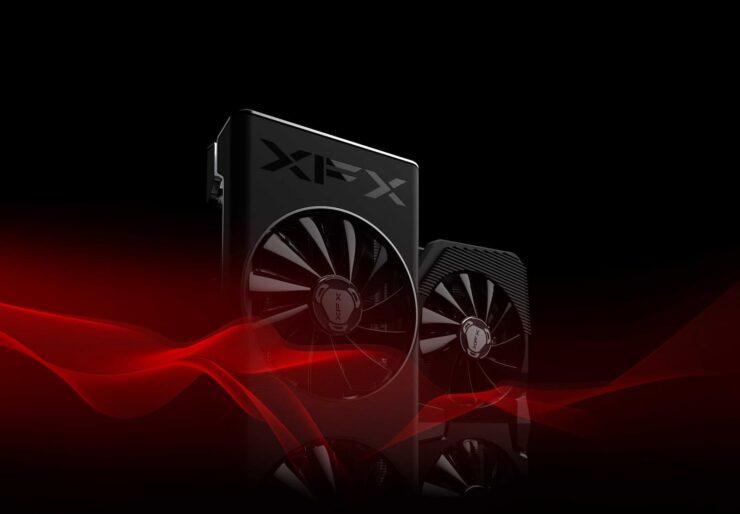 Covered by Videocardz, the Radeon RX 5700 XT THICC III Ultra from XFX carries a design similar to the THICC II Ultra. The difference is the dimensions of the THICC III which makes the THICC II look really small compared to it. This is all due to an extra fan and more heatsink space added to the card itself which would help the card operate at lower temperatures when running at its peak or game clock speeds. Talking about clock speeds, the card is said to run at a peak clock of 2025 MHz and a Game clock of 1935 MHz while the base clock is set at 1810 MHz. The card features 8 GB of GDDR6 memory running at 14 Gbps along a 256-bit bus interface, delivering bandwidth of 448 GB/s. 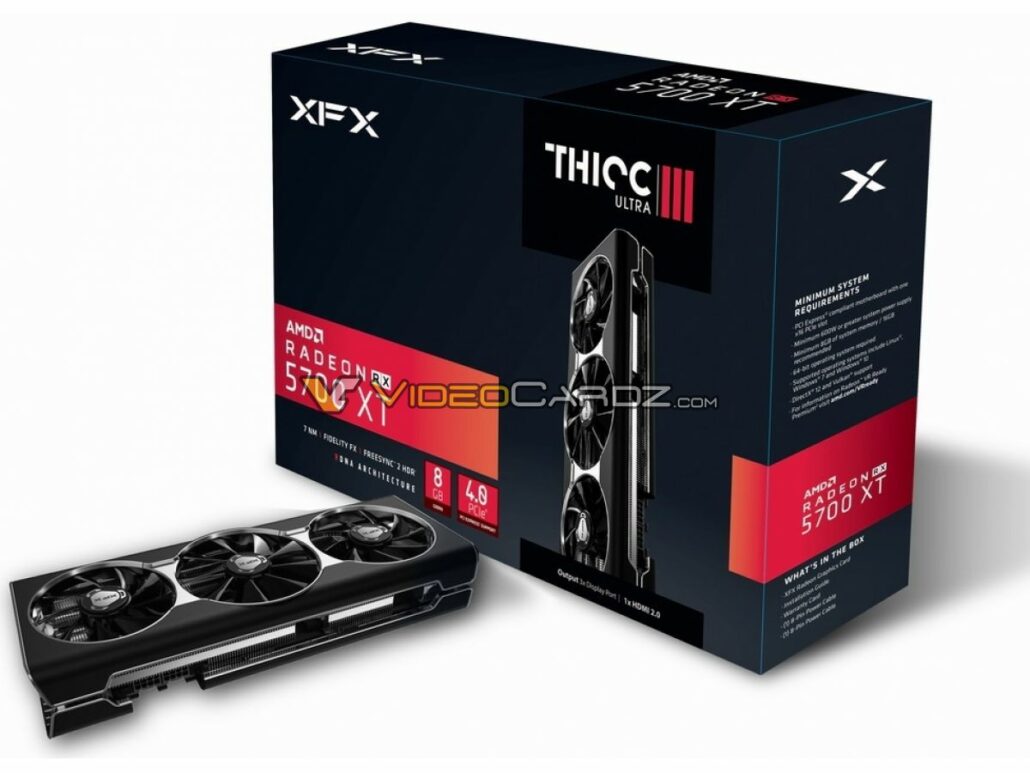 The Radeon RX 5700 XT THICC III Ultra graphics card should also feature a 2.7 slot design and a black colored shroud with silver linings along the sides and around the fan cutouts. There are more fan blades than the previous variant (11 vs 9). The two fans on the sides are 90mm wide while the singular fan in the middle is 100mm.

These fans come with ZeroDB fan technology which means that the fans will stop spinning if the card is under idle GPU operation or hasn’t hit a certain temperature threshold. Due to the extra fan, the XFX logo at the back of the shroud has been removed however the logo still exists on the backplate.

Display options include triple DisplayPort and a single HDMI port. It looks like the card would feature a massive fin-based aluminum block with 4 x 6mm copper heat pipes. There’s also a uniquely styled grill on the rear of the card which seems like an exhaust out port to ventilate hot air out. The whole card looks surprisingly good in its enclosed shroud design, giving a very premium look. The card is powered by dual 8-pin connectors so the PCB design might be the same as the THICC II Ultra. There's no word on retail availability but we should expect the card to retail for around $500 US considering the THICC II Ultra goes for $439.99 US.