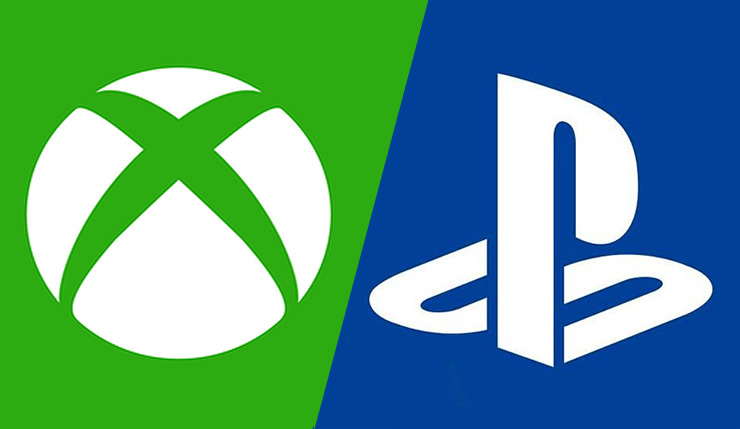 At last, we know both the official names of Microsoft's and Sony's next-generation consoles. Sony will stick with PlayStation 5 as expected, while Microsoft decided to go with Xbox Series X, which is reminiscent of the powerful Xbox One X mid-generation refresh.

More importantly, though, we can finally discuss the first distinguishing features of each console after so many similarities (AMD's Zen2 7nm CPU architecture and Navi RDNA GPU architecture, hardware support for raytracing, NVMe SSD, etc.).

Sony is boasting that its PS5 controller's enhanced haptics will make for a significantly improved feeling during gameplay. SIE CEO Jim Ryan was recently quoted on the topic:

I actually tried it myself in a test version of Gran Turismo Sport. I was very surprised by the gameplay feel that was very different compared to the current DualShock 4.

This is a very promising feature.

Indeed, Wired's Peter Rubin, so far the only journalist to have tried and reported on this new feature, also had a positive experience with it.

Combined with an improved speaker on the controller, the haptics can enable some astonishing effects. First, I play through a series of short demos, courtesy of the same Japan Studio team that designed PlayStation VR's Astro Bot Rescue Mission. In the most impressive, I ran a character through a platform level featuring a number of different surfaces, all of which gave distinct—and surprisingly immersive—tactile experiences. Sand felt slow and sloggy; mud felt slow and soggy. On ice, a high-frequency response made the thumbsticks really feel like my character was gliding. Jumping into a pool, I got a sense of the resistance of the water; on a wooden bridge, a bouncy sensation.

Next, a version of Gran Turismo Sport that Sony had ported over to a PS5 devkit. Driving on the border between the track and the dirt, I could feel both surfaces.

Even the developers at Counterplay Games, who just unveiled the PlayStation 5 and PC game Godfall at TGA 2019, praised the enhanced haptics of the PS5 controller.

Meanwhile, Microsoft's Head of Gaming Phil Spencer only discussed minor changes to the Xbox Series X controller such as a hybrid d-pad and a new share button, while apparently the haptics will remain the same as on the Xbox One.

There were certain things that we've learned through doing the Elite controller and just listening to fans. One of them is on the d-pad we have a new hybrid d-pad that we've been working on that we think is important, so you'll get a sense of that in the new Xbox wireless controller. We do have a share button. We've heard the feedback. We're not the first ones to do a share button, so we're not going to say that we invented that, but we've heard feedback that sharing is such a part of a gaming experience now for many of our players that I wanted a dedicated hardware button to share, so you'll see that. We'll still have all the rumble triggers and haptic feedback that you've had in the console before.

It seems unlikely Microsoft would be able to address this shortcoming before launch, which means it may well be one area where Sony has the advantage in the upcoming generation. Then again, if the enhanced haptics are only featured on PS5, we may only truly see Sony's first-party developers harnessing it properly as third-party studios often don't have the incentive to support system exclusive features in their multiplatform games.

There is, however, also an area where Microsoft might have the lead with the Xbox Series X. Deep within the blog post that went up right after the console's announcement at TGA 2019, Phil Spencer dropped this tidbit.

Additionally, our patented Variable Rate Shading (VRS) technology will allow developers to get even more out of the Xbox Series X GPU.

Sure enough, after some digging, we found several patents submitted by Microsoft. The last one, titled 'Variable Rate Deferred Passes in Graphics Rendering', lists Ivan Nevraev, a Senior Development Engineer at Xbox Advanced Technology Group, as the inventor alongside Martin J. I. Fuller.

As you can easily imagine, the paper gets very technical. However, in the following excerpt, the inventors described other performance saving solutions such as checkerboard rendering (often used in PlayStation 4 Pro games) or dynamic resolution as naive in comparison.

We've often covered Variable Rate Shading technology on Wccftech, but let's do a quick recap. This technology aims to tackle the issue of rendering the enormous amount of pixels (over 8 million) required for UltraHD displays without reducing the image quality in the most critical areas of the picture. Given that the Xbox Series X and PS5 consoles have both promised support for 8K resolution (over 33 million pixels) displays, VRS is poised to become even more important in the years ahead.

Earlier this year, Microsoft launched the VRS API on PC. While there are only a couple of games (the last two installments in the Wolfenstein franchise, to be precise) currently supporting VRS, several developers have already pledged their support, including first-party Xbox studios like Playground Games, Turn 10 and 343 Industries.

Additionally, the benchmark tools released recently for the 3DMark suite showcase great promise with up to 50-60% performance gains with variable rate shading enabled. So far, on PC only NVIDIA's Turing graphics cards support both Tiers of VRS as they are defined by Microsoft's API, while the Intel Ice Lake CPUs support Tier 1 alone.

Current AMD graphics cards do not support variable rate shading at all, though this is expected to change next year. AMD did file a patent of its own, after all, though it does seem to be limited to Tier 1 VRS features.

Sony has not officially said anything yet about VRS being supported on the upcoming PS5 console. On a hardware level, baseline support is likely to be there given that PS5 is believed to be based on the same AMD Navi/RDNA GPU architecture as the Xbox Series X. That said, even though both Microsoft and Sony are using AMD's latest CPU and GPU architectures, we know they will also make some customizations of their own that won't be found on the other console as they've done in the past.

Microsoft could have worked alongside AMD to further optimize VRS for the Xbox Series X on both hardware and software levels according to their patent and API design, with the latter already publicly available to game developers for almost a year now. Hence Microsoft boasting the patented VRS technology as a key point for the performance.

There is a silver lining here for PC gamers as well. With the Xbox Series X and possibly PS5 supporting this feature, we should see most game developers actually using VRS and thus providing a performance boost, something that's always welcome for any PC gamer.