AMD's next-generation GPUs, namely Navi and beyond, may utilize new shading techniques to deliver better performance in games. In a patent filed by AMD back in 2017, which was recently made public, it is stated that AMD was investing resources in developing advanced GPU shading technologies, namely, Variable Rate Shading (VRS) as found by Tomshardware.

The said feature isn't something new in the industry as NVIDIA has already introduced Variable Rate Shading on their Turing architecture-based graphics cards. NVIDIA explains that their VRS (Variable Rate Shading) technology increases rendering performance and quality by applying varying amounts of processing power to different areas of the image.

In simple terms, VRS will apply full details on sections of the frames where most of the attention is focused while reducing the rendering load on other parts, thus increasing overall performance. This method specifically helps when running games at higher resolutions. Following are some of the benefits of VRS:

When talking about overall improvement in games that utilize VRS, we can again take an example of NVIDIA hardware which utilizes this technology. The recently released NVIDIA GeForce GTX 1660 Ti features VRS and as such, it helps increase performance by up to 50% in Wolfenstein II, a game that currently supports the said feature. How this is achieved is also explained and you can see that rather than doing full rate shading across the image, specific frames are chosen where less shading can be applied while retaining the same image quality.

Now talking about Radeon graphics cards. It will be a really good choice for AMD to adopt VRS in their upcoming graphics cards since it would give developers more reason to implement the new technology in their upcoming titles, especially when it will help deliver better frame rates without reducing image quality. AMD is expected to launch their next-generation Radeon cards based on the Navi GPU architecture this year so we may very well see them featuring VRS. 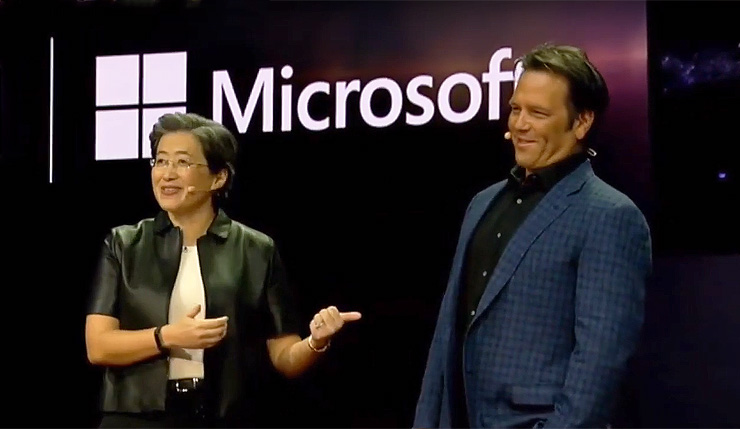 Coming to Navi, AMD’s next biggest GPU architecture release in 2 years, the company would be following a similar strategy of launching it close to the mainstream CPU family. This would give AMD an opportunity to highlight their upcoming mainstream Radeon family to potential buyers. AMD is expected to announce their first Navi GPU based graphics cards in July as per the rumor mill.

We have also seen various reports which indicate that Navi GPUs would be the underlying graphics architecture of next-generation consoles from Sony and Microsoft and since VRS also plays a huge role in making VR games better and faster, having VRS on Navi would indeed be a great choice for AMD graphics cards.