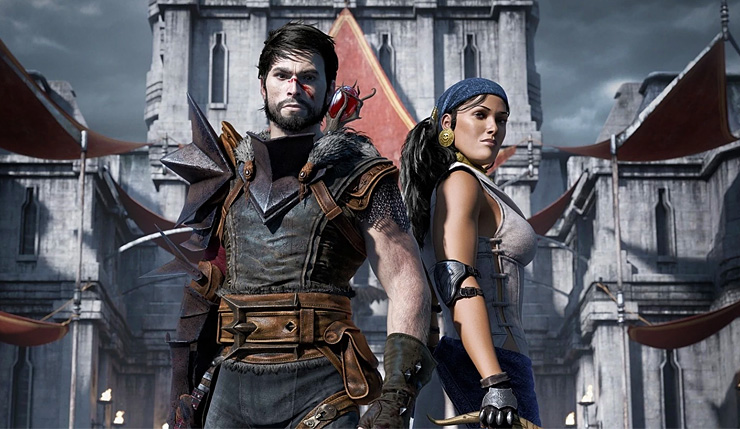 In this mysterious puzzler, you awaken in the ruins of an ancient alien landscape with no memory of how or why you got there. Navigate through mind-bending puzzles and use your manipulation-gloves to change the structure of the world to find your way back home. As you explore, you’ll face thought-provoking questions of your true purpose, with a devastating truth that will shake your world.

Delve into the rich lore and culture of the Iñupiat people in this unique adventure game. Nominated for multiple awards and built in partnership with the Alaska Native community, play as a young Iñupiat girl and an arctic fox to find the source of the eternal blizzard which threatens everything. Encounter traditional native characters, share their wisdom and stories, and experience a game like no other.

Experience an epic adventure in an ever-changing world in Dragon Age II. Taking place over the course of a decade, mold your character, Hawke, from a destitute refugee to the revered champion of Kirkwall. Gather the deadliest of allies, amass fame and fortune, and seal your place in history. The legend of your rise to power begins now.

Anything goes in this classic action title. Your mission is to topple a sinister military regime by any means necessary. If it drives or flies: hijack it. If it shoots or explodes: use it as a weapon. In this playground of destruction, there are no limits and no mercy.

Dragon Age II will be available from December 1 to 15, Never Alone and Mercenaries will be available on December 16, and QUBE 2 can be downloaded all month long. As always, once you download a Games With Gold title, you’ll have permanent access to it, so long as you still have an active Xbox Live Gold membership.

A pretty weak month following November’s offerings, which included Battlefield 1 and Assassin’s Creed, but hey, I guess you’re supposed to be playing your new Christmas games next month. At the very least, you should give Never Alone a try, as it’s really rather lovely. What do you think? Any of this month’s Games With Gold strike your fancy?