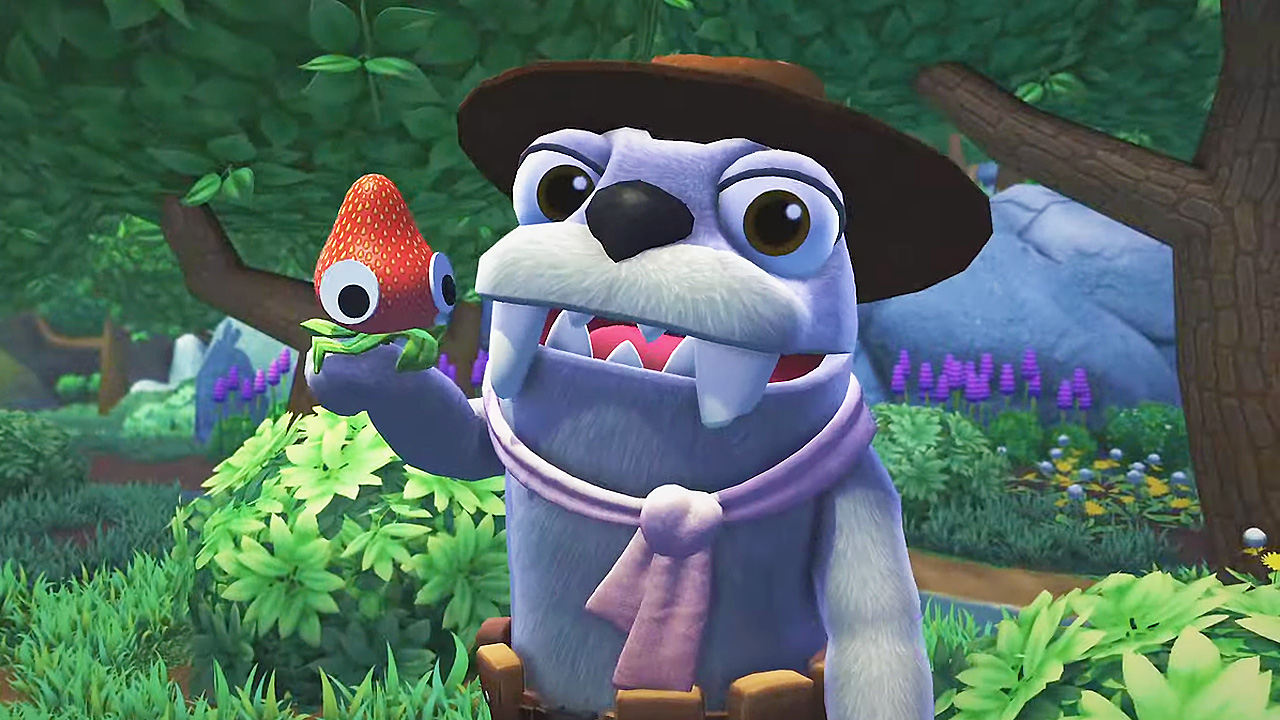 Sony and Microsoft have revealed the PS Plus and Games With Gold subscribers will be able to play for free in November. It’s a big month for Sony -- in addition to the standard pair of older titles we always get (Hollow Knight and Middle-earth: Shadow of War in this case), PS Plus subscribers will also be able to tackle the new-release PS5 game, Bugsnax! Meanwhile, Microsoft seems to be mostly taking the month off to focus on their new console launches, offering a thin lineup including Aragami and Swimsanity. 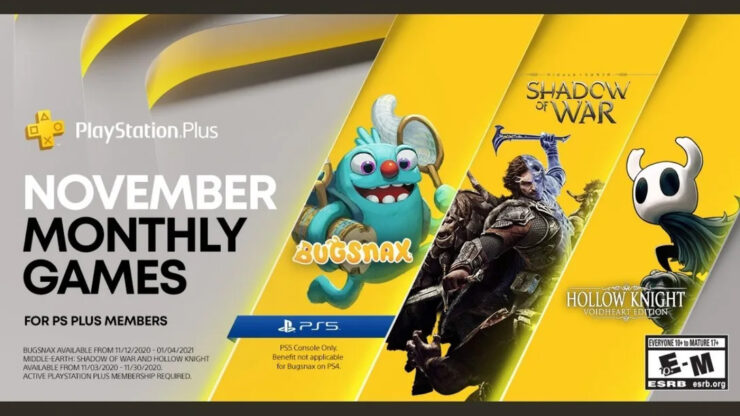 Here are Sony’s descriptions of November’s PS Plus games. Bugsnax will available for two months instead of the regular one – you’ll have until January 4 to check it out:

The very first PS5 game to join PlayStation Plus is Young Horses’ ultra-charming, whimsical first-person adventure Bugsnax! Play an investigative journalist who has set out to explore Snaktooth Island, home to legendary half-bug half-snack creatures, Bugsnax. Discover, hunt and capture all 100 critters while also tracking down and reuniting the island’s inhabitants

Set between the events of The Hobbit and The Lord of the Rings, Middle-earth: Shadow of War beckons you once more into JRR Tolkien’s iconic world of wizards, orcs and elves. Go behind enemy lines to forge your army, conquer Fortresses and dominate Mordor from within. Experience how the Nemesis System creates unique personal stories with every enemy and follower, and confront the full power of the Dark Lord Sauron and his Ringwraiths in this epic new story of Middle-earth.

In Team Cherry’s engrossing 2D explorative platformer, descend into a sprawling underground world of Hollownest to battle tainted creatures and befriend bizarre bugs. Unlock new skills and tailor your power sets to fit your playstyle to help you explore twisting caverns, ancient cities and deadly wastes. Uncover a kingdom’s ancient history, taking on epic bosses that’ll challenge your combat and platforming skills as you strive to solve the mysteries buried at its heart. 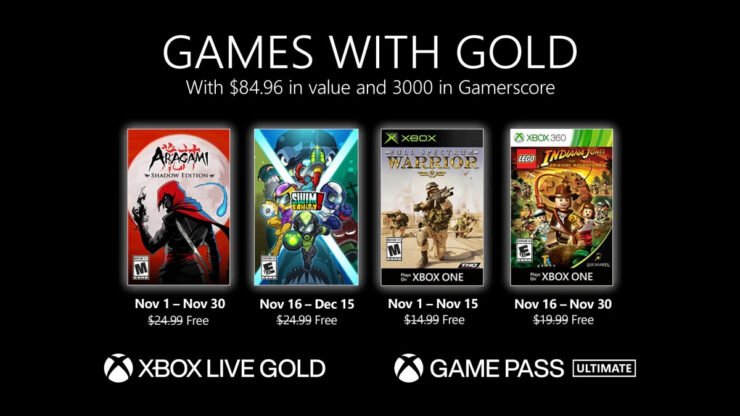 And here are your November Games With Gold:

Embark on a dark journey full of blood and secrets. Including both the original game and its prequel, Nightfall, play as the undead assassin with the power to control the shadows. Dispatch your enemies utilizing a wide array of powers in the solo campaign, or team up with a friend in cross-platform online multiplayer as you put your stealth abilities to the test.

Unleash the insanity! Team up with four friends and deploy a variety of unique powerups and weapons, or battle it out against each other to be the last Mooba standing. With over 150 challenges across 8 gaming modes, the intensity doesn’t let up in this action-packed underwater co-op shooter.

Squad up and get ready for deployment in this classic Xbox title. What began as a training aid for the U.S. Army, ended up as a realistic Infantry-level urban warfare simulator. Command Alpha and Bravo squads using authentic infantry protocols, in an urban environment beset with danger around every corner.

Put on your fedora, grab your whip, and search for fortune and glory. The Original Adventures takes the fun and creative construction of Lego and combines it with the non-stop action of the classic films. Build, battle, and brawl your way through all your favorite cinematic moments in the tongue-in-cheek Lego style.

Definitely interesting to note the disparity between Sony and Microsoft’s offerings as we head into the next generation. It seems like Sony is doubling down on PS Plus, adding new release games like Bugsnax and the PS Plus Collection of PS4 classics for PS5 owners (speaking of which, more games, including Crash Bandicoot N. Sane Trilogy and Call of Duty: Black Ops III were recently added to the collection). Meanwhile, following rumors that Xbox Live Gold may be on the way out, Microsoft does not seem to be putting much emphasis on Games With Gold anymore.

What do you think of this November’s free games? Which one will you be trying out first?