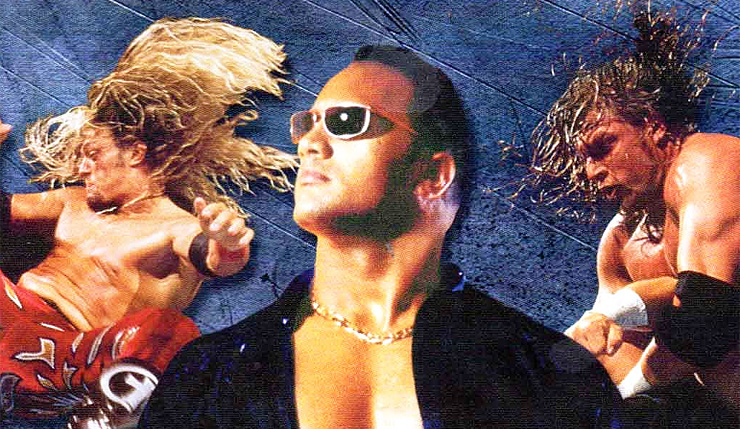 The WWE 2K franchise had been stuck in a comfortably mediocre rut for years, but last year developer Yuke’s departed after two decades, leaving Visual Concepts in sole control of WWE 2K20. The results were very bad. So bad 2K made the very rare choice to cancel WWE 2K21 in order to focus on relaunching the series with WWE 2K22. In order to do that, Visual Concepts hired Patrick Gilmore, who previously produced 2013’s Killer Instinct and Amazon’s New World, to oversee the game. Gilmore recently took to Reddit for an AMA, and a lot of what he said should be heartening for long-mistreated wrestling fans.

For starters, Gilmore says the team is looking toward all-time fan-favorites like WWF No Mercy and Smackdown! Here Comes the Pain for inspiration.

We are looking at much-loved previous games like No Mercy or Smackdown: Here Comes the Pain, along with top franchise installments, and more modern wrestling and fighting games to build an all-new philosophical foundation for the game. People who hope that we holistically adopt the control scheme or philosophy from one of their favorite games are likely to be disappointed; we are trying to combine the best ideas out there into a brand new wrestling experience that sets a new standard.

According to Gilmore, Visual Concepts is building WWE 2K22 around six core pillars.

Of course, this is a 2K sports game, so they’re also looking to increase profitability as well. As such, expect a full live-service approach for WWE 2K22…

My most recent experience is from a more “game as a service,” model, where the game is always live, and updates are constant. I think it’s a great way to develop. I would say that it’s part of the long term franchise vision to move in that direction, but it’s not something that can happen overnight. Internally, we talk obsessively about being more current with new superstars, gimmick changes and so forth.

If you’ve got a few minutes to spare, I suggest you check out the full AMA, as a lot more subjects are covered. Gilmore is definitely saying all the right things, but it won’t matter if the proper resources aren't committed to WWE 2K22. It’s always felt like 2K has scrimped on this franchise, so it’s time to break out those checkbooks and put things right.

What do you think? What new features are you hoping for from WWE 2K22?