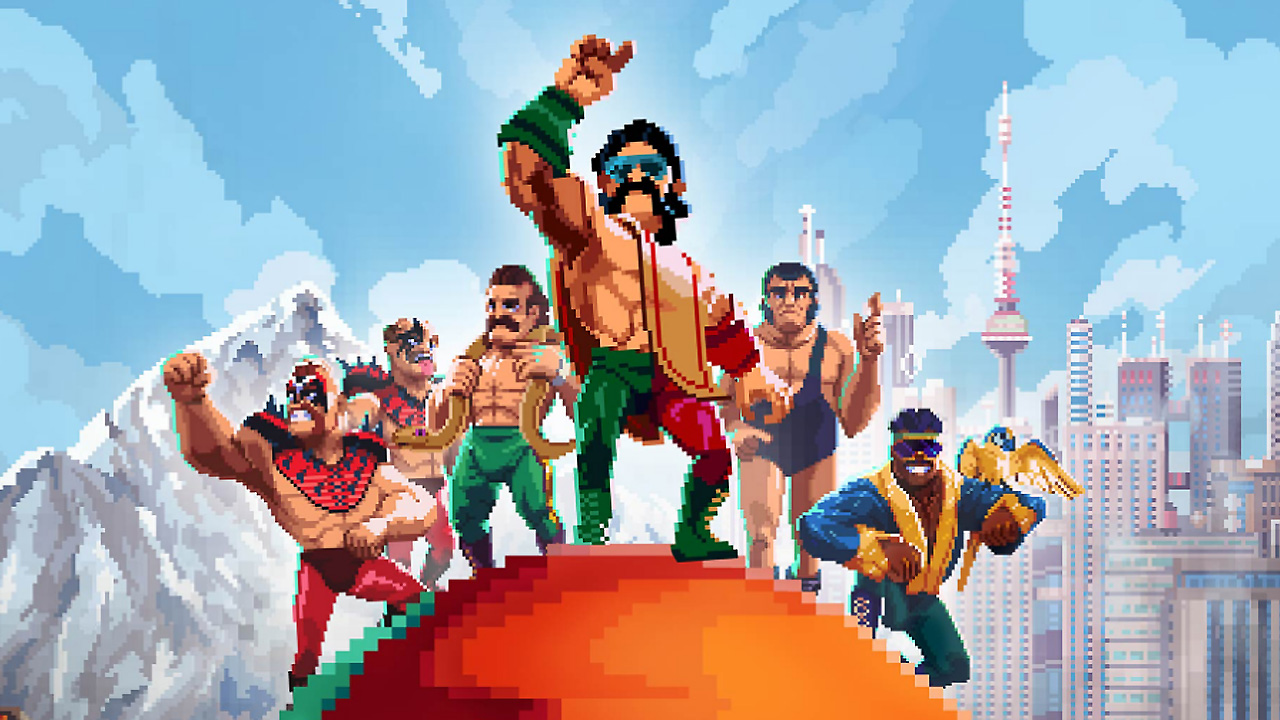 WWE 2K22 just came out and was… fine, but wait, there may be an even more exciting wrasslin’ game coming this year! Announced during today’s ID@Xbox livestream, WrestleQuest is a new 16-bit-styled turn-based RPG in which you battle to the top of a wacky wrestling world that includes real-life legends like “Macho Man” Randy Savage, Jake “The Snake” Roberts, Diamond Dallas Page, and more. You can check out a quick trailer for WrestleQuest, below.

The full list of legends involved in the game include “Macho Man” Randy Savage, Booker T, Andre The Giant, Jake “The Snake” Roberts, Diamond Dallas Page, Jeff Jarrett, and more (while not mentioned in the press release, official art also features the Road Warriors and Koko B. Ware). Interestingly, some of those names work for WWE, but others, like Jake Roberts and DDP, are associated with rival All-Elite Wrestling. Since there’s no WWE branding on WrestleQuest it seems as though publisher Skybound Games has struck individual side deals with all these old-timers. Here’s a bit more detail about WrestleQuest…

In WrestleQuest, players assume the role of a young wrestling hopeful, on his quest to become one of the all-time greats while he powerbombs, slams, and suplexes his way to the top. Inspired by icons like the legendary “Macho Man” Randy Savage, our hero must immerse himself in the world of professional wrestling, which will not only test his athleticism but his will and conscience too.

Throughout the game, players will experience classic turn-based RPG combat that mixes real-time action with tactical choices, as they wrestle through a richly detailed and fantastic storyline, starting out as a newcomer, before ascending the ranks and becoming the sport’s greatest star, with help from legendary wrestlers that span the ages. The pixel-art graphics and overall visual style perfectly represent the combined worlds of wrestling, toys, and action figures.