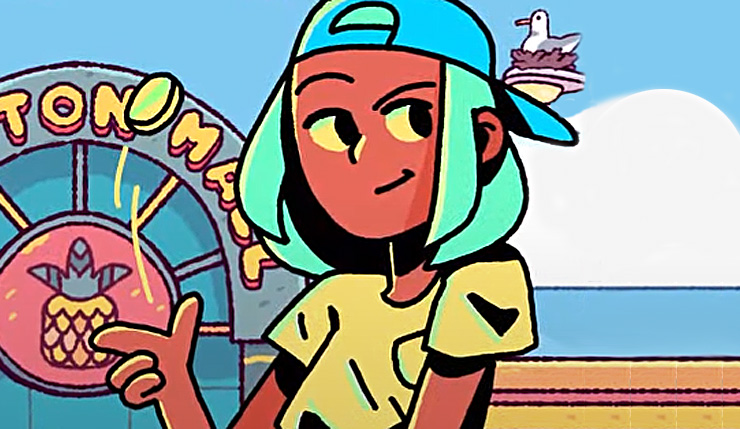 Ever had the urge to survive on your wits and moxie as a good old-fashioned con artist? I probably don’t have the social skills to pull it off, but hey, who hasn’t considered the occasional grift now and then? Well, The Big Con will let you get your scheming out of your system without any of those nasty real-world consequences! Developed by Canadian indie studio Mighty Yell and published by Walking Dead creator Robert Kirkman’s Skybound Games, The Big Con features all the pickpocketing, stealing, and scheming you could want, along with a tubular 90s art style. Check out the debut trailer for the game, below.

Interesting stuff, and I do enjoy the ToeJam & Earl funky 90s styling. Want to know more? Here’s the official description for The Big Con:

The Big Con stars Ali, a teenage con artist out to save her mom’s video store from unscrupulous loan sharks any way she can. In this open-ended adventure with punchy puzzles and dialogue, how players make that money is in their hands: pick pockets, pick locks, persuade marks, pilfer prizes, sneak around in disguises, and even profit off the latest plushie fad. From the visuals to the writing, The Big Con is a fun and hilarious trip back in time to an age that is farther away now than some of us would care to admit.

The Big Con plies its shifty trade on PC, Xbox One, and Xbox Series X/S sometime this summer.