The most successful, enduring wrestlers tend to be masters of reinvention, and now it’s on the WWE 2K franchise to prove it can pull off its own rebirth. The games had been rather uninspired for a while but took a particularly harsh nosedive with WWE 2K20, a game so bad it forced 2K Games to take a breather to regroup (a decision not taken lightly with annual sports franchises). Now, over two years later, WWE 2K22 is here to walk that aisle yet again.

Developer Visual Concepts promises WWE 2K22 has been “completely rebuilt” from the ground up, but is that just typical pro wrestling over-promotion? Or is this the same old game with some new glitz and gimmicks attached? Time to lace up those boots again and find out.

As always, a wrestling game isn’t worth much if its in-ring action doesn’t measure up, and WWE 2K22 does make some important strides forward. One of my key complaints about past WWE 2K titles was the lack of options for changing the course of the match, with difficult-to-time reversals being pretty much your only option. Thankfully that’s no longer the case. Miracle of miracles, WWE 2K22 has both a block and a dodge button! Reversals are still a thing (and easier to time), as are limited-use Payback moves, but now you can also turn the tide using “Breakers.” Basically, if your opponent grapples you or has you trapped in a combo, you can break out by anticipating what attack they’re going to launch next (light, heavy, or a grapple/whip into the ropes). Breakers are crucial to making WWE 2K22’s action feel fairer, as you’re no longer stuck watching as opponents pummel you with combos or elaborate moves, hoping a reversal prompt pops up. Credit where it’s due, Visual Concepts has gone above and beyond to address their overreliance on simple reversals in past games.

Beyond the new ways to alter the momentum of a match, controls have been streamlined, with players now just having a basic grab/grapple and regular and strong attacks. Wrestlers still have a wide array of moves and combos they can pull off, but you’re more likely to actually remember how to do your favorite maneuvers now. Oh, and the annoying overelaborate minigames introduced over the years for things like escaping pins and submission moves have blessedly been replaced with good, old-fashioned button mashing. Sometimes it’s best not to overthink things.

So yes, some thoughtful updates and mechanics have been introduced here, but is WWE 2K22 really an all-new game between the ropes? While many changes have been made, it still feels like WWE 2K22 is built on the same old engine. The pace of matches is sluggish, animations still have that canned feel, and input lag remains an issue. Gimmick matches remain a mixed bag as well – while cage matches are fun, ladder and table matches are finicky headaches. WWE 2K22 is no longer actively frustrating, but is it fun? Sometimes I’m not so sure.

Speaking of using the same old engine, WWE 2K22’s visual upgrade fails to dazzle either. Sure, the game looks better than the bafflingly hideous WWE 2K20, but that’s an extremely low bar to cross. The color palette has been expanded, the lighting has been improved, and the resolution is higher on PS5. Still, otherwise, WWE 2K22 doesn’t look significantly better than WWE 2K18, right down to certain stars like Randy Orton looking almost identical. Animations are still awkward and unnatural, hair and fabric tech is a decade out of date, and many women and lower-card wrestlers are as weird-looking as ever.

Turning our attention to modes, MyRise is probably the headliner. A solid improvement over past career modes, MyRise tasks you with climbing the WWE ranks without a lot of the grind players have been subjected to in the past. Your journey is broken up into a series of individual missions of varying lengths, many of which pretty accurately capture the types of storylines you might see on a real WWE TV show. For instance, one of my first quests upon signing to Smackdown saw me teaming up with Naomi for the Mixed-Match Challenge as her husband Jimmy Uso was injured. We won the tournament and I got to be Smackdown GM for a day, so I booked myself a title match against Roman Reigns but lost when a jealous Jimmy Uso returned and screwed me. If that storyline played out on Smackdown next month, I wouldn’t bat an eye. My next quest involved Randy Orton randomly getting huffy with me because he thought I was an indie geek. Again, WWE to a T. Aside from reflecting WWE storytelling accurately, MyRise also allows you to choose your background (MMA, legit athlete, indie guy, etc.) heel-face alignment, and brand, which determines which quests you’ll receive, boosting replay value.

This year’s 2K Showcase, which focuses on the career of cover star Rey Mysterio, also makes a number of key improvements. Matches now cut seamlessly from gameplay to live-action footage narrated by Rey himself during key moments, which is a pretty cool technical trick, and really helps put the matches in their proper historical context. The objectives you have to meet in each match are generally less demanding than in the past and the game does a better job of explaining exactly what you’re supposed to do. Past Showcases sometimes felt like homework, but I genuinely enjoyed reliving Rey’s highlights.

The big new addition to WWE 2K22 is MyGM, returning to the series after a decade-and-a-half absence. For those unfamiliar, the mode lets you take on the role of general manager, draft your own roster, and compete against a rival to put on the best possible shows. As I mentioned in my preview, the mode is perfectly functional but held back by a refusal to acknowledge pro wrestling is predetermined. You can’t actually dictate results or directly craft storylines, with the focus instead being on putting on “quality” matches as determined by WWE 2K22’s somewhat wonky metrics. Ultimately, MyGM will probably be best enjoyed by those looking for an accessible management mode without getting hung up on the specifics.

WWE 2K22’s other addition, MyFaction, is less welcome. This is the now-requisite Ultimate-Team-style mode, which frankly feels out of place here. There’s a certain draw to collecting virtual trading cards in games like FIFA and NBA 2K that have rosters of thousands of current and historical stars, but there’s not much excitement to be had when you’re working with a lineup of approximately 150 wrestlers. Monetization is aggressive, with card packs being expensive and free currency hard to come by. Unsurprisingly, some of the NBA 2K series’ sleaziest practices make the jump, with cards (even those you’ve purchased) becoming unplayable unless you assign consumable contracts to them. Of course, these contracts can be extended with real-world money.

But wait, there’s still more! Of course, WWE 2K22 has a full creation suite (characters, arenas, belts, and more), as well as Universe mode and online play. Create-a-wrestler is kind of a bust this year, with little in the way of new features and constant irritating load times when scrolling through menus (how the developers pulled that off with the PS5’s solid-state drive, I have no idea). The Universe mode provides plenty of tools for the dedicated armchair booker, but as usual, it is a touch too unstructured for my tastes. Much like the WWE itself, a lack of content isn’t an issue here. The real question is whether you’ll actually want to consume it all without taping out.

This review was based on a PS5 copy of WWE 2K22 provided by publisher 2K Games. 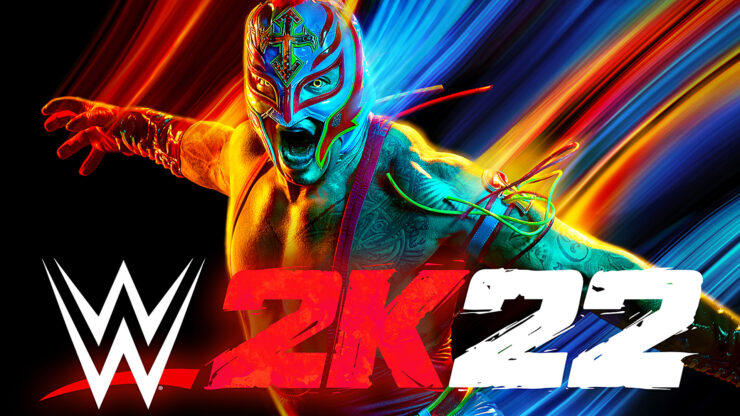 WWE 2K22 is a major improvement over its insulting predecessor, featuring some smart tweaks to core gameplay and fan-favorite modes. That said, promises of a “completely rebuilt” experience ring hollow as it’s clear old tech is still being used, and while the action has been refined, it remains a notch below most other fighting or combat sports games you could name. Your reaction to the game will largely hinge on how you felt about 2K’s series before its hiatus, with those that still saw promise likely to have a good time. That said, don’t expect WWE 2K22 to transcend mid-card status if your patience was already at an end. 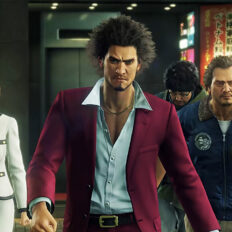 PS Plus Extra/Premium Adds Yakuza: Like a Dragon, Far Cry 5, and a Lot More in December Wccftech Gives Away Plenty of 2K’s Video Games (for PC)