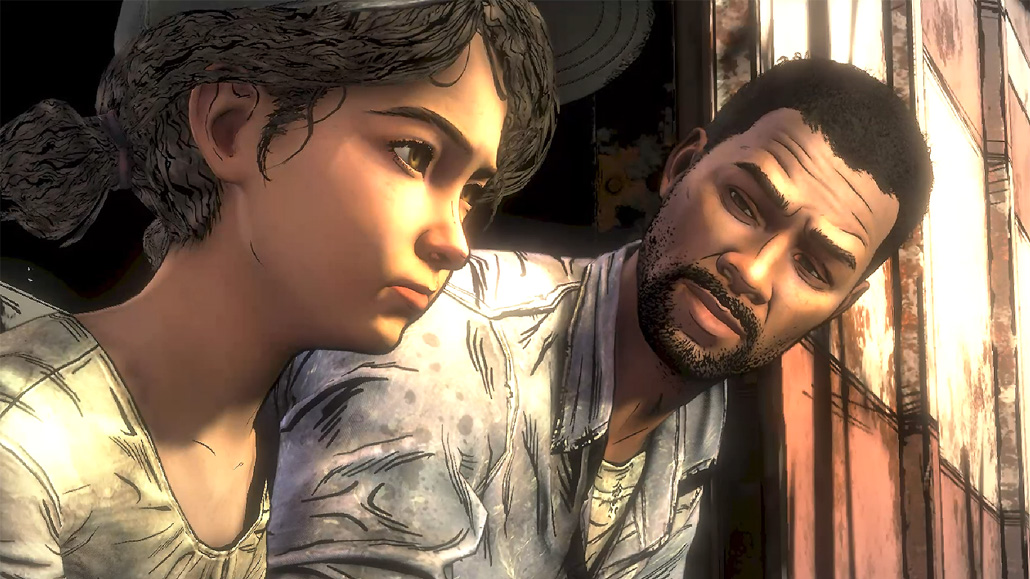 The Walking Dead: The Final Season released its last episode earlier this year, bringing Telltale’s acclaimed series to a close (check out my reviews of episodes 1, 2, 3, and 4). That said, you don’t have to say goodbye to Clementine if you don’t want to – today Skybound Games released The Walking Dead: The Telltale Definitive Series, which bundles all four main seasons, plus the Michonne miniseries, in one collection. This package also includes a documentary short, 10 hours of developer commentary, and various graphical and gameplay improvements. You can check out a quick launch trailer for this collection, below.

You can also check out a few “before and after” screenshots, showing what the old games look like with the new visual improvements and comic-book-style visual filter.

The Walking Dead: The Telltale Definitive Series contains all four seasons of the series, along with The Walking Dead: Michonne and several digital bonuses. There are over 50 hours of gameplay across 23 unique episodes, more than 10 hours of developer commentary, behind-the-scenes bonus features including concept and character art galleries, a “Return of The Walking Dead” documentary short, faithful recreations of classic menus, and a music player with over 140 musical tracks. The collection also includes the application across all seasons and content of “graphic black,” an art style that pays homage to the comics and was previously only available for The Final Season.

A 160-sound soundtrack covering the entirety of the Telltale’s The Walking Dead series is also now available via iTunes, Spotify, and other digital music stores. For those audiophiles out there, you can pre-order a trimmed-down version of the sountrack on vinyl.

The Walking Dead: The Telltale Definitive Series is available now on PC (via the Epic Games Store), Xbox One, and PS4. The collection costs $50.