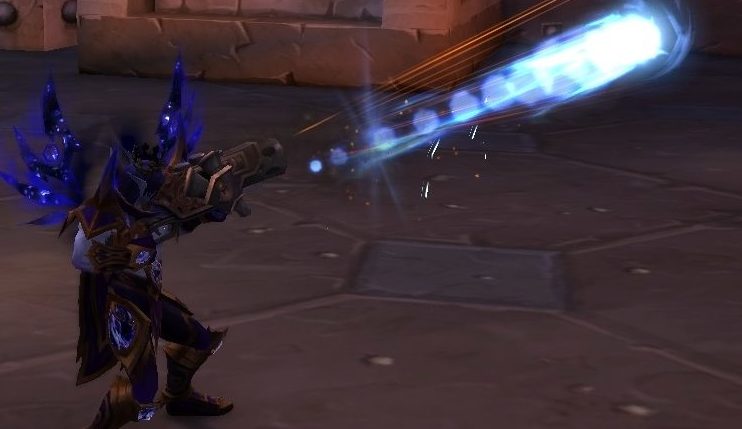 Blizzard has rolled out a new World of Warcraft: Battle for Azeroth patch that buffs the Twin-Pipe Buster Cannon to make it more competitive.

The hotfix is small one, and alongside the above mentioned buff to the Twin-Pipe Buster Cannon, the patch also introduces a change to Freezing Tidepools on Raid Finder difficulty.

In addition, the patch also resolves an issue with Virulent Plague for Death Knights.

Twin-Pipe Buster Cannon bonus effect damage has been increased by 83%.

Developers' notes: While iterating on itemization feedback, we discovered that the Buster Cannon's effect had been tuned low. This should make it more competitive with other ranged weapons at similar item levels. Should you wish to restore a deleted Twin-Pipe Buster Cannon, please use our Item Restoration website: https://battle.net/support/restoration

• Many guard posts and flight points are now more well-guarded.

Death Knight
-Unholy
Resolved an issue that caused Virulent Plague to incorrectly interrupt the enemy's eating and drinking after the initial cast of Outbreak.

World of Warcraft: Battle for Azeroth is available globally now for PC.