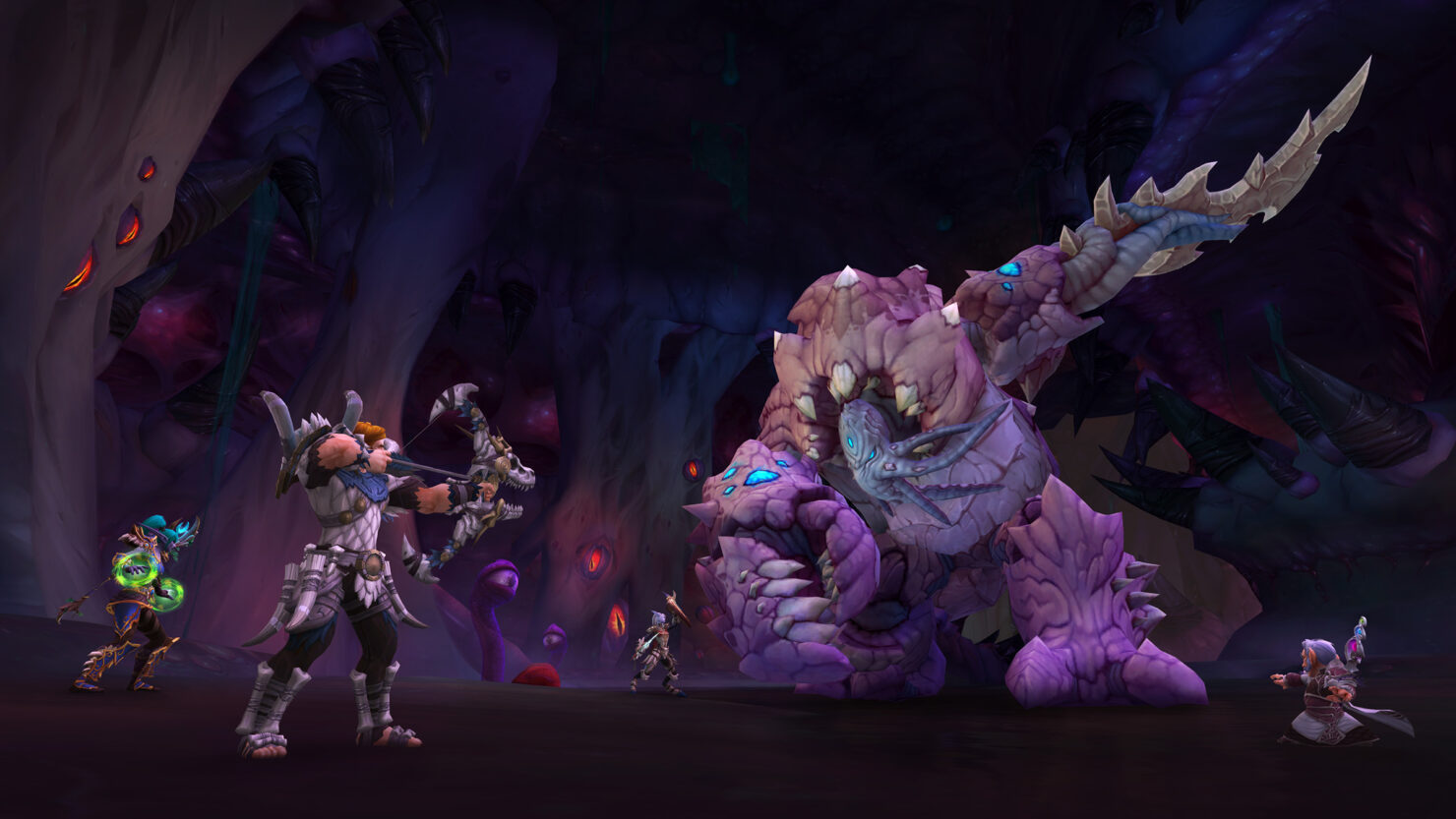 The most recent World of Warcraft: Battle for Azeroth patch has again made the Restless Cabal boss encounter in the Crucible of Storms  somewhat easier.

Blizzard already nerfed the encounter last month by reducing the health on some enemies and this new hotfix further reduces the health of Fa’thuul the Feared, Zaxasj the Speaker, Visage from Beyond, and Trident of Deep Ocean.

In addition to lowering the health of the above mentioned foes, Blizzard’s new hotfix increases the cast time Witness the End by up to 3 seconds in smaller raid sizes. We’ve included the official release notes for this hotfix down below:

World of Warcraft: Battle for Azeroth patch 8.1.5 is live now. Patch 8.2 ‘Rise of Azshara’ is currently available on the PTR and is expected to release by the end of this month of early July.