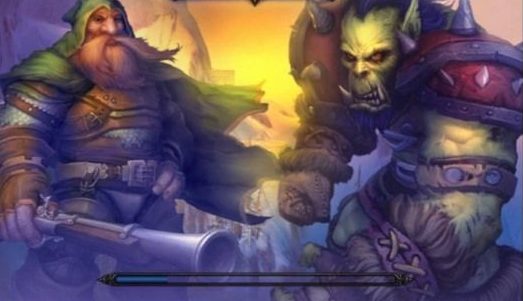 Earlier this month we covered Blizzard’s planned content release plan for WoW Classic, but details about how PvP will work in Classic have yet to be released. In a new post on the official World of Warcraft forums, community manager Kaivax has now provided additional information about Alterac’s popular battleground, Alterac Valley, including the fact that Blizzard intends to use the 1.12 version of the battleground. According to Blizzard, this offers various improvements and the most clarity.

WoW Classic Itemization Detailed by Blizzard; Items Will be Based on Patch 1.12

This is a subject that has been asked about several times recently, and we want to clarify some of the details surrounding it. Like many aspects of the game, Alterac Valley was tuned and adjusted in different ways from patch to patch in 2005-2006.

First and foremost, we’re planning to use the 1.12 version of Alterac Valley. For many parts of the game like this, we’re picking an original WoW patch that gives us the most clarity for WoW: Classic, and 1.12 is that patch.

In Alterac Valley, that puts us before the introduction of reinforcements. It puts us before the removal of all of the Commanders and Lieutenants. The only win conditions are the killing of Drek’thar in Frostwolf Keep or Vanndar Stormpike in Dun Baldar.

It gives us several early improvements to the BG that we’re glad to have in place. Early on in AV, there were too many NPCs and they were too hard to kill. By 1.12, many had been removed and NPC health was brought down to a reasonable level. Turning in armor scraps is an encouraged, supportive activity by this point. Many capture points (mostly graveyards) had been moved away from their initial placements to gain better balance across the map. Korak the Bloodrager was removed, and killing opposing players no longer drops items like Dwarf Spines, Orc Teeth, or Human Bone Chips. Gross.

In our content plan update, we mentioned that we’re still working out exactly how and when PvP elements of Classic will roll out. We’ll update you on that here very soon.

World of Warcraft is scheduled for a release this summer. Last year, Blizzard already confirmed that the team intends to use patch 1.12 as a foundation for the Vanilla server option.