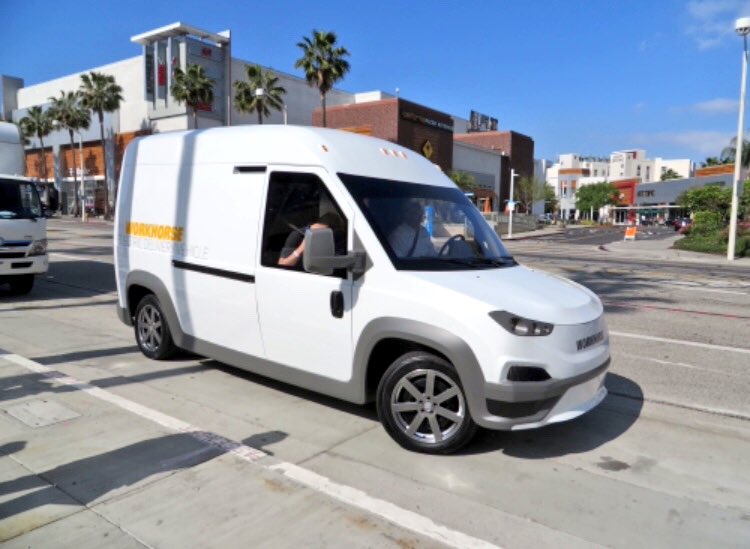 Workhorse Group (NASDAQ:WKHS), an Ohio-based manufacturer of EVs and utility vehicles, is under pressure today as Lakewood Capital’s Anthony Bozza has included the stock in its short ideas at the Robin Hood Investors Conference.

Currently, Workhorse shares are down over 6 percent. However, today’s weakness comes as the stock embarked on an epic bull run over the course of 2020, generating gains of over 466 percent so far this year.

Workhorse investors are increasingly banking on the company becoming a key node in the U.S. Postal Service’s (USPS) Next Generation Delivery Vehicle (NGDV) contract, meant to replace the aging fleet of USPS delivery vehicles. While interested companies were required to submit their proposals to the USPS by the 14th of July, a final selection for the lucrative contract, expected to include as many as 180,000 delivery vans, has yet to place.

While Workhorse is in the red currently, it is expected to become profitable in the next two years, with consensus expectations of $4.5 million in profits for 2022. Moreover, as per the recent interview of the company’s CFO with TD Ameritrade Network, Workhorse currently has a backorder of 1,100 trucks, equating to a potential revenue of $70 million. Additionally, the company is likely to have built another 300 trucks in Q3. As a refresher, the Workhorse C-Series electric delivery truck platform will be available in multiple size configurations, 450, 650 and 1,000 cubic feet.

Of course, given the fact that Workhorse remains reliant on winning the USPS contract to justify its significant year-to-date stock appreciation, any disappointment on this front leaves its shares vulnerable to a tailspin.

We noted in a previous post that Workhorse entered into a Note Purchase Agreement (NPA) with institutional investors on the 12th of October, whereby, the company would sell $200 million of its Senior Secured Convertible Notes, due in 2024 and bearing a coupon of 4 percent. As per the press statement, the net proceeds of $194.5 million will be used "to increase and accelerate production volume, advance new products to market, replace previous higher cost financings, and support current working capital and other general corporate purposes”.

However, in a crucial caveat, the Form 8-K filed by the company with the U.S. SEC notes in this regard (page 39):

What this basically means is that Workhorse has committed to a pre-determined revenue level to obtain this financing. However, this covenant will not apply if the company "has received a USPS Award”. In effect, Workhorse needs the USPS contract in order to nullify the stringent requirements contained in this covenant. This only serves to highlight the vulnerability of the stock’s rally to any adverse development on this front.