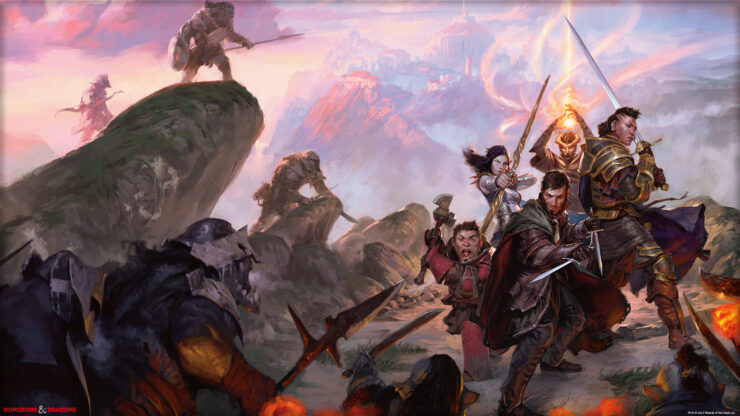 Wizards of the Coast president Chris Cocks, who stepped into the role in June 2016 after spending over a decade at Microsoft, has a background in the games industry. Between September 1999 and November 2002, he was Group Product Manager for the Xbox action game portfolio (Halo, Oddworld, MechAssault, Fable and more).

Cocks understands the games industry, which explains the otherwise surprising bid for an upcoming wave of D&D based videogames he revealed in an interview with Rollingstone's Glixel.

We are looking at TV series or movie deals as well as more web-based content and actively pursuing a larger slate of video games for D&D. Right now we have a slate of four to five coming in 12 to 18 months and five or six set for 2020 and beyond across a variety of genres. At its core, D&D has a couple things going for it: A rich lore and rich history and six or seven different worlds. That’s a rich vein to be able to tap into. Also, the history associated with it means that when you play D&D it feels very authentic because it’s a mature property and has had so many iterations of it. The secret to D&D is that really the rules are just guidelines.

As a longtime fan of Gary Gygax's magnum opus, this couldn't make me happier. With the exception of Beamdog's Enhanced Editions of classics like Baldur's Gate and Planescape Torment, recent years have been disappointingly devoid of new D&D videogames. What's more puzzling is that no games based on the popular IP have been announced yet, so if those titles are indeed launching in the next year to year-and-a-half we should know more about them in the next few months, starting with the developers.

Of course, Wizards of the Coast is also preparing new games based on Magic: The Gathering. These have actually been announced, with the digital card game going into Closed Beta phase soon and the MMORPG made by Cryptic still very much thin on details.