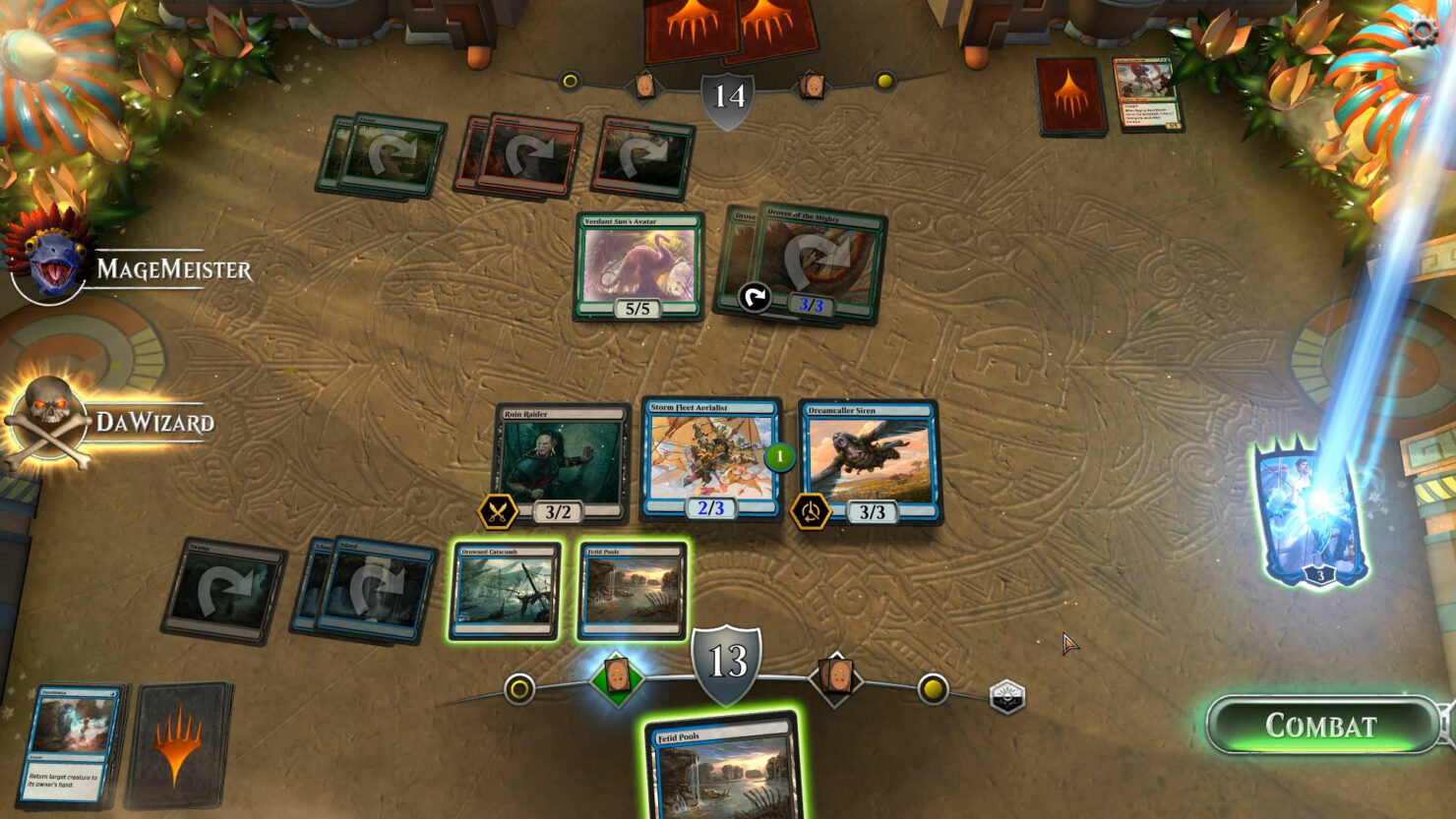 Today, the development team confirmed that starting next week, it will be possible for select players to take part in short stress test sessions.

Before we get fully into the Closed Beta, we will be running a few tests with a small group of Magic players to make sure the system is ready for the Closed Beta. On November 3, we'll kick things off with a stress test meant to ensure the system can handle all of you fine folk playing around on the servers. We'll be inviting a group of Closed Beta priority access holders to help us test on that day, so watch your email for an invite. Then, assuming all goes well on November 3, we're planning a series of play days over the weeks that follow. We'll invite a few thousand fans also with priority access to help us further calibrate the game before opening the gates to a greater number of fans. During this time, we will focus on testing Constructed Magic. Every Ixalan card will be available to playtesters during these one-day sessions, and we'll even provide you free packs to test with!

If the stress test days go well, the game will enter the closed beta phase, with the team expecting it to start as early as November 30th.

The team also provided an outline on how they will proceed with their work during the Stress Days and Closed Beta.

We'll start by inviting back players who participated in the stress test, the play days, or the Alpha. After that, we'll send frequent invites to more players based on our server requirements and capabilities. During this period, we'll be collecting feedback and adding updates, expanding the features, and adding key cards from Kaladesh and Amonkhet blocks. The Closed Beta will remain NDA-restricted as we continue to work on improving the Beta. We're excited to see you all start streaming and sharing the game, so we'll lift the NDA as soon as our team feels the Closed Beta experience is ready for the spotlight. Don't worry, we'll let you know via email when the NDA has lifted. Players with priority access will receive invites during this period, though the number of invites will still be limited based on our requirements and server capabilities. We hope you understand that because we are still testing the system, we can't guarantee that everyone with priority access will get in the Closed Beta at its kickoff.

You can check out the Magic The Gathering Arena official website to get a chance of getting access to the Closed Beta.