Windows 10 May 2020 Update, version 2004, is now on more than 33% of all Windows 10 PCs, the latest usage data has revealed. Introduced at the end of May this year, Windows 10 version 2004 was riddled with bugs, which have now finally been addressed (at least most of them).

As we inch closer to the release of the upcoming Windows 10 October 2020 Update, more users will switch to version 2004 to future-proof their devices ahead of the new feature update, which means next month should potentially show another huge chunk of users being added to version 2004. 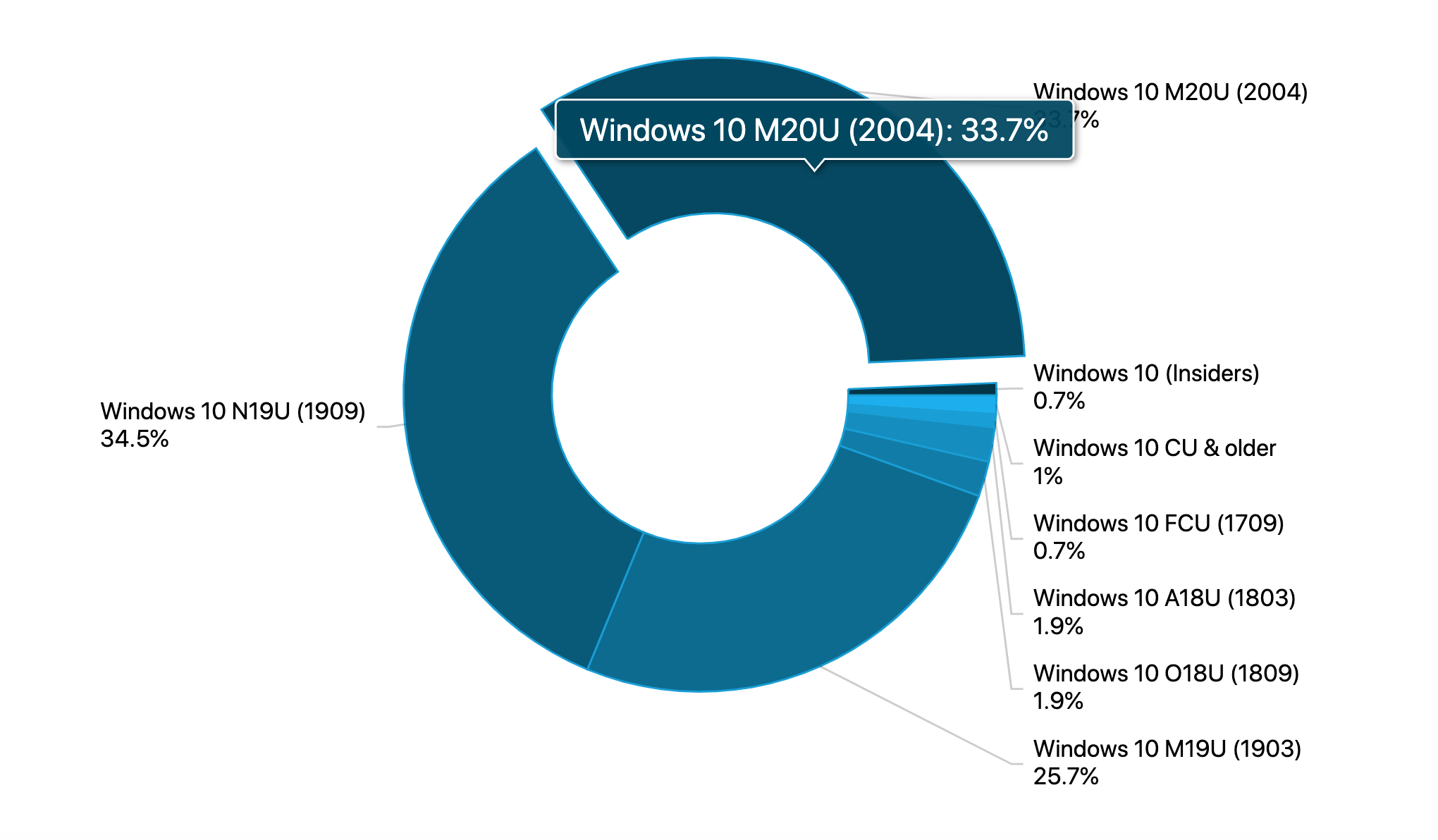 Ahead of the new feature update, this is possibly the best time to install Windows 10 May 2020 Update since the new update might take an additional few months to be completely bug-free. We also recommend Windows users to download and save a copy for later installation if they aren't sure about it right now but would need to upgrade in the next few months since by then version 2004 ISO files won't be available.