Microsoft seems to be on a mission to squash all the bugs that come its way of having a successful and smooth launch of Windows 10. Since the Windows 10 build 10240 was released to manufacture, we have been seeing routinely updates hitting the Insider build to kill one bug or the other, today's only a little different. 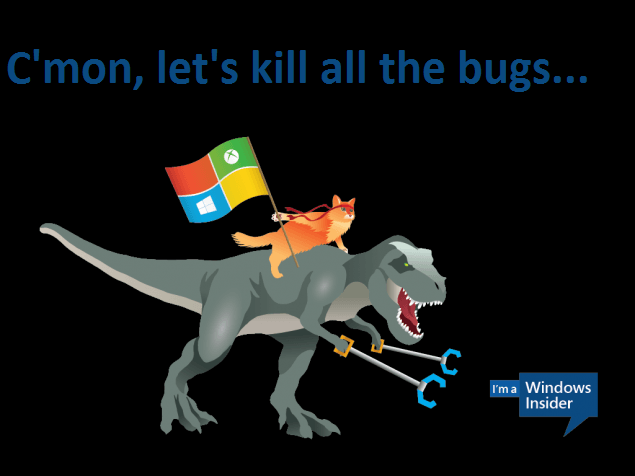 10240 gets another update - exclusively for Surface lineup?

In this drive to push incessant updates to Windows 10, Redmond has rolled out another update as the Windows Insider program head Gabriel Aul tweeted (he seems to be on his own mission of keeping Insiders up to date with every other update that's been rolled out):

While Gabe Aul forgot to mention the details of this update, as is his wont, and left Insiders with no clue if all of them should go for this update or not, Jordan Cohen came to rescue! He informed his Twitter followers that this update fixes 0x80246013 error that Surface Pro 3 and Surface 3 users were receiving when trying to apply the firmware update rolled out yesterday. It is very much possible this update also fixes other issues and bugs in desktop or laptops powered with Windows 10, but nothing is officially mentioned.

In a query, Cohen also mentioned that the error 0x8024004c, which wasn't fixed with the latest update, is a low battery error. If you charge your battery to up to 30%, you would ideally get rid of this error.

Earlier in the day, we also heard about Intel taking part in this Windows 10 bug-killing game with Microsoft as it intends to tackle a battery issue that some of the Windows 10 powered machines are suffering from. The bug reportedly can potentially reduce battery life to up to 10%.