Microsoft has released another Windows 10 update to the members of its Windows Insider program. This update patches some unnamed issues in the very latest Windows 10 10240 build.

- Recommended: Would Microsoft Succeed to Become the Most Culturally Savvy Tech Company? 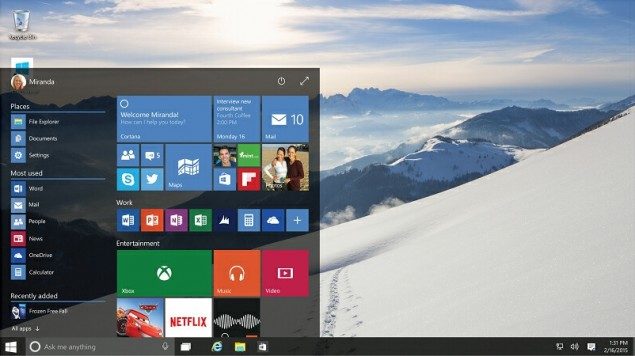 If you had updated your PC to the Windows 10 build 10240, you can check for a new update that is a small hotfix for some unnamed issues in the OS build. Gabriel Aul of Microsoft announced this update on Twitter without sharing any details about what actually is this update coming to patch up. He tweeted, "Another hotfix rollup (KB3074674) now available for #WindowsInsiders running build 10240 on Windows Update."

This latest Windows 10 update follows another security patch released by Microsoft for Windows 10,

"This security update resolves a vulnerability in Microsoft Windows. The vulnerability could allow remote code execution if a user opens a specially crafted document or visits an untrusted webpage that contains embedded OpenType fonts. To learn more about the vulnerability, see Microsoft Security Bulletin MS15-078."

Microsoft released the Windows 10 build 10240 on July 15. This build reflects all the changes and features that are part of the Windows 10 RTM build. We are constantly seeing more updates and patches that are making the operating system look polished and more secure as we get near to the launch date. Redmond is expected to officially release Windows 10 to public on July 29.

Consumers will be able to buy PCs from Dell, Lenovo, HP and others pre-installed with Windows 10 right on the release date. As far as updates are concerned, Windows Insiders will get the upcoming operating system before anyone else as the Microsoft's Windows 10 roll-out strategy had suggested.