This is the part of the benchmarking where we will focus on the general performance improvements seen in Windows 10 over Windows 7. This means we will be looking at the OS' capability to handle and manage different workloads and utilization of memory. We will be going through a number of benchmarks but the crown jewel remains Futuremark's PCMark 08. It is worth pointing out that OpenCL acceleration was disabled and tests were run in conventional mode to avoid bringing Nvidia drivers into play. Given below are the specifications:

Without any further ado, here are the benchmarks: 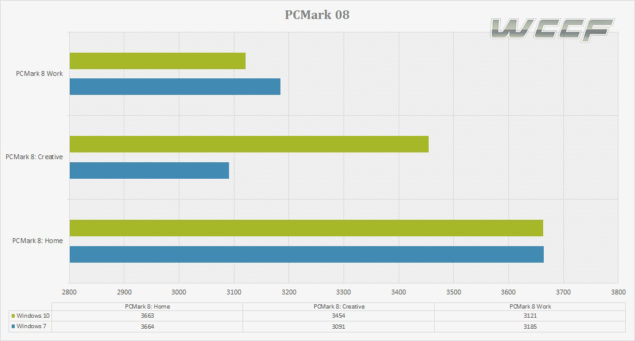 Right from the start we notice that there is very significant difference in the Creative set of benchmarks. This indicates that Windows 10 has gotten that much better in handling loads that are Memory, CPU and GPU intensive in nature. However, the Work and Home sets of benchmarks either show no difference or an actual dip in performance. The dip could be due to the fact that Windows 10 is currently the bleeding edge so its driver support might not be perfect.

Following up we have the Cinebench R15 benchmark and a Linpack benchmark as well. These will test the processor management and utilization of the operating system:

Windows 10 has a definitive improvement over the Windows 7 OS - which is something that is expected. The newer OS is more light weight in nature than Win 7 and shows an improve in compute. The difference (in my case) was not that huge - with Windows 10 showing about 0.5 of a GFlops of performance improvement over Windows 7. Finally we have the old but reliable WinRar benchmark in which Windows 10 nets a clear victory over its predecessor. 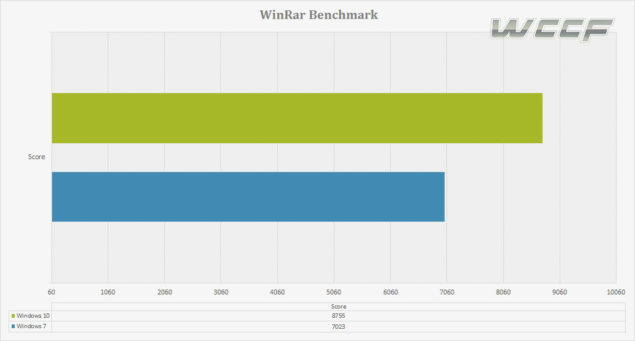