Windows 10 is already installed on over 75 million devices, globally. However, there is still a large number of users waiting for more tests and reviews before they could decide to upgrade their machines to the latest operating system being offered by Microsoft. In today's post, we take a look at a very rigorous Windows 10 performance test which compares the OS against its predecessor - Windows 8.1. There is a plethora of reviews and tests already out including ours where we put it against Windows 7 (Read: The Windows 10 Review for the Windows 7 User: Misses More than It Gets).

Following is a Windows 10 vs Windows 8.1 performance comparison helping you to notice where exactly is the latest desktop operating system winning over Windows 8.1. 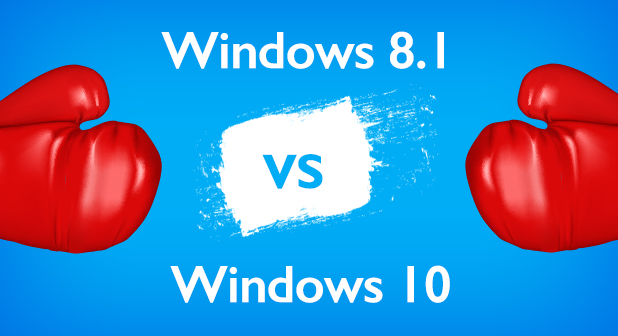 This latest Windows 10 performance test is here thanks to the researchers at the security firm AVG Labs. To produce "comparable results" of both the operating systems, AVG clean-installed both the versions along with only the latest drivers and speed testing software. In a temperature controlled room, Asus UX-501 notebook was used for the purpose which boasts an Intel Core i7 chip and 16 GB of RAM. Before the performance tests, following steps were carried out:

Now to the main show! Windows 10 won over Windows 8.1 in the following categories:

Clearly, Microsoft has improved Windows 10 when compared to Windows 8.1 - even if infinitesimally in some cases. From AVG's Windows 10 vs Windows 8.1 performance tests, Windows 8.1 seems to be particularly better when gaming scenarios are considered. Not only it experiences better battery life while playing games but also edged Windows 10 slightly with the 2015 Grand Theft Auto V performance. Windows 10 is expected to see major improvements in this particular department, as it "is the exclusive implementation of Microsofts graphics platform DirectX 12 which is supposed to speed up games by to 50%," comments AVG. We will see more reports on this once the titles are out, possibly in the holiday season.

Don't forget to check out Windows 10 tips and tricks to speed up and fix Windows 10 slow boot up issues. For more details about this Windows 10 speed test against Windows 8.1, visit AVG.