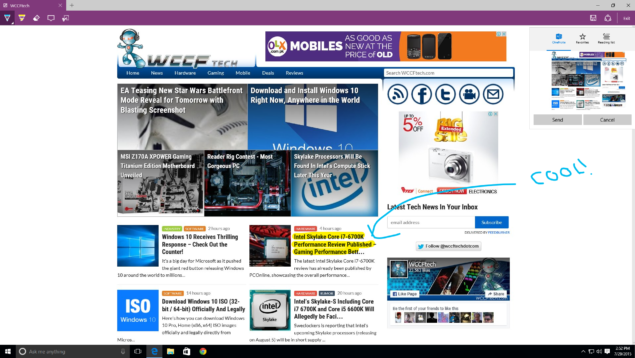 The webnote feature is a shallow feature that barely passes being called an obvious gimmick.

I really loved the name Spartan and when it was announced that Microsoft is changing the name of the Spartan Browser to Edge, I was very disappointed. Then we learned that not only will the new browser be named Edge, but it will have approximately the same icon as well - and that's when the sneaking suspicion of a re badge arose. Thankfully, however, Edge Browser is not a re badge of the Internet Explorer. However, it is not entirely a new browser either.

The benchmarks we chose for the test were:

The first test is the HTML 5 feature test, which will tell us to what extent the browsers can handle different HTML5 workloads. It is not exactly a pure benchmark, rather, a simple count of the HTML5 support. It should also show the browsers difference from its predecessor. Without any further ado the HTML5 Feature test: 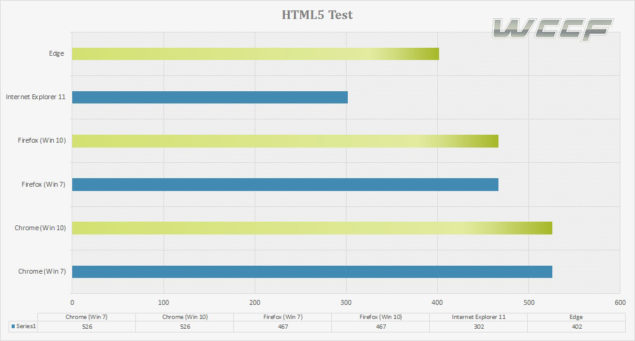 As you can see, Edge is considerably more advanced then the old Internet Explorer. The leader in HTML5 compatibility is Chrome, followed by Firefox, followed by Edge. This benchmark serves to show that Edge is not a simple re badge of the Internet Explorer brand, and it is at the very least an honest attempt at a significant revision.

The next test we have comes directly from the folks over at Futuremark and is one of the most extensive tests to determine browser performance. Peacekeeper is quickly becoming the go-to benchmark for measuring browser performance and is a valuable third part benchmark with no associations with developers of any browser: 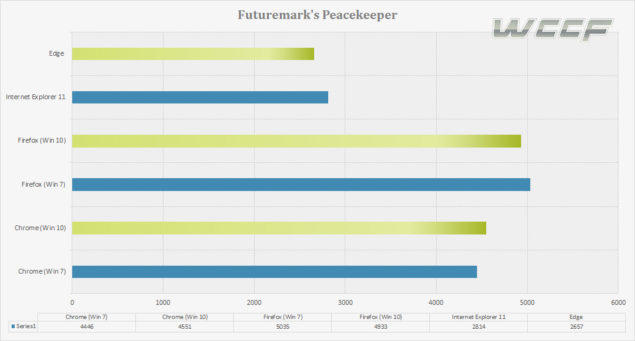 Here we see something interesting. Peacekeeper is unable to run 2 of its tests on the Internet Explorer, which was something I was expecting. What I was not expecting is that it was also unable to run the exact same tests on Edge as well. Infact, Edge actually ends up behind IE in the tests it did run. We see almost half the performance of Firefox and Chrome. Interestingly, Firefox actually seems to drop in performance after the upgrade to Windows 10 instead of going up - which we can safely attribute to the program not being updated for Windows 10 support.

The following benchmarks are Javascript benchmarks. One was developed by the people behind Chrome (Google), one by the people behind Firefox (Mozilla) and the last a third party tool. These should serve as a neutral basis for determining performance without cherry picking any specific developer over the other: 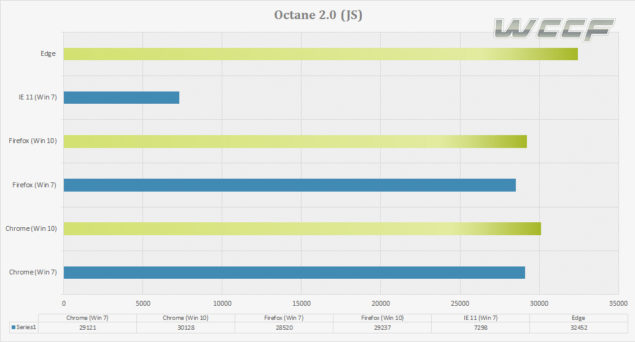 In the Octane 2 benchmark, the Edge browser really shines. It blazes through most of the tests and scores exceptionally high. The difference between Internet Explorer and Edge is night and day here. Both Firefox and Chrome benefit from the jump to Window 10 and show a performance increase. 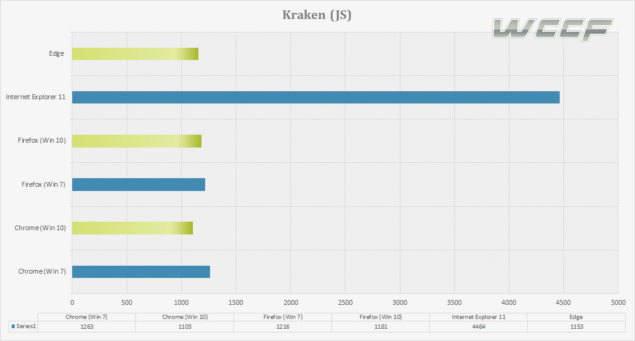 In the Kraken benchmark, the Chrome browser leads (ironically) the tests with Edge right there in toe, easily keeping up with its two aged counterparts. Once again, the difference between  Internet Explorer and Edge is absolutely huge. 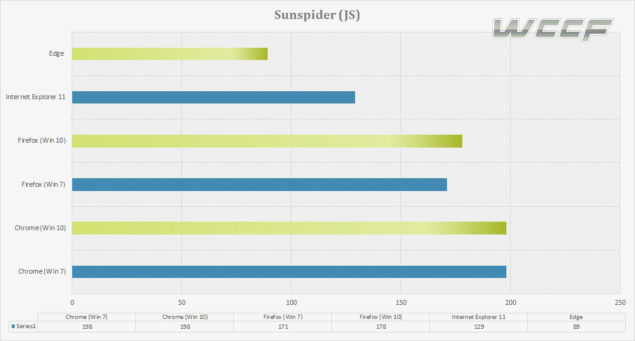 In conclusion, Chrome has gained an obvious advantage after switching to Windows 10 while Firefox will eventually do so as well. Edge while in some cases is competitive, in others, it fares just as bad as Internet Explorer. This means that while it will now suffice for casual tasks, anything more intensive or complex and switching to a third party browser is advisable.