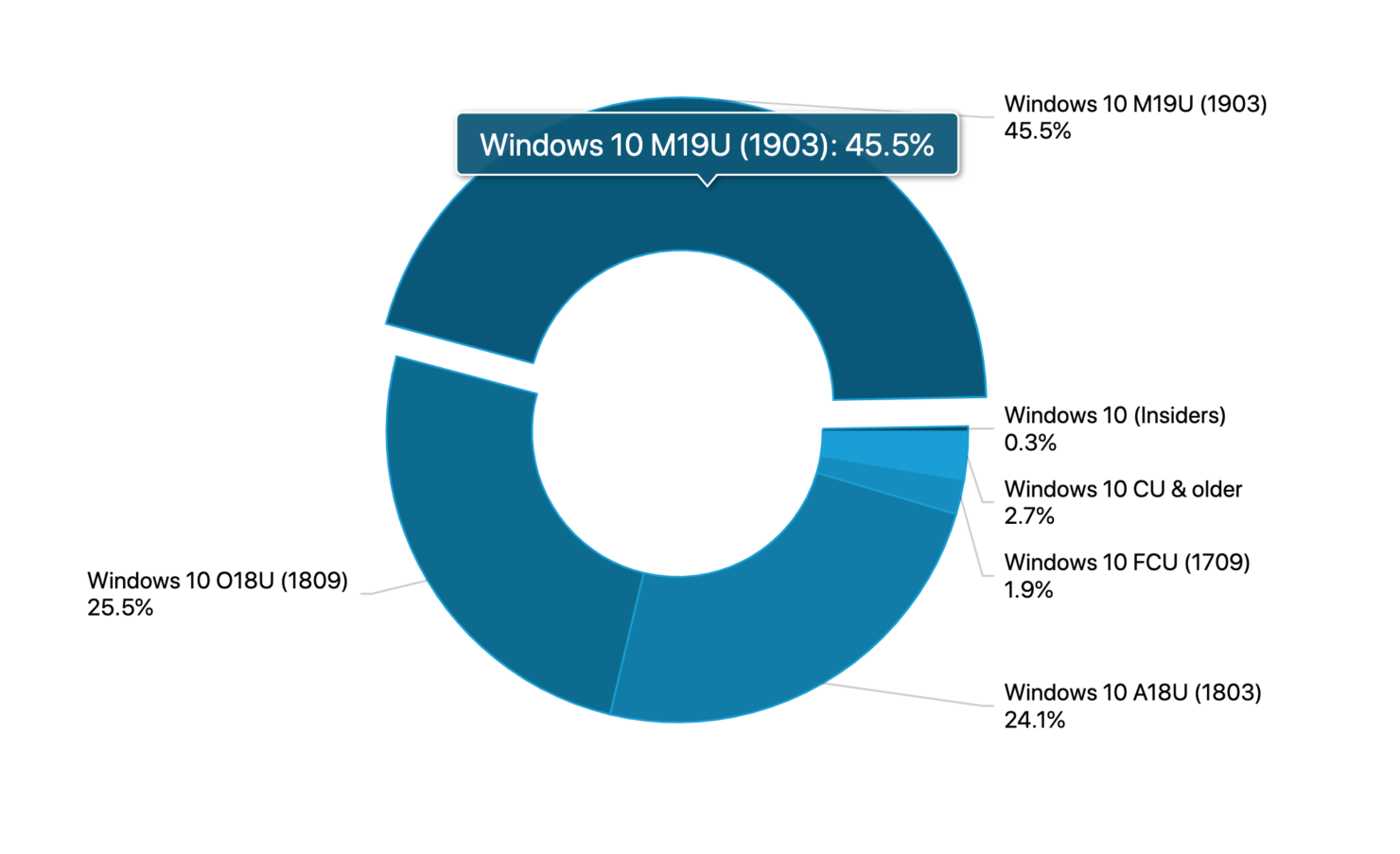 Microsoft's latest Windows 10 May 2019 Update, version 1903, experienced significant growth last month almost tripling its adoption rate. Since then, several bugs have been reported by the users brought in mostly by the latest cumulative updates. While the Windows maker has now addressed most of these issues, it appears users are a little wary of version 1903.

Microsoft is planning to release the next version of the operating system in the coming weeks. The upcoming Windows 10 October 2019 Update or version 1909 will be a significantly smaller update, delivered like a monthly cumulative update, and focusing entirely on performance improvements and stability.

The company has faced severe criticism over lack of quality control and the number of bugs that are spotted after every new version is released to the public. It is hoping that the upcoming Windows 10 1909 will manage to be the most reliable version of the OS, making Windows 10 ready for next year's massive upgrade for which Microsoft is planning some major features, including a new Cloud Download feature.

- Earlier: you can still upgrade your Windows 7 machine for absolutely free