What the Windows! Despite Bug Reports Windows 10 April 2018 Update Is the Fastest Moving W10 Version 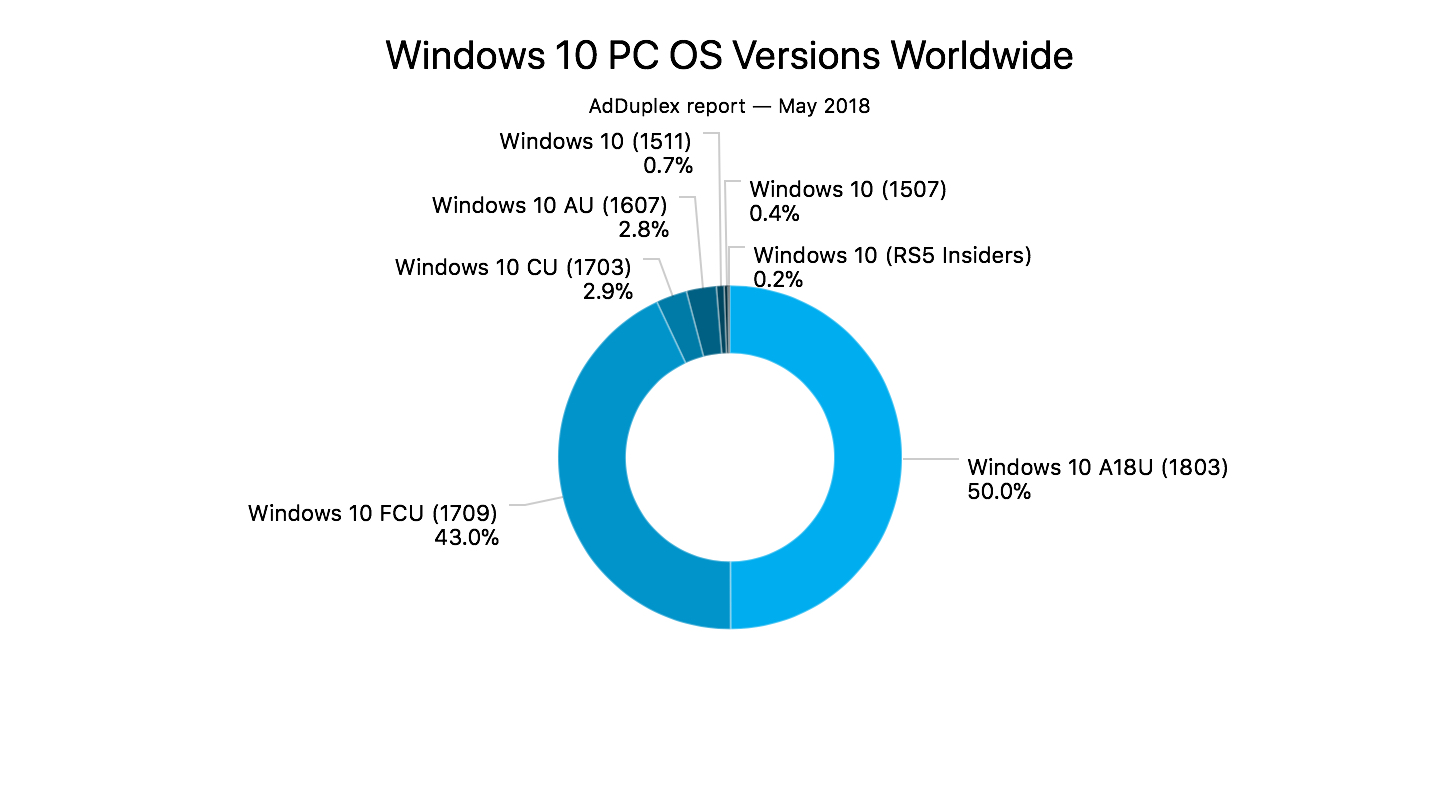 Some of you may have linked us to user reports complaining about bugs and problems in the latest version of Windows 10, but it appears Windows 10 version 1803 is experiencing the fastest rollout of any Windows 10 feature update so far.

The last two Windows 10 feature updates were comparatively free of major bugs or problems resulting in more confidence in Windows updates. However, the latest update has actually seen multiple reports of problems, including some official explanations of bugs. Microsoft had to pull back Windows 10 April 2018 Update for Intel and Toshiba SSDs and then the latest version was also blocked on machines running Avast antivirus.

Overall, the Update appears to be free of any major bugs to have been adopted at such a speed. Microsoft's decision to block it temporarily on certain machines, however, may affect the adoption rate of upcoming Windows 10 feature updates.

Windows 10 April 2018 Update was officially expected to be released to the public on April 10 but its rollout was pushed to the end of April. Following a phased rollout strategy, Microsoft is yet to offer it to all the compatible Windows 10 machines.

Have you updated your Windows 10 system to Windows 10 April 2018 Update? Here are the steps to download Windows 10 1803 ISOs and manually install it on your machine. Before this, don't forget to check if it's already available for your PC by going to Settings > Update & Security > Check for updates.