Back at the Mobile World Congress in Barcelona, Nokia invited a select group of people to an invite only briefing. In that briefing the Finnish manufacturer showed this select group of people that Nokia Catwalk. Catwalk is the internal codename for Lumia 920's successor. Those who saw it up close reported that the Nokia Catwalk is made out of aluminium, which means that it is going to be thinner and lighter than the Lumia 920. No images have previously been leaked, but today a couple of allegedly leaked images were posted on Sina Weibo, which is China's Twitter. 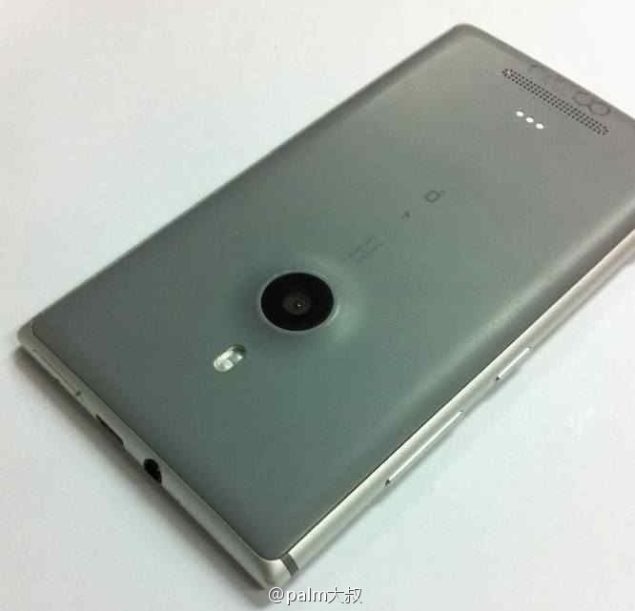 As per previous reports, the internal specifications of the Nokia Catwalk Lumia smartphone are similar to those of the 920. The device is said to tout a 4.5" OCTA display. It will be powered by Qualcomm Snapdragon S4 1.5Ghz processor with 1GB of RAM. Internal storage will be at 16GB and there will be a 2,000 mAh battery. On the back an 8.7 OIS camera with LED flash can be found. The three dots for wireless charging can also be found on the back. It will be running Windows Phone 8, that's pretty obvious as the entire Lumia line is based on Windows Phone. The new aluminium body makes this smartphone some 50 grams lighter and 2.3 millimeters thinner than the Lumia 920. That is a substantial difference, one that justifies switching from the 920 to the company's upcoming flagship.

According to several reports the Nokia Catwalk smartphone will be released on the 15th of May, which is less than a month way. It is expected to be available in various markets by the end of June. No details on pricing or exact availability as of now. Nokia itself has not commented on these leaked images, though various sources are now confirming that this is indeed the Nokia Catwalk smartphone, one that is set to take over the Lumia 920.