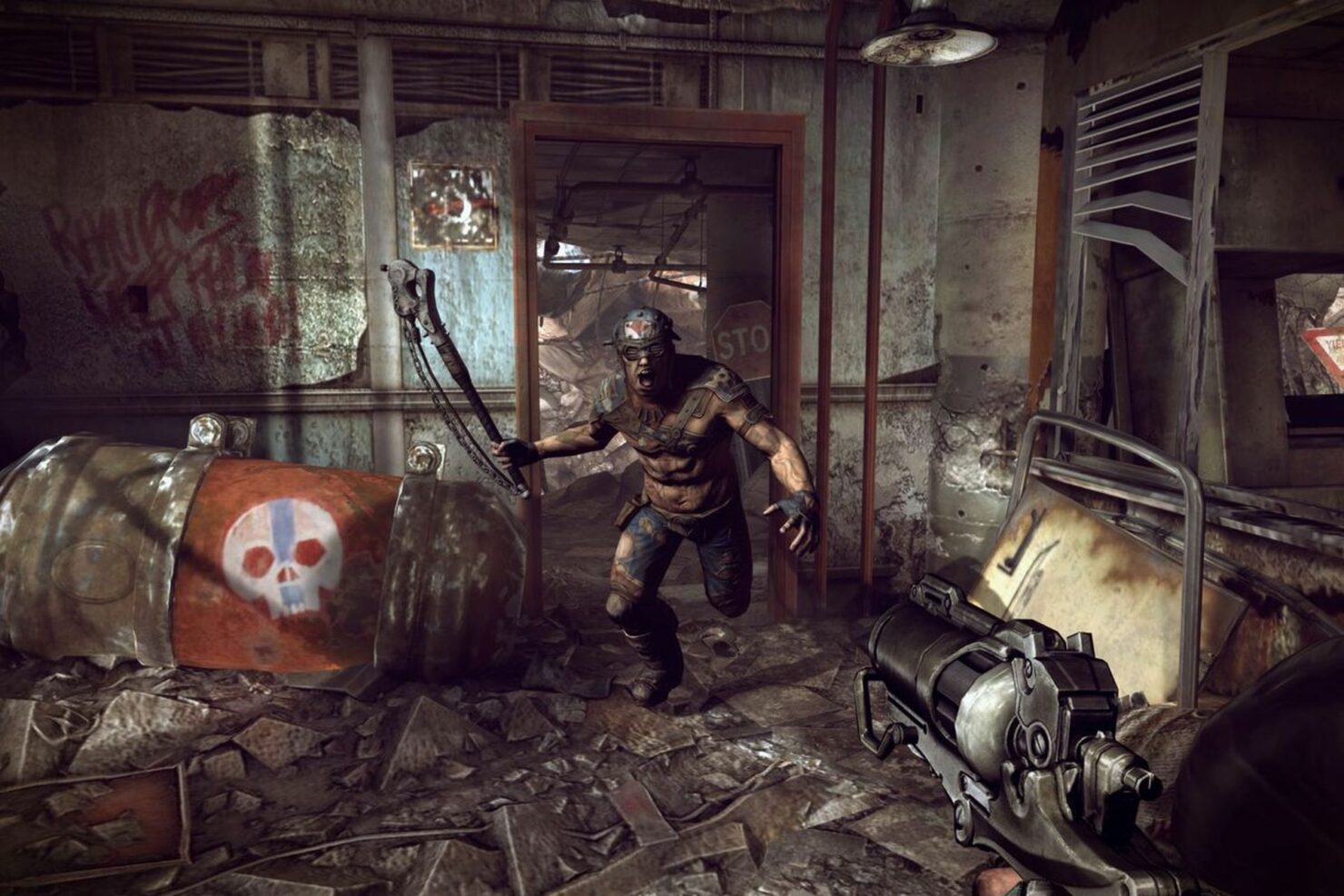 Among all of the games listed in Walmart Canada's now infamous pre-E3 2018 listing leak, perhaps the least expected one was RAGE 2. That's because the first game didn't exactly turn out to be a milestone when it launched in October 2011, despite the tremendous hype it had at the time.

Critics consensus eventually settled at an average score of 81 for Xbox 360 and PlayStation 3 and 79 for PC, according to Metacritic, while Steam users were a bit harsher with an average of 75.

Official sales data was never divulged, but Bethesda VP of Marketing and Communication Pete Hines said a couple years ago that RAGE did well enough to warrant a sequel. And it looks like that's exactly what's about to happen, with Bethesda dropping multiple teases per day leading up to Monday 14th - tomorrow.

While we wait for the official announcement, then, here's a list of what we would like to see in the increasingly likely sequel.

Target 60FPS (or higher) on every platform, including consoles

This would seem like a no-brainer since both Wolfenstein II: The New Colossus and DOOM (powered by id Tech 6) and the original RAGE (powered by id Tech 5) ran at 60FPS on all platforms. However, Wolfenstein II and DOOM are both linear shooter games while RAGE's world was open only on paper. If RAGE 2 is to provide a far bigger open world (and we certainly hope so, as you can read below), then keeping that 60FPS target is going to be much harder. On the other hand, id Tech 6 is a far better and more optimized engine than its predecessor.

Raise the bar for FPS combat and AI once again

If there's anything of the first game that's truly left a mark with gamers, it's the excellent combat. Between the satisfying gunplay and the unpredictable, elusive AI foes, RAGE delivered a lot of fun. Few games have been able to match these elements since and it would be great for RAGE 2 if the developers managed to raise the bar once again.

Keep the car combat and make it much deeper

As great as the FPS combat was, its brilliance was somewhat tarnished by the underwhelming and repetitive car combat. However, instead of taking the easy way and removing this feature entirely, we'd double down on it and make it much deeper in RAGE 2. It can help set the game apart from Bethesda's own post-apocalyptic RPG franchise, Fallout, which has never focused on vehicles.

The first RAGE game featured a few co-operative missions and even online competitive car combat. At the time, adding a few tacked-on multiplayer features was considered to be a must. Luckily game developers and publishers know better nowadays - multiplayer should be done right or not at all. Hopefully, the developers of RAGE 2 made the same the choice when they planned this sequel's development.

The world of RAGE seemed ripe for exploration at first, which made it all the more disappointing when players discovered its eminently linear design. This would need to be addressed in RAGE 2 as the benchmark for open world games in 2018 is much higher, starting with meaningful and varied side content. Furthermore, another sore point of the previous installment was the utterly forgettable story and its incredibly abrupt ending. Needless to say, this wouldn't cut it for the sequel; ideally, we'd like to see the same improvement in writing seen at Guerrilla Games with Horizon: Zero Dawn. It's far from impossible - all it really takes is hiring the right people.

Deliver a new take on the post-apocalyptic Setting

On the subject of the script, it would be great to see another take on the post-apocalyptic setting. Fallout has always been set in the United States. The developers would do well to diversify by setting RAGE 2 elsewhere in the world to get a much different tone within the post-apocalyptic genre.

Do you agree with our preferences for RAGE 2? Feel free to let us know what you'd like to see instead by leaving a comment below.