Ubisoft: Open Worlds Are a Major Growth Driver, Only We Can Deliver Them Regularly With Our 9K Employees

Today was Investor Day at Ubisoft, and the company presented lots of figures and slides to its investors. You can read the whole PDF document here, though for the purpose of this story we're focusing specifically on a few slides.

According to Ubisoft, games based on open worlds are proving to be a major growth driver in the industry. To prove that, they shared this slide with data from NPD, GFK and physical sales; it seems like the share of open worlds in gaming has increased from 7% in fiscal year 2008 to 33% in fiscal year 2015. 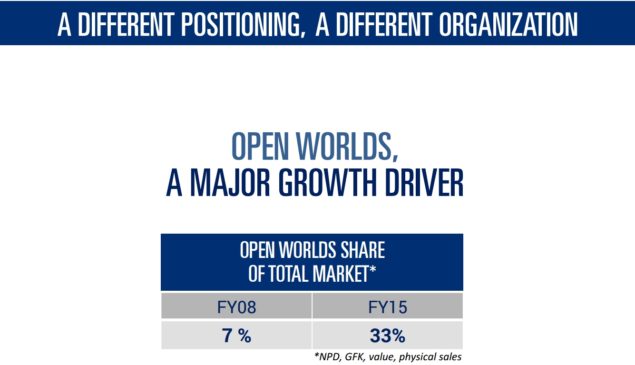 This is not at all hard to believe, considering how many open world games have been released in recent years. Perhaps more controversial is the next slide, where Ubisoft claims that only they can regularly deliver titles featuring open worlds. 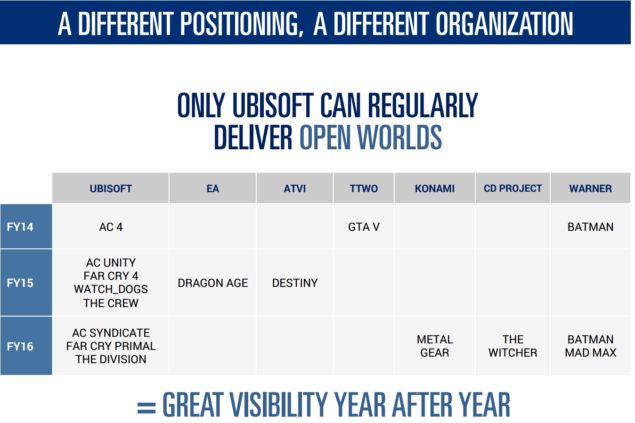 It is true that, quantity wise, Ubisoft is the leader in this particular segment of the market. Then again, from a quality standpoint many would probably have something to say about this strategy, especially since the huge number of open world games developed by Ubisoft gave birth to the running Open World: The Game joke.

In fact, more than a few gamers have argued that most of these Ubisoft open world games share design principles and even mechanics in an attempt to reduce costs.

In order to exploit this open world growth, Ubisoft has over 9K employees - a record in the industry. According to the company, this also allows them to bring great digital live service (what you may call post-launch support); two-thirds of production happens in cost competitive countries, with material costs estimated to be lower than direct peers. 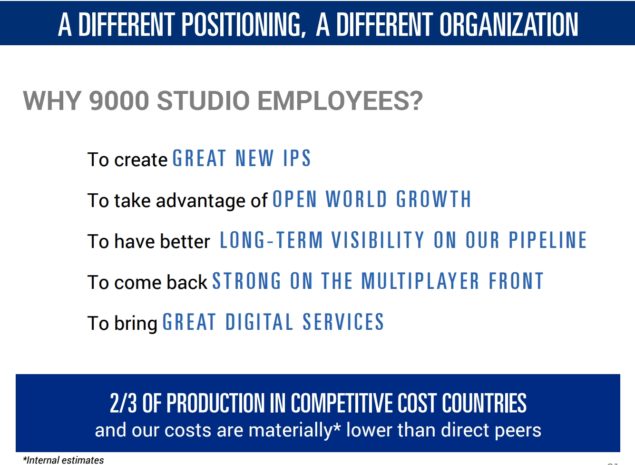 Last week, Ubisoft revealed that they have an unannounced AAA IP scheduled to release in fiscal year 2017. After all these slides, I'm pretty sure the game will have some sort of open world.