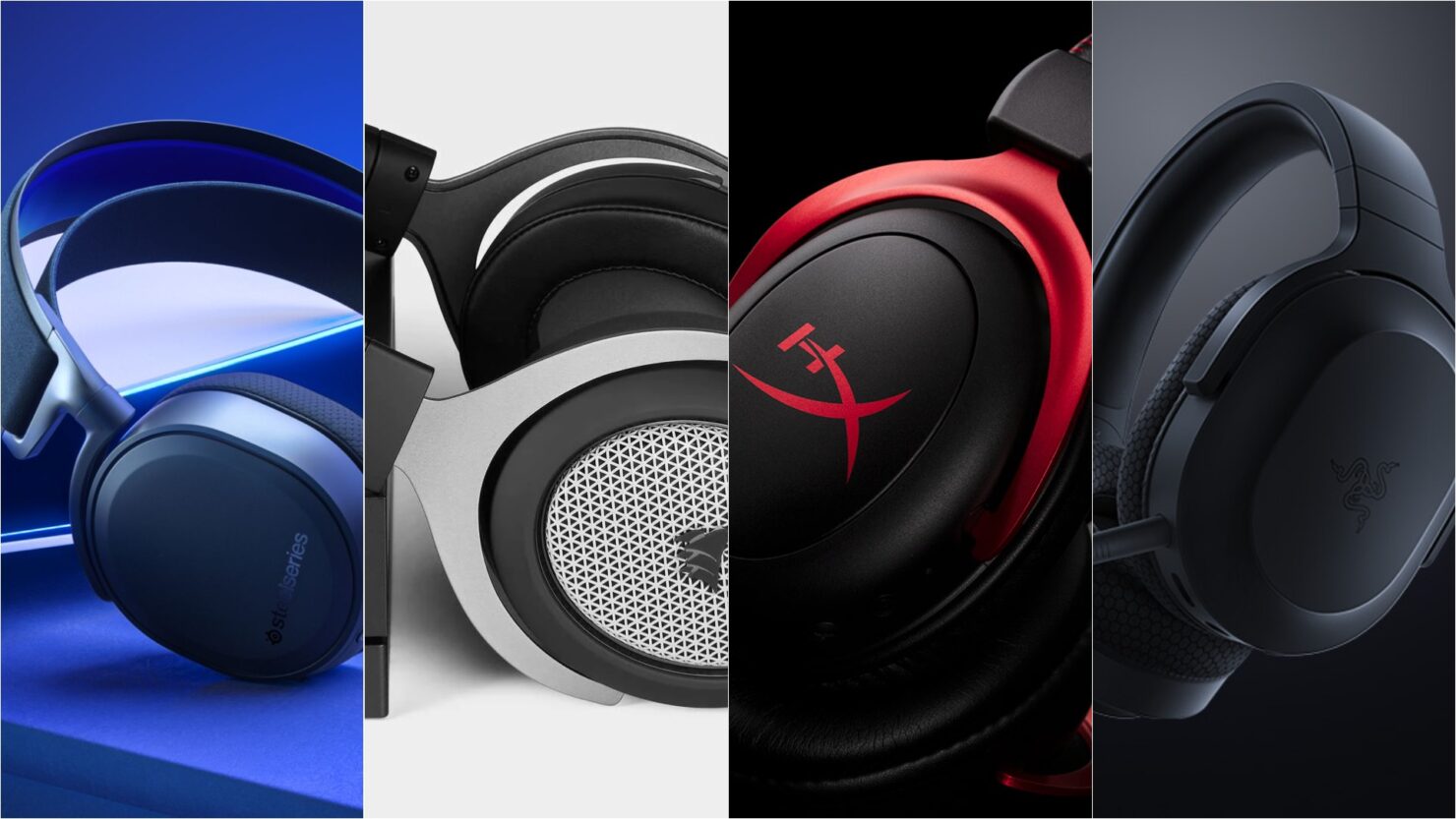 Without further ado, we present you with our list of best wireless headsets for console gamers this year. Most of the headsets on this list were released this year, but we’ve also included some from last year as we felt they are still pretty much relevant.

This list includes wireless offerings from different brands for PlayStation 5, PlayStation 4, Xbox One, Series X|S, and Nintendo Switch, as well as multi-platform headsets.

Best 2019 Console Gaming Headsets for the PlayStation 4, Nintendo Switch and Xbox One

The SteelSeries Arctis 1 Wireless was my favorite entry-level multi-platform wireless headset for quite some time. And then, the Razer Barracuda X arrived. While there are a lot of similarities between the two, Razer’s offering is lighter and sports USB-C charging, allowing you to quickly recharge this headset when needed. Like the Arctis 1 Wireless, the Barracuda X works with basically anything that has a USB-C port (except Xbox), and battery life is pretty good as well, lasting roughly 23 hours on a single charge. With its 40mm drivers, the Barracuda X offers lively sound with plenty of separation. Comfort is excellent, even during extended sessions. Razer’s offering is a solid pick for multi-platform gamers looking for a wireless headset for just under $100 USD. As a matter of fact, you can probably pick this one up for as low as $69.99.

Where to buy: Razer, Amazon

Granted, they are not as versatile as the Barracuda, but the Lucidsound LS15X (for Xbox) and LS15P (for PlayStation) are still viable wireless options for those looking for a comfortable entry-level wireless headset for PlayStation or Xbox platforms. Lucidsound officially released this offering last year, but a recent ravishing blue design that matches the Xbox Series X|S “shock blue” controller made this offering very much relevant this year as well. What separates the LS15P/LS15X from the rest in this segment is the dual-mic setup and innovative onboard media controls, as well as the onboard EQ presets. The LS15P/LS15X officially sells for $99.99, but you’ll probably be able to pick it up for less than that. 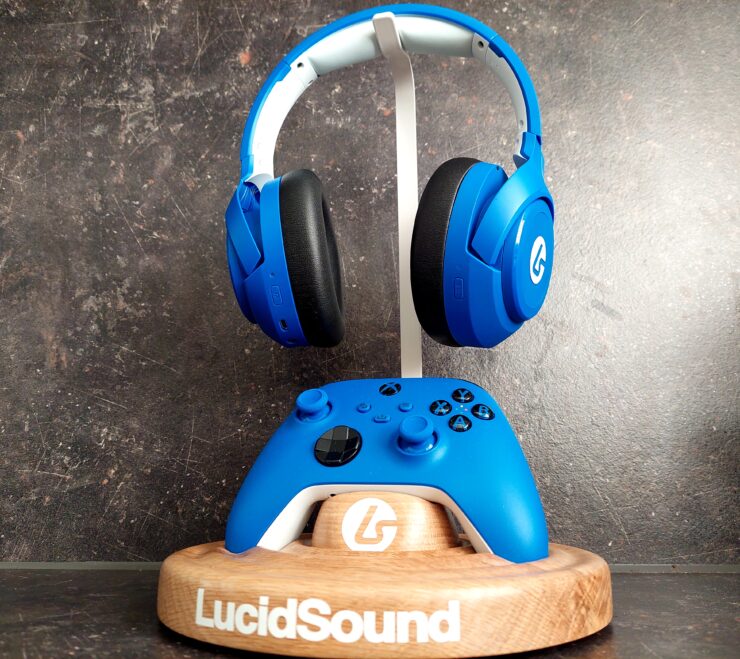 HyperX is among my favorite brands when it comes to value for money, and the new Cloud II Wireless for PlayStation consoles (and PC) is no exception. However, some might argue (myself included) that this offering is a bit redundant due to the Cloud Flight S, which also offers wireless charging and customizable onboard controls. Still, the Cloud II wireless offers superb battery life in this segment (and well above), great comfort, and splendid audio quality at a great price.

Where to buy:  Amazon

HyperX’s latest wireless offering for PlayStation gamers (there’s also an Xbox counterpart – the HyperX CloudX Stinger Core Wireless)  is a solid pick for those looking for a quality headset around $119 USD. It offers blue RGB lighting and a stylish black design to match the PS4 and PS5, in addition to good comfort, built-in control features to adjust LED effects, mic mute, power, and volume. In addition, this PlayStation headset offers a good sound experience across the board alongside a detachable noise-canceling microphone with an LED mute indicator and good battery life (with RBG lighting disabled). Overall, this is a good all-rounder with a fair price.

SteelSeries’ Arctis 7P and 7X wireless headsets (as well as the Arctis 1 Wireless) are among my favorite headsets for comfort, audio quality, and versatility. The iconic ski-goggle style headband offers unmatched comfort, even during long gaming sessions, and the USB-C wireless connection allows this headset to connect to basically any device that sports a USB-C port, including the Nintendo Switch, PS5, Xbox Series X|S, and PC. The freshly-released upgraded models, the 7P + and 7X +, make these offerings even more interesting. The new models benefit from USB-C charging for maximum flexibility plus a 15-minute quick charge for 3-hour usage. In addition, SteelSeries has further improved the battery life of this headpiece, with it now offering 30-hours of use on a single charge. Granted, the Arctis 7p+/7X+ aren’t among the cheapest headsets on this list, but if you’re a multi-platform player looking for a wireless headset in this price range, I can highly recommend these outings from SteelSeries. 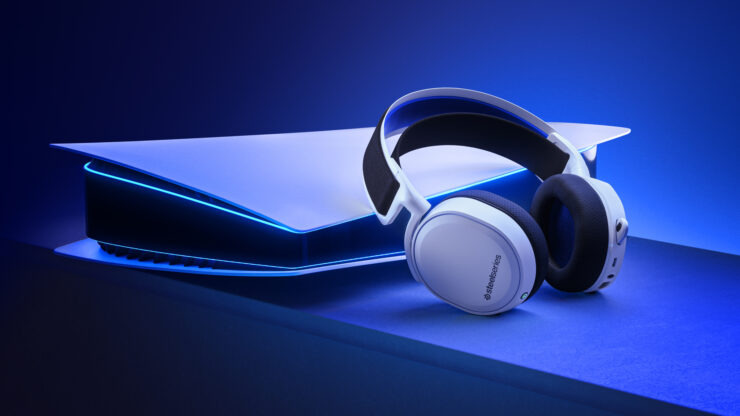 One of the best, if not the best, multi-platform wireless headsets - the Steelseries Arctis 7P +/7X +

Not really a “2021” headset, but still pretty much relevant this year nonetheless – the Turtle Beach Stealth 600 Gen 2 for both PlayStation and Xbox consoles. It lacks the Bluetooth connectivity of its bigger sister, the Stealth 700 Gen 2, but Turtle Beach’s next-gen wireless headset outing offers a great audio experience of just under $100 USD.  Although it sports the more traditional foam earpads, the Stealth 600 is a comfortable wireless headset with a great flip-to-mute microphone at a great price point. In 2021, those looking for an entry-level wireless headpiece won’t go wrong with this offering from Turtle Beach.

Where to buy: Turtle Beach, Amazon

I wanted to include the more recent Corsair HS80RGB Wireless on the list, but as that headset is more geared towards PC players, I decided to go with one of the best wireless gaming headsets available for Xbox. Released late last year alongside the Xbox Series X|S, the Corsair HS75 XB is the brand’s first officially licensed Xbox headset. It connects directly to the Xbox console without using transmitters or dongles. The HS75 XB is a classy-looking, well-built headpiece that offers an immersive sound experience and packs a good microphone. In addition, it comes with a Dolby Atmos license that allows for even more immersion. Xbox players looking for a high-quality headset won’t go wrong with this one. 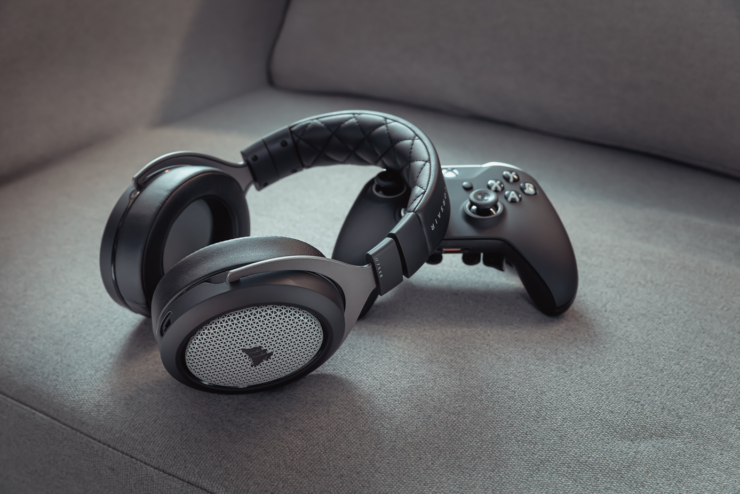 This model was released by Razer late last year alongside the release of the Xbox Series X|S, and a PS5 model is scheduled to start shipping next month for $199.99. Granted, this isn’t the cheapest entry on this list, but the Kaira Pro remains one of the best Xbox Series X|S headsets on the market. It’s a solid all-rounder with good battery life (especially with Chroma lighting off), a dual-mic setup, both wireless and Bluetooth connectivity to simultaneously connect the headset to your phone while gaming or making and receiving calls. Those who aren’t satisfied with the out-of-the-box sound experience will be happy with Razer’s tuning software for Xbox, allowing them to adjust the EQ and lighting to their liking. It sells for $149.99 through Razer, but you can easily pick this up for less.

Where to buy: Razer, Amazon

This year, this is our list of best wireless gaming headsets for console gamers. Of course, there are plenty of viable alternatives available, but you won’t go wrong with those listed above.

Let us know in the comments if you have any further suggestions!