“Never change a winning team”, the saying goes. Take one of your best-selling wired gaming headsets and make it wireless – that’s basically what HyperX did with the all-new Cloud II Wireless headset for consoles and PC. How does HyperX’s latest offering stack up against the competition and is the added wireless connectivity worth the additional $50? We’ll find out in this review.

The contents of the Cloud II Wireless are pretty straightforward and come in HyperX's standard boxing. The following items are included:

Simply put - the all-new Cloud II Wireless is HyperX's incredibly comfortable, great-sounding headset from 2015 with the addition of wireless capabilities. Aside from a few minor color differences, the Cloud II Wireless is identical to its wired counterpart, and this isn't a bad thing at all - even after more than 5 years, the wired Cloud II remains one of the best-sounding and comfortable headsets in its price range to date.

Like its wired sibling, the headband and hinges of the Cloud II Wireless are manufactured from aluminum combined with soft leatherette surrounding the top of the band. The earcups are made of hard plastic combined with cushions covered in leatherette.

Compared to offerings from other brands in this segment, HyperX's wireless outing doesn't come with many bells or whistles - you'll find a power button (which also serves as a button for Virtual Surround sound), mic mute button, USB-C charging port, and detachable microphone port on the left cup, and a volume wheel on the right earcup. Unfortunately, it lacks a dedicated 3.5mm audio port.

Spec-wise, there are some minimal differences with the original Cloud II, including differences in the frequency response and sound pressure level. Still, for most users, these differences won't be really noticeable.

HyperX's new wireless model's impressive feat is that, despite the addition of a wireless transmitter, the Cloud II Wireless weight has been lowered to roughly 300g (without mic).

Another impressive feature of this wireless model - its battery life. HyperX boasts that it lasts up to 30 hours on a single charge. More about this later on. As already mentioned above, the Cloud II Wireless supports 7.1 Virtual Surround, although this feature isn't available on consoles.

Comfort and ease of use

The Cloud II Wireless is a no-nonsense headset without too many bells or whistles. What you see is what you get with this headpiece, and that is by no means a bad thing. The headband can easily be adjusted to match your head's size, and once adjusted, it provides a secure fit without feeling too tight. I've had no problems wearing glasses while using the headset either.

A thing that I came to appreciate is the clear marking of the left and right earcups. These markings are really faint or absent on some headsets, but HyperX has done a good job accenting the cups' sides.

There are many comfortable headsets out there, but I do believe that HyperX has hit the sweet spot with the Cloud II Wireless (Cloud II and Cloud Alpha as well). It feels light, secure, and soft to the ears. I've felt no strains or whatsoever while using the Cloud II Wireless, and that's after more than three weeks of testing with extended gaming sessions.

Battery life of HyperX's new wireless offering is superb and easily beats most competing headsets. As boasted, it should allow for 30 hours of play on a single charge, but I found that it lasted even longer on normal volume levels - around 31 hours. This puts the Cloud II Wireless on par with HyperX's other recent wireless offering, the Cloud Flight S, and well above the battery life of rival wireless headsets.

Like the original Cloud II, the wireless version offers a great audio experience right out of the box - and that's a good thing as there's no EQ tuning through the HyperX software with this headpiece. Audio is accurate in basically all ranges and unlike a lot of headsets, doesn't boost bass that much, avoiding missing the more silent sounds.

Comparing the Cloud II Wireless to HyperX's Cloud Flight S, I would say that the wireless Cloud II offers even better audio output due to its more neutral frequency response.  Please note that these differences are minimal, and most players likely won't notice the difference in audio quality.

The detachable microphone is on par with that of the Cloud Flight S, offering decent clarity. The microphone does the job, but don't expect too much from it. This, however, is quite common among standard headset microphones.

I’m having a hard time rating HyperX’s latest wireless outing. On the one hand, it’s truly a great-sounding and incredibly no-nonsense wireless headset that does most things right. On the other hand, I can’t help but feel that it might be redundant with its sister, the Cloud Flight S Wireless, around. The Flight S can be picked up for around $150 as well by now and in addition to offering the same battery life and roughly the same comfort, it also packs Wireless Qi charging and customizable earcup controls. I also find the 7.1 virtual sound implementation on the Flight S Wireless ahead of the Cloud II, although this will only apply to PC and PS4/Switch players as the PS5 uses its own 3D audio tech. The Cloud II Wireless might be slightly ahead of the Flight S Wireless when it comes to sound quality, but this difference is negligible taking into account the extra features the Flight S offers around the same price tag.

Compared to wireless headsets from other brands in this segment, the Cloud II Wireless is a lot less versatile due to its lack of a dedicated 3.5mm audio jack and USB-C Wireless transmitter. If you’re a console gamer playing on multiple platforms, you’ll be better off with SteelSeries’ Arctis 7X (and 7p), but if you’re mainly playing on PC and PlayStation, the Cloud II Wireless is a solid pick in this price range. 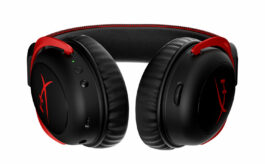 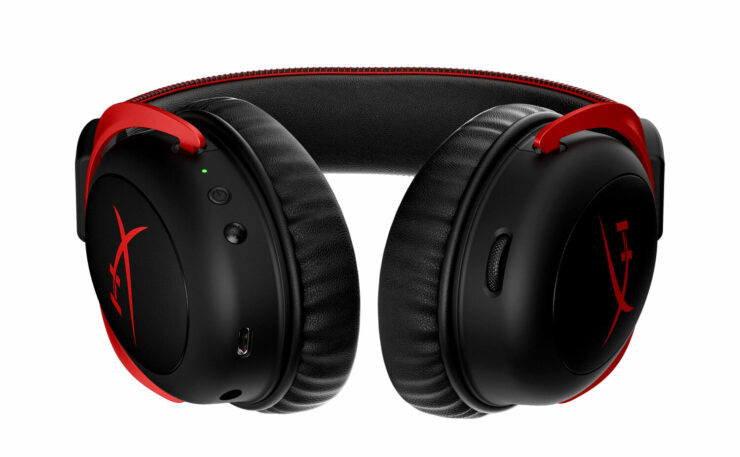 HyperX's Cloud II Wireless builds upon the splendid wired Cloud II and offers a superb sound experience and great comfort. PC and Playstation players looking for a solid wireless headset can't go wrong with HyperX's latest outing. Gamers playing on multiple platforms, however, might be better off with offerings from the competition that offer additional connectivity options for the same price.