New gaming console launches allow hardware manufacturers to release refreshed, updated models of their gaming peripherals, but with the all-new Kaira Pro headset for Xbox Series X|S, Razer is delivering a totally new model that breaks away from the brand’s metal circular design while also adding Bluetooth connectivity and a built-in second microphone.

I always get excited whenever a new Razer product arrives at my doormat - from the black design of the box to the premium presentation of the products inside, it's always a joy to unbox Razer products, and this also applies to the all-new Kaira Pro.

Inside the box, we find Razer's traditional "thank you for your purchase and welcome to the Razer family" message, the headphones (yes, they are included), USB-C charging cable, and the detachable microphone with boom tip. As the Kaira Pro connects wirelessly through Microsoft's own Xbox Wireless tech, there are no transmitters or USB dongles.

With the Kaira Pro (and 'regular' Kaira), Razer breaks away from its traditional metal circular design and delivers a headset that somewhat follows the design of the company's recently-introduced Opus headset. Being an Xbox headset, the Kaira uses green accents on the headband and earpads. Not everyone might be a fan of it, but the addition of customizable Chroma lighting on the earcups give the Kaira Pro a premium feel. As for the construction of Razer's outing - mainly plastics are being used although its hinges and headband have been reinforced with aluminum. A nice addition to the headband, are the rulers on each side that mark the nine adjustment steps of the headband - something that we've also seen on Corsair's Virtuoso RGB Wireless and the new HS75 XB. Overall, the Kaira makes a sturdy yet flexible impression.

I already mentioned it, but the Kaira comes with two microphones - the removable HyperClear Supercardioid mic which uses an improved pickup pattern for improved voice pickup and the blocking of noise, and the dedicated built-in mobile microphone.

For comfort, Razer has outfitted the ear cushions with a breathable weave that minimizes sweat and heat built-up, while the improved density of the memory foam inside the cushions aims to reduce the clamping force of the Kaira. The same foam can also be found on the padded headband to minimize strains.

On the left earcup, we find a microphone mute button, the volume dial, multi-function power button (for power and switching between Chrome lighting presets), USB-C charging port, and the microphone port. The right cup houses the Xbox pairing button, which also serves as a button to pick between EQ presets, the game/chat mix dial, and multi-function Bluetooth button. Although I really did need to get acquainted with the various button functions, I have become really fond of the ability to switch between the different EQ presets - need more bass? Switch to the bass preset. Playing a shooter and want more focus on footsteps? Switch to the FPS preset. You get the picture. Unfortunately, without going into the Razer Xbox headset App, there's no way of telling which profile you're using, but you'll probably recognize the different presets over time, especially if you're using your own custom EQ preset.

Razer's outing weighs in at approximately 365grams which is in line with recent wireless offerings from other brands, including Corsair's HS75 XB and SteelSeries' Arctis 7X, but considerably lighter than Turtle Beach's recent next-gen headset, the Stealth 700 Gen 2. Whereas the Artis 7X might come across as rather top-heavy, I feel like Razer has reached the sweet spot with the Kaira when it comes to weight balance. The headpiece manages to create a good seal without clamping too much and provides good comfort for extended periods. Thumbs up for Razer here.

Over the course of a few weeks, the Razer Kaira Pro has become my go-to headset while gaming on my Xbox Series S. Audio performance is good and Microsoft's Windows Sonic spatial audio works really well in games like Gears of War and Forza Horizon 4. Like with most headsets, the bass has been boosted and this might drown out some of the higher frequency sounds, especially when using Razer's 'Bass' EQ preset. Overall, I would say that Razer has done a good job of balancing audio, and with some EQ tuning, you can make it sound even better.

As mentioned earlier, the Kaira Pro comes with two microphones: the removable HyperClear Cardioid microphone and a dedicated built-in mic for mobile audio, and although the performance difference between the two is clear, I've actually been quite impressed with both. Razer's Cardioid offers clear voice reproduction with minimal distortion, and I might go as far as to say that this mic is among the best headset microphones in this segment.

As for the internal microphone - it's clearly meant to be used with mobile devices, but I was positively surprised with it. As part of my testing, I called several friends using and they couldn't tell whether I was using my phone's microphone or the one in the Kaira Pro.

Both microphones work well enough out of the box, but those interested can further tune the mics through the free Razer Headset Xbox App.

I don't know how Razer tested the battery inside the Kaira, but the battery lasts considerably longer than specified - even with Chroma Lighting on. Razer says that it should last up to 15 hours with Chroma lighting, but I managed to get around 19 hours out of it with slightly above-normal volume. Granted, I only used the Bluetooth connection on some occasions, but I would say that Razer's estimates are on the safe side as far as battery life goes. So turn on that pulsing Chroma - you know you want to.

The Bluetooth connection on the Razer Kaira Pro deserves its own subheading as it's one of the key features that separates it from competing headsets in this price range. Being able to stream music through your phone or even make calls while playing on your Xbox is a nice addition to have and works pretty well. The connection can also be used for mobile gaming, but being an Xbox headset, you will have the Kaira synced with Microsoft's console, and I ended up being quite frustrated with this. Hear me out here - using the Bluetooth connection requires the headset to be turned on, but as the Kaira is synced to my Xbox, turning on the headset also turns on my console, which isn't always what I want. I know this is more due to how Microsoft's Xbox Wireless tech works, but sometimes you just want to use the headset in combination with your phone or smart device. Also, I found out that disabling the Bluetooth connection on the headset is rather difficult as it kept reactivating the connection after a restart. I ended up desyncing the Kaira from my phone in order to prevent it from connecting to it. So yea, it's a nice addition to have but it doesn't work flawlessly.

Does Razer’s new outing warrant a purchase? Selling for $150, the Kaira Pro isn’t the cheapest wireless headset out there, and some of its rivals are either more versatile when playing on different platforms or offer a somewhat better audio experience. Still, Xbox players looking for a solid all-round wireless headset with a great microphone and Bluetooth connectivity can’t go wrong with the Kaira. And indeed, that Chroma lighting is just the topping to an already great dessert (just don’t actually put cream on the Kaira). 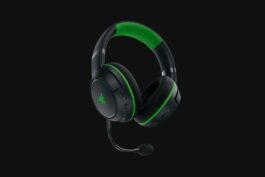 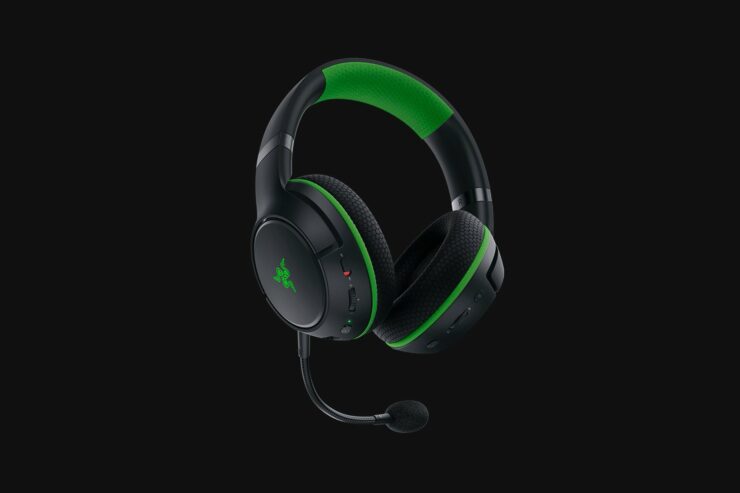 Xbox players looking for a solid wireless headset with a great mic won’t regret the purchase. Those looking for a headset that also works on other platforms might do better to look for an alternative.