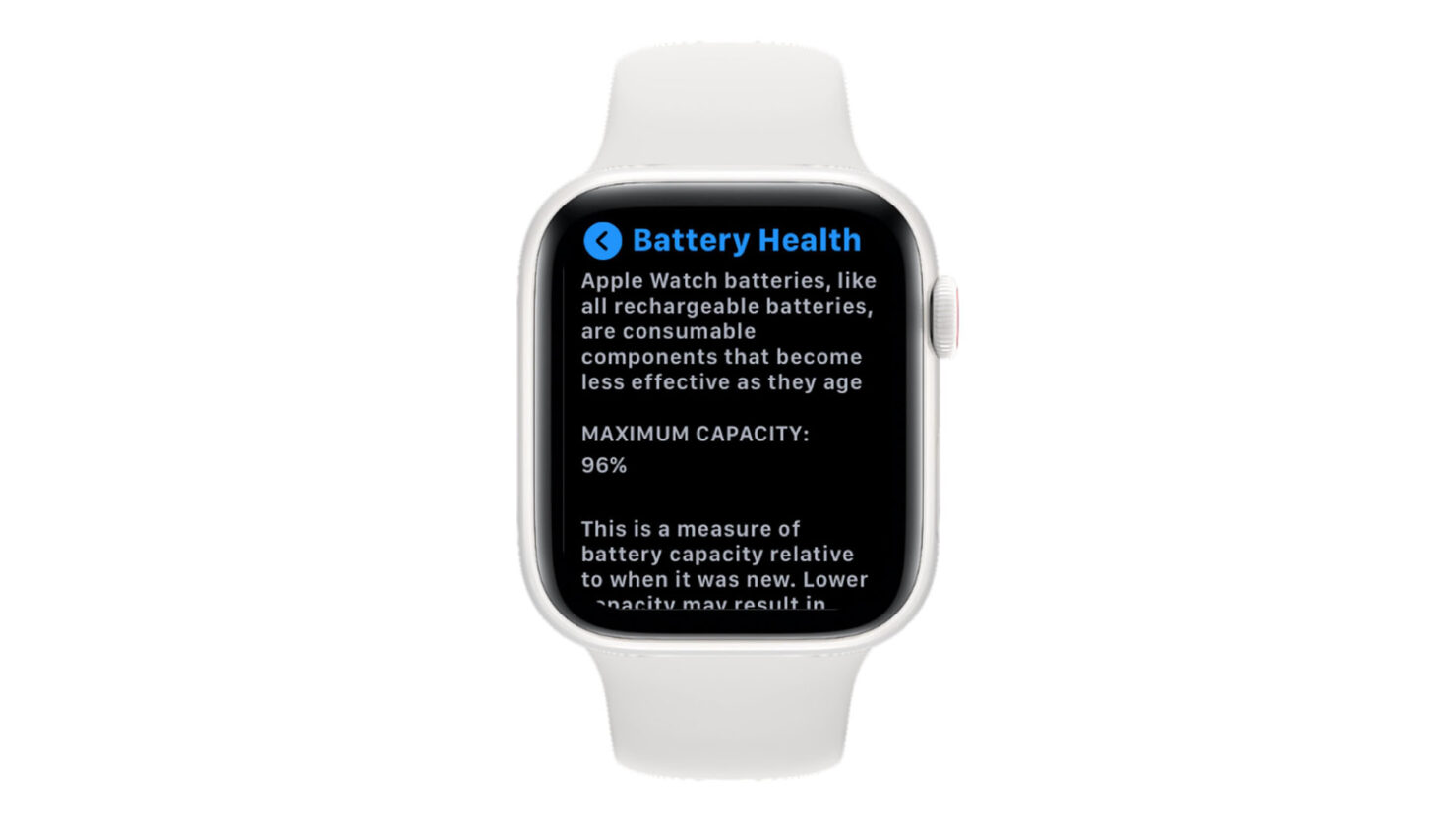 When Apple previewed watchOS 7 during its WWDC 2020 keynote, there were lots of features to look forward to when the update would drop later in the year. However, one interesting find by a Reddit user Xx_Kellan_xX will help wearers know if they should replace the battery of their existing Apple Watch or upgrade to a newer version altogether. Yes, you guessed right; Battery Health will be coming to watchOS 7.

The feature was previously available for iPhones and it was delivered after Apple came under fire for deliberately slowing down existing iPhone models in order to preserve battery life. Apple later apologized and introduced the Battery Health feature with which iPhone users could monitor the existing percentage of a battery’s overall capacity. With the feature arriving for compatible Apple Watch models, which in this case is Apple Watch Series 3, and later, owners will be able to check how long before a cell replacement is in order.

Considering that Apple Watch models use much smaller batteries than those present in iPhones and iPads, wearers might have to replace existing cells much sooner than expected. That’s just the limitation of lithium-ion batteries, and sadly, there’s no word on when a better technology would be commercialized in the future. We also decided to check the Reddit thread for ourselves, and surprisingly, DrDeDonder claims that an Apple Watch Series 3 is in his possession and it currently has 97 percent battery health.

If it’s true, that’s a highly impressive figure, showing that DrDeDonder is taking care of his smartwatch when it comes to battery charging practices. If you want to download watchOS 7 Beta right now and check your model’s Battery Health, you can follow one of the guides given below and let us know the stats down in the comments.

Here’s some more watchOS 7 coverage for you if you’re interested.