Which Apple Watch Devices Are Compatible with watchOS 7 Beta? [List] 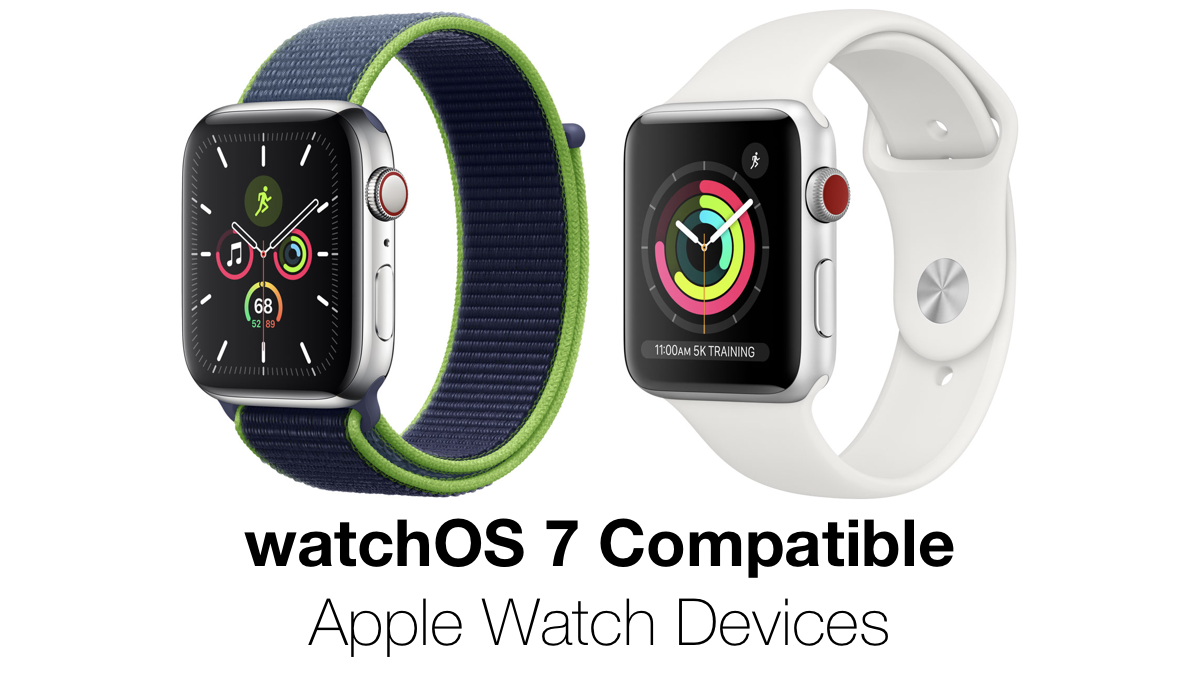 Is Apple's watchOS 7 beta compatible with your Apple Watch? Here is the complete compatibility list for every supported model.

If you are here to learn more about the new watchOS 7 update and what it brings to your Apple Watch, then be sure to check out our launch post by going here:

Apple Watch received a lot of love today from Apple and there was bound to be a dark side to everything. We're talking about compatibility, obviously. Last year, Apple went a mile ahead and blessed the Series 2 and Series 1 Apple Watches with the watchOS 6 update, albeit late, but now, things are coming to a sad end for the aforementioned wearables.

We're sad to inform users of Apple Watch Series 2 and Series 1 that the new watchOS 7 update will not be available to you. Will Apple reverse its decision down the line? It will not, as the aging hardware of the two older watches is simply not capable of running the new software.

Here is a complete list of devices compatible with watchOS 7 beta:

But it gets even stranger if we take a deeper dive. If you have an iPhone that cannot run iPhoneOS 14, for example an iPhone 6, then the watchOS 7 update will not be compatible on your Apple Watch either. Even if the device is a Series 5, Series 4 or Series 3. Why is that so? Because iOS 14 is a strict prerequisite for installing watchOS 7 beta / final. Same was the case last year as well with watchOS 6, hence don't be alarmed or surprised here at all. Your shiny new Apple Watch is absolutely fine, your iPhone is the culprit if you don't get the latest update.

At this point, it would be really wise to upgrade your iPhone to something that supports iPhoneOS 14 out of the box. There are plenty of options available to you. In fact, if a device can run iOS 13, then it will run Apple's latest software update. What this means is that you can grab an iPhone 6s at this point and enjoy all the benefits of Cupertino's latest and greatest software update.

If you are looking for tutorials on how to download and install watchOS 7 beta onto your supported device, then be sure to check out the links below: