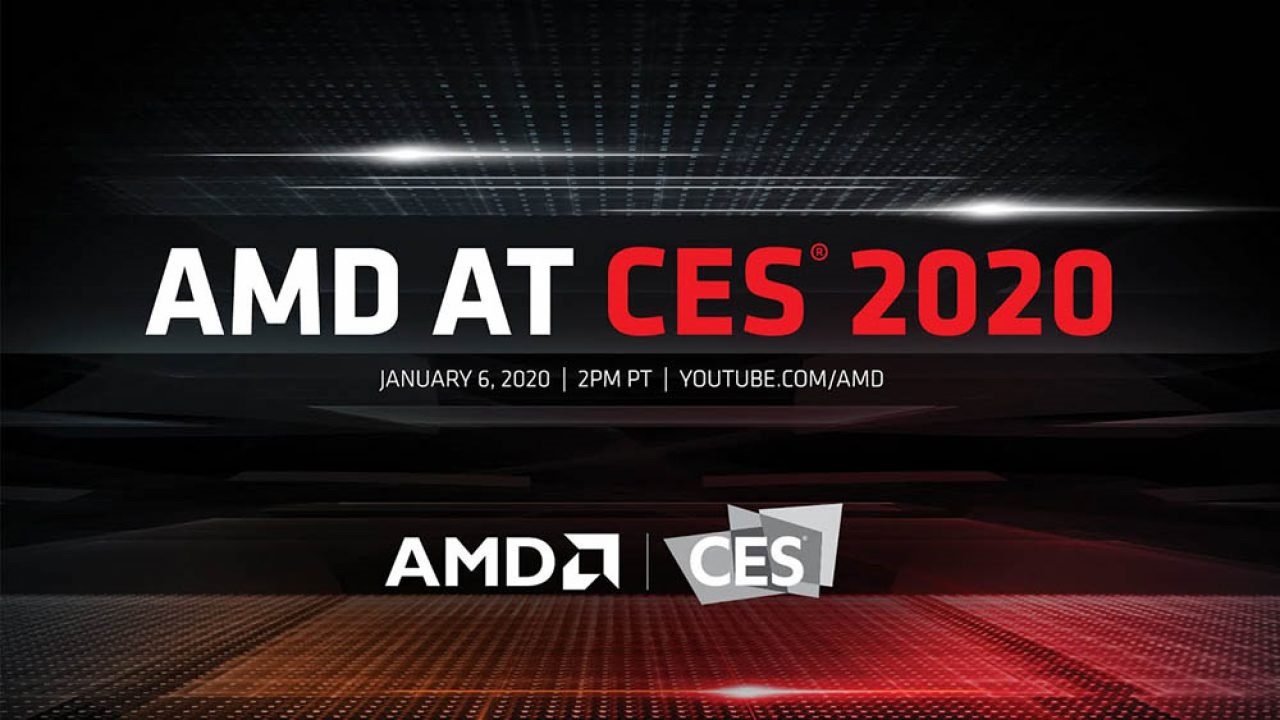 CES 2020 has officially kicked off and AMD will be hosting its annual keynote later today, offering a look at their current and upcoming high-performance computing portfolio. AMD's CEO, Dr. Lisa Su, will be presenting during the keynote, giving us a taste of what's next to come in the Ryzen, Radeon and EPYC family.

AMD will be delivering its high-performance keynote live from Las Vegas at 2 PM (Pacific Time) on the 6th of January.  The opening keynote will be delivered by the CEO of AMD, Lisa Su, and we can expect tons of announcements and introduction to their 2020 product lineups.

AMD today announced that it will hold a press conference as a part of the official CES 2020 Media Days, and hosted by AMD President and CEO Dr. Lisa Su. The event is scheduled for Monday, Jan. 6 at 2:00 p.m. PST at the Mandalay Bay.

A live stream of the event will be available on the AMD YouTube channel.

As for what we can expect to see at AMD's CES 2020 press conference, there are a few products, which we know are indeed being announced at CES 2020, but we can also see a host of new CPU and GPU announcements which cover their 2020 and future lineups. Following are the products that we expect to see from AMD at CES 2020.

The AMD Ryzen Threadripper 3990X was teased back in November, but the 64 core chip monster is going to make a formal appearance at AMD's CES 2020 conference. We know that this is as high-end as HEDT CPUs can get, with 64 cores, 128 threads, 288 MB of cache, tons of PCIe lanes and a TDP of 280W while being aimed at the current sTRX4 socket-based TRX40 motherboards.

There are also chances that we get to hear about the Ryzen Threadripper 3980X, a 48 core and 96 thread chip which would be awesome and will be making the Intel Xeon W-3175X obsolete once and for all. The AMD Ryzen Threadripper 3990X would be the flagship and the one and only CPU to rule them all in 2020!

No CES is complete without a mobility announcement and this year would be no different. AMD is also expected to introduce its Ryzen 4000 APU family known as Renoir. The AMD Renoir APU lineup would bring their mobile processors on to the new 7nm Zen 2 platform which would offer a huge increase over existing Zen+ based Ryzen 3000 APUs.

Recent leaks have hinted us that the Ryzen 4000 APU family would be a much bigger deal than expected, offering Ryzen 9 SKUs with up to 8 cores and 16 threads. The new GPU design would allow for much higher clock speeds along with a modern feature set which should boost the GPU performance of the integrated core. Expect lots of laptops in various flavors from AMD's OEM partners such as ASUS, HP, Lenovo, Dell, etc. We can also not rule out the possibility of getting some sort of announcement for the 4th Gen Desktop APU lineup which should replace the current Ryzen 3 3200G and the Ryzen 5 3400G APUs.

The other product that might make an appearance at CES 2020 from AMD is their Radeon RX 5600 XT graphics card. Based on the 7nm Navi GPU architecture, the Radeon RX 5600 XT is expected to offer the same core count as the Radeon RX 5700 but with a cost-effective VRAM design and tuned clocks to deliver more performance per dollar.

As per leaked specifications, the card offers 2304 cores, 6 GB GDDR6 memory, and a TDP around 150W. The pricing of the card is expected to be set around $279-$299 US while offering much better performance than the GeForce GTX 1660 TI and the GTX 1660 SUPER. This could be a game-changer for AMD in the sub $300 US market range if the pricing and performance figures turn out to be as good as they are stated in recent leaks.

Now we enter the more speculative territory and I think that CES is the best platform to start the year big and what could be bigger than a tease of Zen 3, AMD's next-generation high-performance core architecture, which would go on to power their future Ryzen, Ryzen Threadripper, and EPYC CPUs.

We might just see a small performance tease of the Zen 3 core, which would be pretty sweet. We might actually get to see a product based on Zen 3 but that might be too early. But given how grand of a scheme Zen 3 is going to be for AMD, considering it offers a brand new architecture and brand new features, just getting some kind of word on Zen 3 would be more than enough for all of us enthusiasts.

The next-generation RDNA based high-end GPUs are expected to feature hardware-accelerated ray tracing along with other key features such as more compute, more high bandwidth memory design and the new 7nm+ process node. The graphics card is currently expected to hit retail around 2H of 2020 but development or early board or the 'BIG NAVI' chip as I like to refer to it as could be showcased during the event.

With all of that said, expect a great CES conference from AMD and let us know in the comments below what you would like to see at AMD's conference. As always, we will have a live stream post ready a few hours before the event goes live.