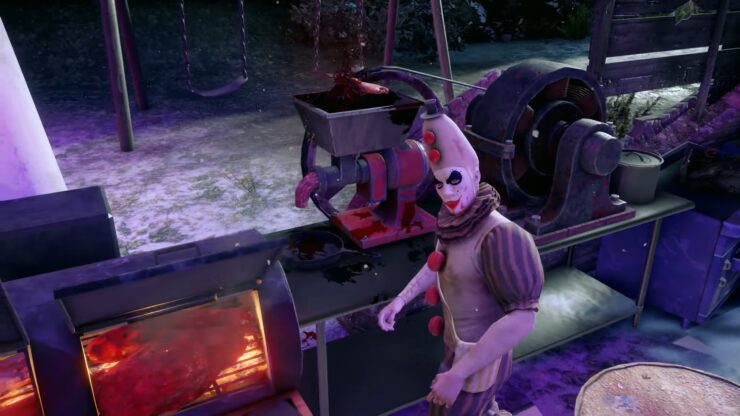 Is there any better way to promote a title than a drunk man blathering on about a bunch of random stuff? No, I didn't think so. InXile Entertainment and Deep Silver are quite well aware of this if the new trailer for Wasteland 3 released at E3 is anything to go by.

The legendary series, which pioneered the post-apocalypse genre in video games, returns players to the role of Desert Rangers, lawmen in a post-nuclear world working to rebuild civilization from the ashes. Trading the dry, dusty heat of the American south-west for a perpetually frozen Colorado, Wasteland 3 features a number of chilling new locations where the Rangers receive an even frostier reception from the locals.

In addition to narrative choices and consequences, and the tactical turn-based combat that the series is known for, Wasteland 3 delivers brand new features, including a dynamic conversation system that highlights the weird and wild denizens of the Colorado Wasteland, an upgradable player vehicle, and the ability to play through the storyline cooperatively with a friend online. Today’s trailer provides a small look at the big things in store for Wasteland fans.

If the trailer is anything to go by, I'm going to love it. From rampaging wildlife, giant mechanical enemies, scary cannibalistic clowns and a whole range of weapons. All guided by a friendly, drunk, old man. I'm a big fan of the original Wasteland, Wasteland 2 was one of the very few huge crowdfunding successes that delivered and it seems Wasteland 3 could do the same.

I get the feeling I can believe inXile CEO Brian Fargo when he says “Wasteland 3 is a passion project for inXile and especially me. I directed the first Wasteland in 1988 and its sequel was one of the original great crowdfunding successes, and it’s a series we care deeply about. Thanks to our partnership with Deep Silver and Microsoft, we’re able to deliver the kind of deep, immersive experience that Wasteland fans want and expect.”

One thing that is worth reiterating for people, as we covered earlier this year, is that inXile has already made clear that Wasteland 3 will not be an exclusive for any store of any kind. In a Fig campaign update, InXile had this to say regarding the game's launch:

To restate it again: we’re committed to our backer promises, and you can expect the Steam and GOG versions of the game on launch day. No store exclusivity.

Being developed by InXile Entertainment and published by Deep Silver, Wasteland 3 will be arriving on the Xbox One, Xbox Game Pass, PlayStation 4 and the PC (Windows, Mac & Linux) during Spring 2020.