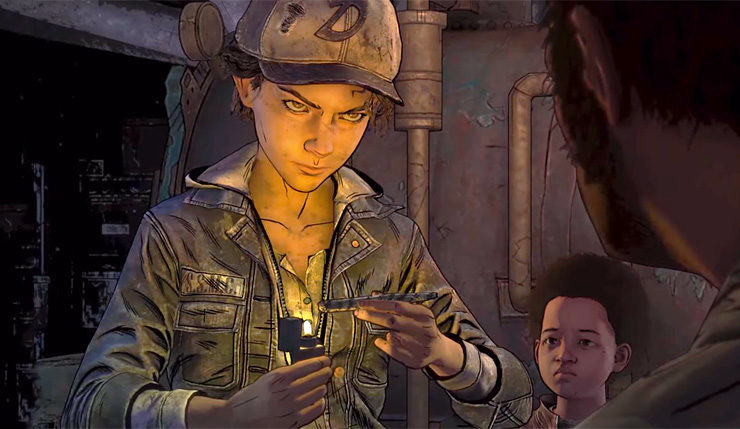 Warning: The following article and trailer contain spoilers for the first two episodes of The Walking Dead: The Final Season.

The Walking Dead: The Final Season’s third episode, “Broken Toys” is just a little over a week away. For a while, it seemed like Episode 3 wouldn’t happen -- Telltale Games recently shut down and cancelled all future projects. This included the remaining two episodes of The Walking Dead: The Final Season. Thankfully, Skybound Games, a new studio founded by Walking Dead creator Robert Kirkman, stepped in to finish the season with a dev team largely composed of ex-Telltale employees. We got a release date for Episode 3 shortly before Christmas, and now Skybound has dropped a trailer. Check it out, below.

Looks like Clementine is going to a dark place in this episode – torture, a full-on war with Lilly’s survivors, and maybe even becoming a Whisperer? On the flip side, is that Lee at the end of the trailer? I assume this is just a flashback or dream, but hopefully Lee can talk a little sense into Clem all the same.

The Walking Dead: The Final Season has been gripping stuff so far – good enough to qualify for Wccftech’s Best Adventure Games of 2018 list in fact! Here’s what I had to say about the first episode of the season:

“The Walking Dead: The Final Season is one of Telltale Games’ best efforts in quite some time. It builds its cast of likeable new characters with uncommon skill, lets you feel a glimmer of hope, and then tears it all down in devastating fashion. I’m afraid of what might come next for Clementine and AJ, but I can’t look away…The Final Season has already sunk its teeth into me.”

The Walking Dead: The Final Season Episode 3 shambles onto PC, Xbox One, PS4, and Nintendo Switch on January 15. The PC version is now exclusive to the Epic Games Store.