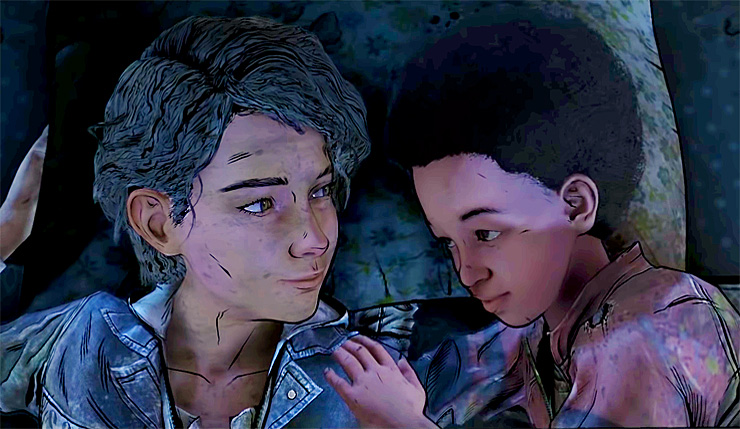 Recently Telltale Games shocked the gaming world when they announced they were preparing to shut down and cancelling all future projects. This included the final two episodes of The Walking Dead: The Final Season, but earlier this month it was revealed Skybound Games, a new studio founded by Walking Dead creator Robert Kirkman, would be stepping in to finish The Final Season.

Good news on the face of it, but many questions remained. Would Skybound Games bring in former Telltale devs to finish the season or start with a new team? If Telltale employees returned, would they be properly compensated, and would the toxic crunch that afflicted Telltale be avoided? And how long would fans be waiting for the rest of the season most of them already fully paid for?

Well, now we have a few more answers about the future of The Walking Dead games courtesy of a Reddit AMA with Skybound Games CEO Ian Howe. When asked, Howe said he “fully [expects] Episode 3 to be this year,” and would be “very disappointed” if it didn’t happen. On the subject of staff, Howe hopes to put together a team comprised entirely of former Telltale devs…

“The plan is for it to be staffed 100% by former Telltale staff, the only time we'd look elsewhere is if we can't fill a particular role from former Telltale people. […] At this stage, we're still in discussions with various members of the team and I met over 40 of them last week to discuss our plans moving forwards. They know what we're trying to do and as soon as the lawyers have done their thing, we'll be able to speak more openly. One thing you should know is that we'd like to celebrate the team and their work over the coming months, so expect to see some cool stuff that looks back on the creation of the series.”

Interestingly, Howe also hinted that Skybound Games has plans beyond finishing up The Walking Dead: The Final Season. Could some of the Telltale employees being brought in to finish this season end up becoming more long-term employees? That would certainly be a best-case scenario.

Questions about Telltale’s workplace environment and whether Skybound would repeat past mistakes were also raised. For his part, Howe claimed to be a “huge advocate of a good work/life balance” and said nobody would have to work  “inhumane hours.” Skybound Games will also set up a workplace in the San Francisco area so former Telltale staffers won’t have to relocate.

There are still concerns surrounding the closure of Telltale, including unpaid severance, but it seems like Skybound Games is trying to make the best of a bad situation. Hopefully they can help some of the folks who lost their jobs land on their feet.

I reviewed the first two episodes of The Walking Dead: The Final Season for Wccftech – I found Episode 1 to be a gripping and emotional return to form for Telltale, and Episode 2 to be a slightly less impressive, yet still solid, middle chapter.

What are your thoughts? Do you like what you’re hearing from Skybound Games? Are you excited for The Final Season Episode 3, or are you remaining cautious?