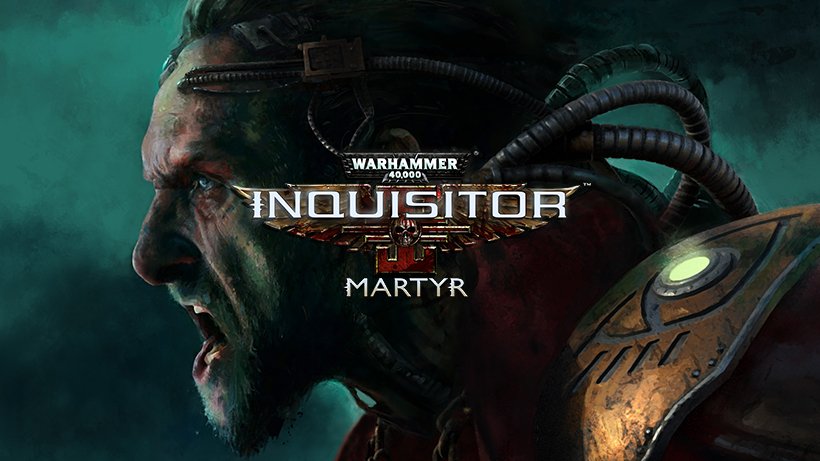 Hungarian developer NeocoreGames made a reputation for itself in the Diablo-like Action RPG subgenre with The Incredible Adventures of Van Helsing, a trilogy of games released for PC, PlayStation 4 and Xbox One.

In July 2015 they announced the development of Warhammer 40K Inquisitor Martyr, another top-down Action RPG based on the renown Games Workshop IP. Inquisitor Martyr was originally due to launch in 2016, but its ambitious feature set (destructible cover system, ongoing World Events influenced by the community, indirect and direct PvP modes) forced Neocore to delay Inquisitor Martyr for two years in a row. Now, though, the finish line is in sight with an expected Q1 2018 launch for the full version of the game (a preview has been available via Steam Early Access since late August 2017 and before that via the developer's own website).

We interviewed PR Manager Gergo Vas to get an update on the development status and the team's focus in these last few weeks.

How did The Founding campaign fare compared to your original expectations? Is that something you might do again for future titles?

Absolutely, although whether something like our Founding campaign is successful or not I
think is genre-specific. One of the main goals of the Founding was to build a cool community of
ARPG and W40k fans and I think it worked well. For an ARPG like this, balancing and constant
feedback from players is essential to roll out a good game at the end, it won't work if you don't have a core community from day one.

Fans who have been playing via Early Access are a bit skeptical about the proposed Q1 2018 release window. Do you have a large update ready in your internal build?

The 0.7 update was the biggest update we had since the Early Access launched including a new class, the early parts of the story, a completely redesigned more dynamic and balanced leveling system, new map types and so on. With testing included it took a bit more time than expected, but since we are already working on the next content patch, the proposed release window hasn't changed.

Are you satisfied with where combat is right now in terms of polish, hit feedback etc.?

We certainly feel more and more satisfied with it as development progresses and progressed during the Early Access. But the game is still in the Early Access phase so there will be further polishing. Player feedback is crucial in this. Our core focus right now for example to tune class skills to be much more dynamic, rebalance all the enemy types and the cover system as well. Besides that, we are fine-tuning melee combat too and we would like to create more complex elite and boss battles compared to the current ones.

Have you given any thought to adding movement skills in order to improve the fluidity of moving between enemies?

I can't really go into detail, but as mentioned above this is something we are looking into
right now.

One of the defining features of Warhammer 40K Inquisitor Martyr is the cover system, which is something of a novelty for an action RPG. However, the reception has been mixed so far in the community - is that something you might still improve upon and if so, how?

We have an in-game survey regarding a lot of features including the cover system. Also, we
read the players' feedback on all of our sites. And indeed we feel it too that the cover system
needs a bit more love. It's one of the top priorities on our list to make the cover system better.

Are you planning to add more classes to the game post-launch and if so, will this be paid or free DLC?

Right now we are focusing on finishing the game with all of our resources, to add more variety, more content to it and also to wrap up the story. We absolutely want to support the game post-launch, to satisfy players who reached the endgame and want new challenges.

We're not working on post-launch content at the moment so I'd rather come back answering
post-release content after the game is out.

How long will it take to complete the story campaign?

It should be the length of what people may expect of an ARPG. If you are not speedrunning it and take your time, it will be a pretty long and far-reaching storyline. I would rather not say an exact time, but the chapters included in the 0.7 update were just a glimpse of what to expect and
can give you an idea. There's still a lot of work to do on it.

Do you have an update on how the persistent universe with the mini-campaigns and the community influenced storyline will work?

At the release, we’ll have the followers of Nurgle in the game (among many other enemy types, of course), but later we are going to include other Chaos Gods with their creatures, for example, not to mention the various Xenos races making an appearance in the sandbox Sector, and this will all happen during the community influenced storyline called Seasons. Besides, each Season will have new priority assignments, Grand Investigations (which are chains of missions that tell a story with ties to the central theme) and special events.

Are fortresses still coming? What about controllable vehicles?

Controllable vehicles are coming very soon, it's one of the things we are working on and
testing at the moment. And you'll see fortresses too at some point.

With regards to PvP, what kind of additional game modes are you considering for future patches?

It's not the main focus right now, at least not till the final release. But we'd like to add new
game modes to it later.

Is there are a chance to see Inquisitor Martyr (and possibly The Incredible Adventures of Van Helsing games, too) ported on the Nintendo Switch?

There's always a chance, but it's not planned at the moment.